Yesterday (13th February), after one day off from touring (though not exactly), LP took the stage at the Commodore Ballroom in Vancouver, Canada. Before the concert, during her off time, LP & her friends enjoyed bowling at Emerald Lanes in Idaho. I wonder which team won, LP’s or Alex’s? Ah yes, Alex, I was able to verify name of LP’s guitarist, it is indeed Alex Feder. Alex has a lot of experience, he has been a freelance solo artist since 2005 and for more than 6 years he was a guitarist for Enrique Iglesias Band. I hope he will enjoy being in the band again, and that he is a good fit for LP.

But back to Vancouver in Canada, it was another sold out show, they do love LP there. The concert took place in a pretty historic building – the Commodore Ballroom, a renowned music venue built in the Art Deco style of the late 1920s that was opened in 1929. Over the years the venue has hosted notable Grammy Award or Juno Award winning performers including U2, Red Hot Chili Peppers, The Police, Pearl Jam and Lady Gaga, to name just a few. If you are interested into the history of the venue, you can check it here.

The concert started with familiar sounds of ‘Strange’ and when it comes to the setlist it followed in the footsteps of previous gigs. But as I mentioned it before and I will keep repeating, no matter what the setlist looks like, each show is unique because of LP, the atmosphere, the public and even venue itself. That’s why, no matter how many concerts you have witnessed, you still feel the need for more, because LP is one hell of a performer, she sucks you into her world and keeps you in it, long after notes of her last song could be heard.

That is also why, when you enter LP’s world and her music, you want it to last and never to end. You always want more. And it’s not just mine oppinion, it’s something common amongst LP fans. So let’s hear more from them. Galina (@galina_skov): ‘That was awesome ? some people are born to share their positive energy and inspiration. “Let’s raise a glass or two to all the things I’ve lost on you…”‘. Erin (@erinknudsen): “Less than a year since the last time I saw her, but no less amazing”. Darcy (@dpaslawski): “Got to see @iamlpofficial in Vancouver. One word. Wow”.

Elena (@starlightmint): “Absolutely gorgeous creature @iamlpofficial at the @commodoreballroom last night ?”. Maria (@maria.lavetkina): “@iamlpofficial you are the best thing that has happened to me so far this year ? thanks to my Valentine ?”. @thealaleh: “I tried really hard not to be that person but I had to do it. #mylifeiscomplete now that I’ve heard her #angelicvoice in person”. Ciarra (@ciarracook): “Valentine’s Day came early last night when LP melted my heart and brain with her stunning vocals ❤️??”.

Mat (@matlyle): “The unbelievable LP (@iamlpofficial). That voice ? that whistling ✨”. And one more from Trina (@trina_laine): “Had the most incredible night seeing @iamlpofficial with my sisters! LP has one of the most unique voices of this generation and is a hell of a performer. Vocals ?. Thanks for the high fives, hand holds and making us feel incredibly special. We love you”. That would be end of the quotes. For few official pics of the concert click here. So far I haven’t seen any proper photo-gallery of LP’s shows, but there should be some in the future.

Yesterday, after the concert Elias celebrated his birthday, so happy birthday Elias! You have become a vital part of LP’s band and I am happy I could meet you. You are a great drummer, nice person, and on top of that, you’re not bad to look at! But not only Elias celebrated his birthday… It just so happens that this blog has been up and running for a year now, so I am celebrating a tiny anniversary as well, hopefully with you – my readers. I hope I will be able to provide you more LP posts in the future, preferably more of those based on my own experience! But until then, US tour continues tonight in Seattle. 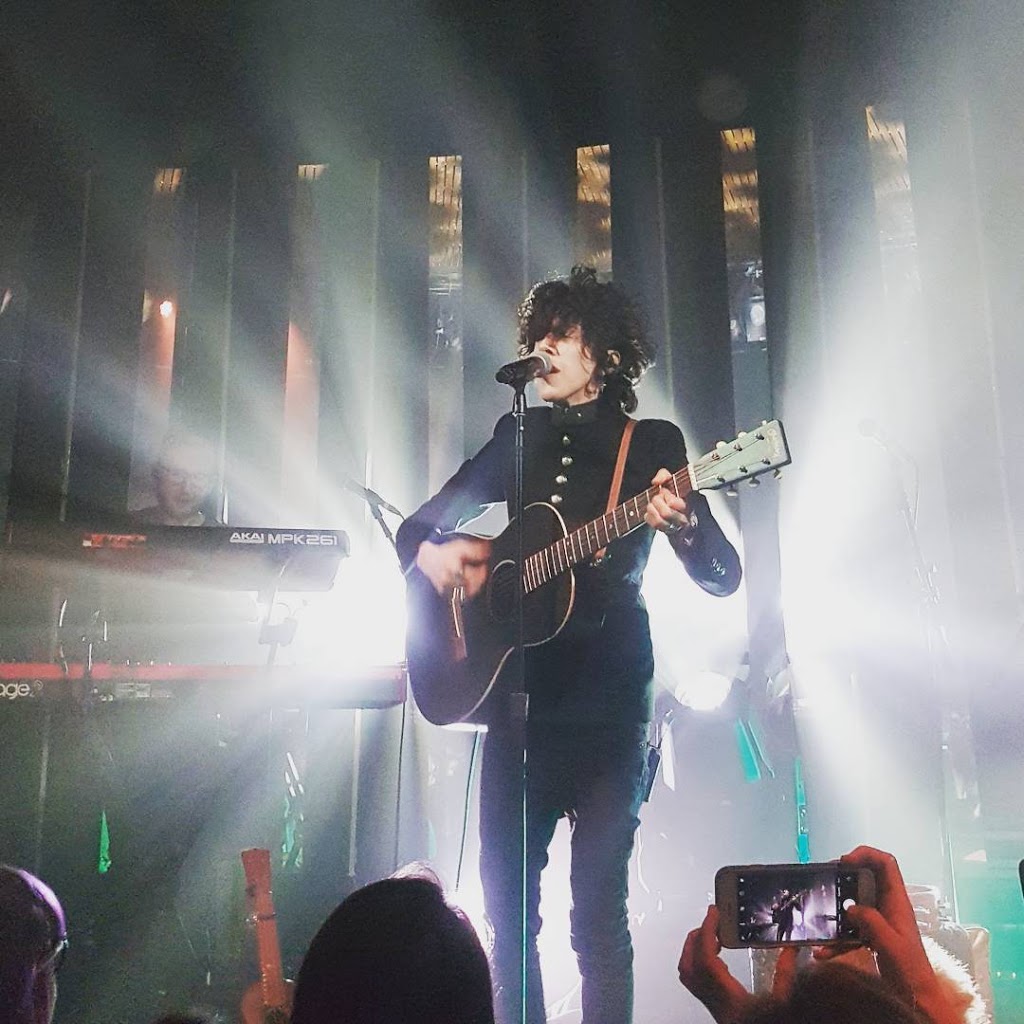