On the 2nd of July LP and the band travelled by bus all the way from Naples in Italy to Colmar in France. It must have been really exhausting, but they have safely made it, just in time for one of the final concerts of this European Summer tour. LP took part in 70th edition of Foire Aux Vins Festival, she opened for Pixies, an American alternative rock band formed in 1986 in Boston, Massachusetts. As LP described them in her Insta-story, she opened for ‘legendssss’ and she of course stayed to watch their concert, at least some part of it.

Today’s coverage is courtesy of Christina, lovely girl from Germany who wrote to me a while back to thank me for the blog and I even got a ‘Life is a journey’ pendant from her, as a thank you! The one that brought me such luck in Ostrava. So we stayed in touch and here are her expressions of that day! “Now, I am back home and still full of feelings and emotions! I can’t believe what happened! I had never ever thought that I will “meet” her! On the way home I had suddenly started crying because I was aware of what a luck I had! Unbelievable! Incredible! But from the beginning…”.

“I went to the festival grounds at around 16:00. First I met a few French fans. It’s funny when you “know” people from the social media and then you see them in reality! ? Then the German fans. They are really very nice and kind and they have been very fond of me. We sat in the shadow facing the theater. The barriers for the ticket control were still empty, so we were very happy to sit in the shadow as it was very hot. I have booked “express tickets” and the entrance was at 18:30, the others (girls from LP Germany also) were admitted at 18:45. I could stand in the front row and waited for the girls”.

“Around that time JD, Brian, Elias and Darren began to bild up the technique and instuments. It seemed that they were very late. They did a quick soundcheck without LP.  At 20:00 LP started with “Muddy Waters” and from the first moment on she was as present as ever! No trace of fatigue after 13 hours of traveling! Unbelievable! She played for an exact one hour without any extra songs. Anyway, it was great, she was funny, nice, full of power and energy, interactive with the crowd. At “Someday” she came down from stage (at first she couldn’t find the way!) again Darren was with her, to take gifts, give autographs, take selfies and shake hands (mine also! ?)”.

“I didn’t want to hold my mobile directly into her face, so this I haven’t recorded. But I don’t like this at all. After “Lost on you” she left the stage. We were all full of her energy and also very wet because in the theater it was very hot – it was/is a very nice place for 10000 people, but it was something like a tent so there was no air to breathe. On the stage it was also very hot. LP and the guys have sweated too. After the concert we went outside, bought some new T-shirts for the next concerts and to cool down a little bit. On the stage instruments were being prepared for the Pixies”.

“We wanted to know how it will look like so we went inside again. Then one of the girls saw that LP is on the side of the stage to see the concert. We wanted to get a little bit closer, but there were too many people and we couldn’t get into place. Finally, we have found a place with a better overview and there… was JD!! We have asked him for a photo and he was very kind! So that’s how I got a pic with him as well. Then, one of the girls saw that few people were waiting in the backstage area. We run down and there she was!”.

“At first, there was just a few people, but then more and more come. I would say maybe 40 people gathered. First it looked like she wanted to get back, but she turned and gave me an autograph on my CD and then I have asked for a foto. My husband wanted to take it. The quality is sadly not very good because of a light in the background. But I have asked her for a selfie too and she did it for me! Unbelievable! When I went outside I had to jump for joy! Couldn’t believe it! Each and every person that waited got her autograph/selfie… until the very last person was satisfied!”.

“She really is as cute and adorable as I thought she would be. You could feel her energy and joy! And she is so incredibly authentic! I thank God for her and thanked him for what happened! For me she and this night is one of the greatest gifts I have received in my life! Of course, my back was in a total pain afterwards, but LP’s energy was still there and its like we were in a rush. We went outside to wander around the festival’s ground as it was a very warm night. Lots of people, partying, restaurants and music. We have found a quiet place to talk a little and went to a restaurant in a hall of the festival. We were back at the hotel at around 23:30 but it took me a long time until I fell asleep. Of course I wanted to write to you immediately, but I was too tired. And that was my exciting trip to Colmar!”.

Thank you Christina, I am very happy you had this opportunity and that you got to meet her in person. She really is the kindest and takes time with her fans. That’s one of the things that make her so unique in music industry…  Now for some interesting tidbits, during LP’s concert a stork flew on the stage, thankfully it was only a plush toy, as it turns out ‘La cigogne Alsacienne’ is a trademark of the region where concert took place. For video of flying stork, click here. Right after the concert LP took part in press conference which was streamed live via Facebook and thankfully you can still view the video, click here. Few funny moments and some nice questions too. There is also a gallery of pics, just click here. Not many but some those few are nice ones.

For more images of yesterday’s concert, including video of ‘Lost on You’ and some tiny snippets from the concert too, click here. Judging from this article, she really charmed the reviewer, no doubt about it! Now, two days of rest (I hope!) and two final shows of this tour, one in France on Saturday and second and final one in Belgium on Sunday. Can you believe it? I can’t! I have spent so much time following this tour, and it has been demanding at times, but I do gonna miss this. 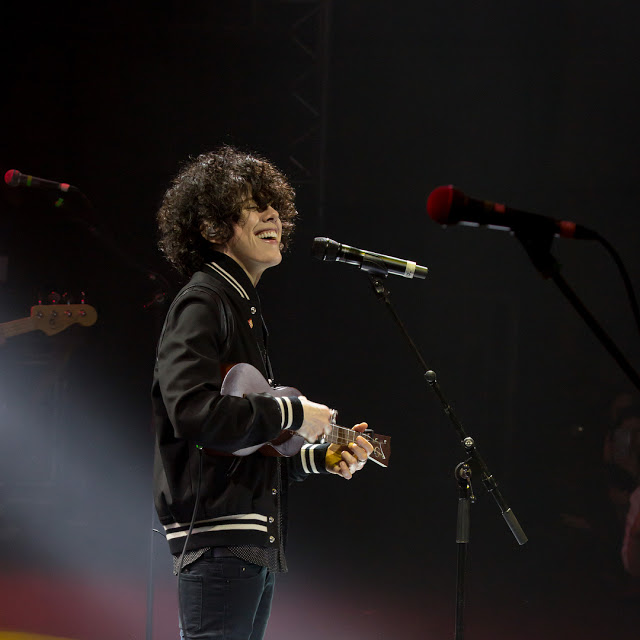 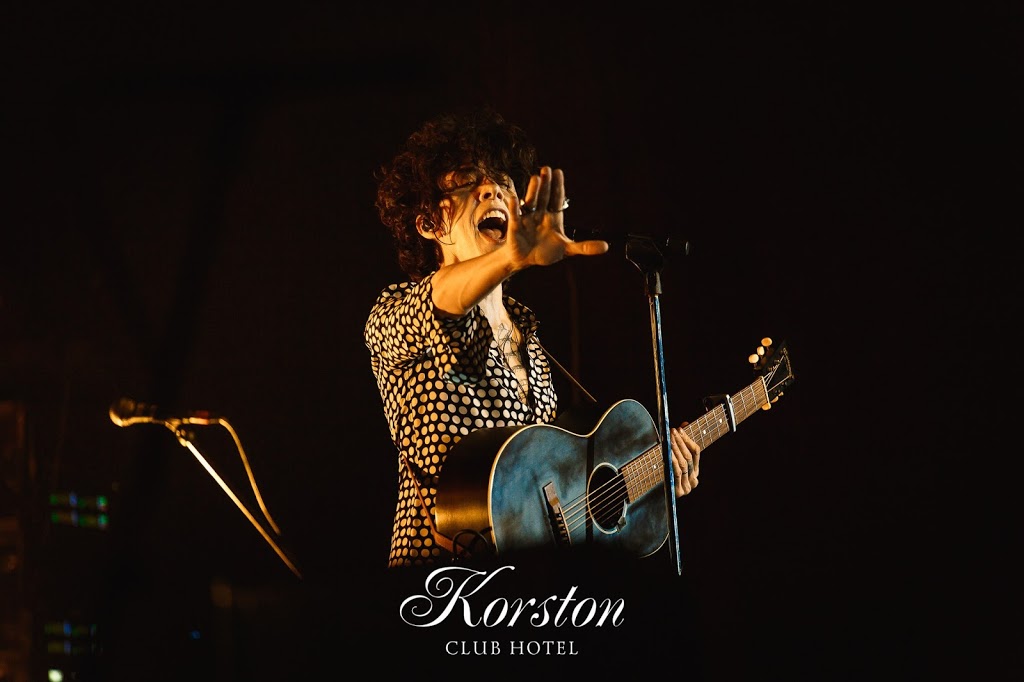 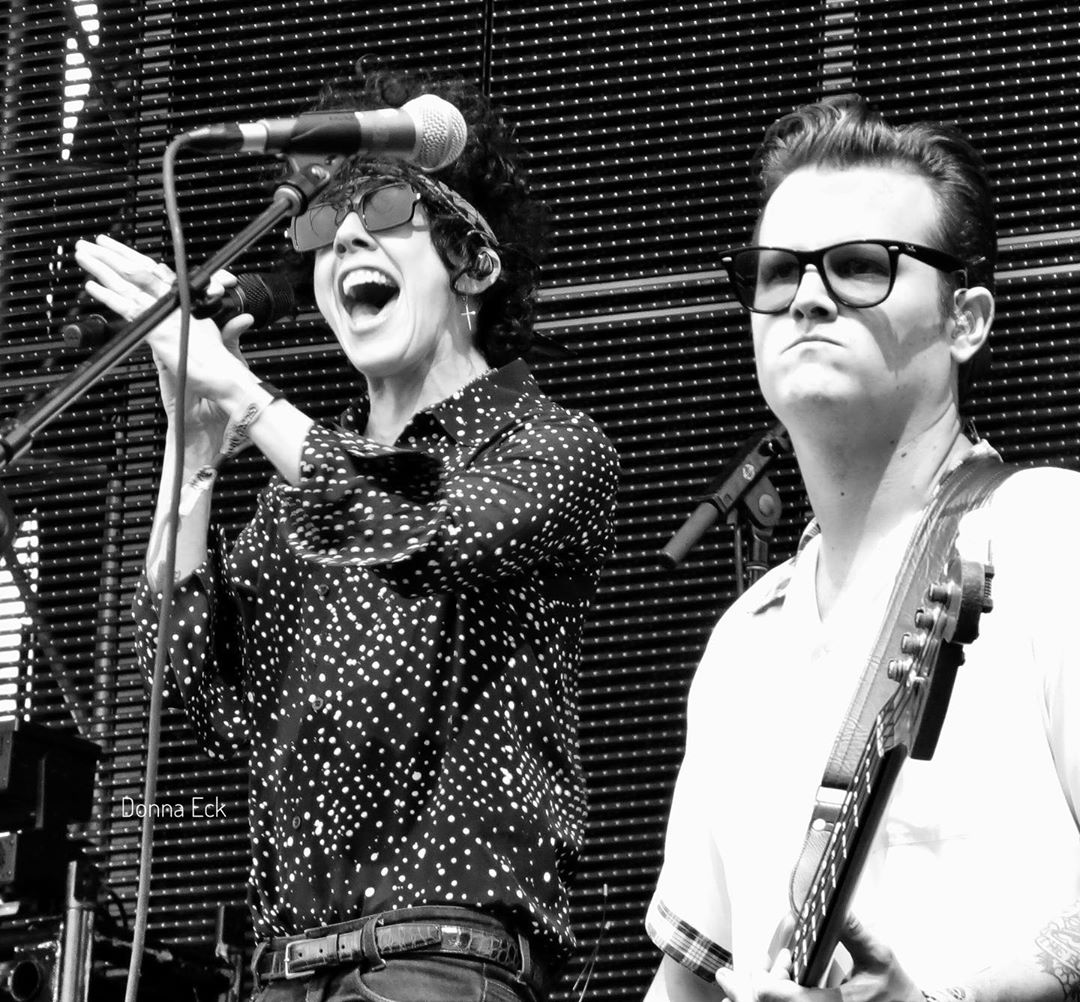