Let’s start today’s post with Instagram pics by LP & Lauren, who both have confirmed their engagement today. LP wrote “It’s true! We did it! Well she did it but I was gonna do it anyway so it’s done! ???♥️?. She asked I said yes and boom! We gone get hitched …soonish! ?”. And Lauren “First she said “what the fuck?” then she said “yes!” ❤️️”. Girls, one more time! Lots of love and a lifetime of happiness! All the best to the two of You!

And now a coverage of a concert that took place at Festival Les Déferlantes on 9th July in France. Today, I will be quoting Fragments d’Agnès (@agnes_fragments on Twitter), who did a great job, recapping the day! “Let’s get high in Argelès-sur-mer! 4 o’clock pm, time to go. Little bit nervous but I’m ready. I check my bag once again. My ticket is in my pocket. I’m adding some pics, pens and other things, like sheets and drawings… You never know… maybe I’ll meet LP and Lauren, maybe I’ll get to meet her band, maybe I will be able to offer her some beers… maybe… Ok, stop dreaming Agnès, come back down to earth, you’ve got to go now!”.

“I’m eating just before I’m leaving, I don’t want to move a finger and risk losing my place just because of hunting for some food through the huge crowd at the festival. Indeed, the organizers announced the show was full : Rationale, Last Train, Birdy, Midnight Oil, Sting and of course LP… it was a forgone conclusion. I almost never went to concerts or festivals before. But I bought a ticket this time, months ago, after buying one for Paris and another one for Carcassonne gig. Just for her, just to see her, because she is blowing my mind. I can’t believe she comes to my country, in the South of France. I have sparkles in my eyes, again”.

“I’m driving along the coast to reach Valmy, near Argelès-sur-mer, I’m passing a majestic castle and its vineyards, perched between the mountains of the Albères and the Mediterranean Sea. LP already sings, loudly in my car, as usual. Parking my car, taking the shuttle, and here I am, in front of the entrance of Les Déferlantes. I’m going right away to the Stage of the Sea, where LP is going to perform at 8. There aren’t many festival goers yet. Everyone is still lying on the ground, others are hiding under the trees. I’m going for a stroll, but come back quickly, I don’t want to walk… I sit like the others, 6 feet from the guardrail. There’s no more place against it… damn”.

“3 hours and a half to wait, grounded by a lot of unknown people. As I looked around me, I caught a sight of a woman, wearing the same jacket as LP. Great! Another fan! I won’t be alone! I’m getting closer to her and we began to talk, about LP of course. She lives in the South too, near Montpellier. I’ll stay with her for the whole show. Our purpose: to get as close to the guardrail as possible. 5.30 and people begin to stand up, first band starts at 6 in front of us. We come nearer, but two giant men are blocking the access to the Holy Grail: if LP will go toward us, we won’t be able to see her… Never mind, we’ll find a way, we’re women!”.

“Finally, I’m asking the man on my left (because the one on my right definitely won’t shift, not even a little bit) and Nathalie can slip between them both. During Last Train’s show on the second stage on the left, LP’s band and the Déferlantes’ team have been busy installing the drums, the guitars, the cables and mics and testing all of this. They seemed like they were flying from one side to the other, sliding along an invisible rope. A huge black flag with the 2 white initials of our fave singer rose in the background. Almost at point. Our hearts are beating faster and our smiles are getting bigger”.

“8 o’clock precisely. The previous band has just ended a few minutes ago. A deep sound raises from nowhere, like the mist above the land. Elias is already behind his drums. JD and Brian are making an entrance, we didn’t even notice when. They seemed to be carried by the sound. We all know this song and it still gives me shivers, everytime I hear it. For a moment, all the people stay immobile, without talking, waiting for the next second. Suddenly, deep voices echoing and She finally appears, feline with a leopard print shirt and black trousers, sunglasses on and a tambourine in her hand. “We are kneeling at the rivers edge and tempting… In the muddy waters we’re falling” The great show begins and the crowd explodes”.

“LP is in her element on stage, with her fans. She sends her powerful voice through the audience, for those thousands of people. She manages to captivate all of us, the younger and the older, her fans and those who didn’t even know her. Tightrope, her third song. She puts down her ukulele and quickly starts walking along the stage, to the left and to the right, to greet the women and men who are cheering on her, she’s stretching her arm towards them. A swarm of photographers can’t stop following her every move, trying to take THE pic”.

“Tightrope … LP’s and Lauren’s song … Will Lauren go on stage like on other times? I wish… But the photographers are still in place and Lauren stays behind. But we can see her, dancing and enjoying her love’s show. She seems to be over the moon, filming with her phone every time the festival goers explode with joy. Other People, Levitator, You want it all, Tokyo Sunrise, Up against me, Strange, LP switches from new songs to the olders ones and bewitches the crowd. We are all “over” and under her spell. She’s like a magical fairy, spreading her happiness and generosity in our hearts”.

“It’s hot, the sun is now breaking through the clouds, surely it’s LP’s gift. People exult every time she brings a glass of rosé wine to her mouth to quench her thirst. The songs come one after another, interspersed with a lot of sweet and lovely “merci boucou”, and her trying to pronounce “Argelès-sur-mer” (so hard, even for French citizens) or “how do you feel? Do you want something to drink?”, and then asking someone to serve each and every one of us a glass of something. A fairy clown! We all love her so much for that”.

“She goes on singing : “Some say when hearts race, there’s no saving grace”. So amazing, we can see ecstasy on each and every face. And when the chorus arrives, it’s like a blaze of glory, a firework. She starts to move her arm above her head and everyone is accompanying her, all at once. Suddenly the crowd turns into a big and alive sea, shaking its waves to the rhythm, all over the pines in the background. It’s like we are one body, moved by Captain LP: “Someday maybe they’ll change you change you. But don’t let, don’t let ’em lead you lead you astray. Stay young, make love!”.

“Being unable to stand still, she finally decides to join us. She can’t wait any more. Followed by her friend, she approaches her fans with a large smile, carrying on singing, louder and louder. Each hand is stretched in her direction, tenderly, respectfully and she is taking a huge pleasure in this exchange. She electrifies all those people, who were only waiting for this moment of true harmony. From side to side of both stages, LP is not forgetting a single fan, climbing on platforms, holding every hand, throwing her security guards off balance, taking selfies with the luckiest of her fans, sailing on this beautiful sea of success and gratefulness. We couldn’t have dreamt of better show. She’s just lighten up the gathering…”.

“Back on stage, she takes her ukulele to sing Into the wild and When we’re high, and finally her last and best known song, Lost on You. Once again, everyone is in a trance, reveling in each whistle of the Master, whistling with her, singing altogether with one voice. What a beautiful ending! Lauren jumps at the backstage with a huge smile. LP seems to be floating on the clouds. She thanks her audience again and again. JD, Brian and Elias play the last notes under a round of applause. And then she’s gone… and everyone is left stunned by her performance. She washed over the festival making an awesome impact. Birdy is already on the other stage, but I can’t go down to earth. I don’t want to. Oh please LP, let’s just do it one more time… a million times. Let’s get high!”.

Fragments d’Agnès – thank you! I cannot wait to relive it over and over again! One more week, and I’ll be seeing LP again! I’ll be carried by her voice, again! Magali, thanks for all the additional info & your pics! Have fun in Lollapalooza!!! PS. For tiny interview with LP recorded before her concert, click here. For article about the festival, click here. Also Magic Records PL (Polish Music Label) released info that ‘When we’re high’ video is going online on Wednesday of 12th July. 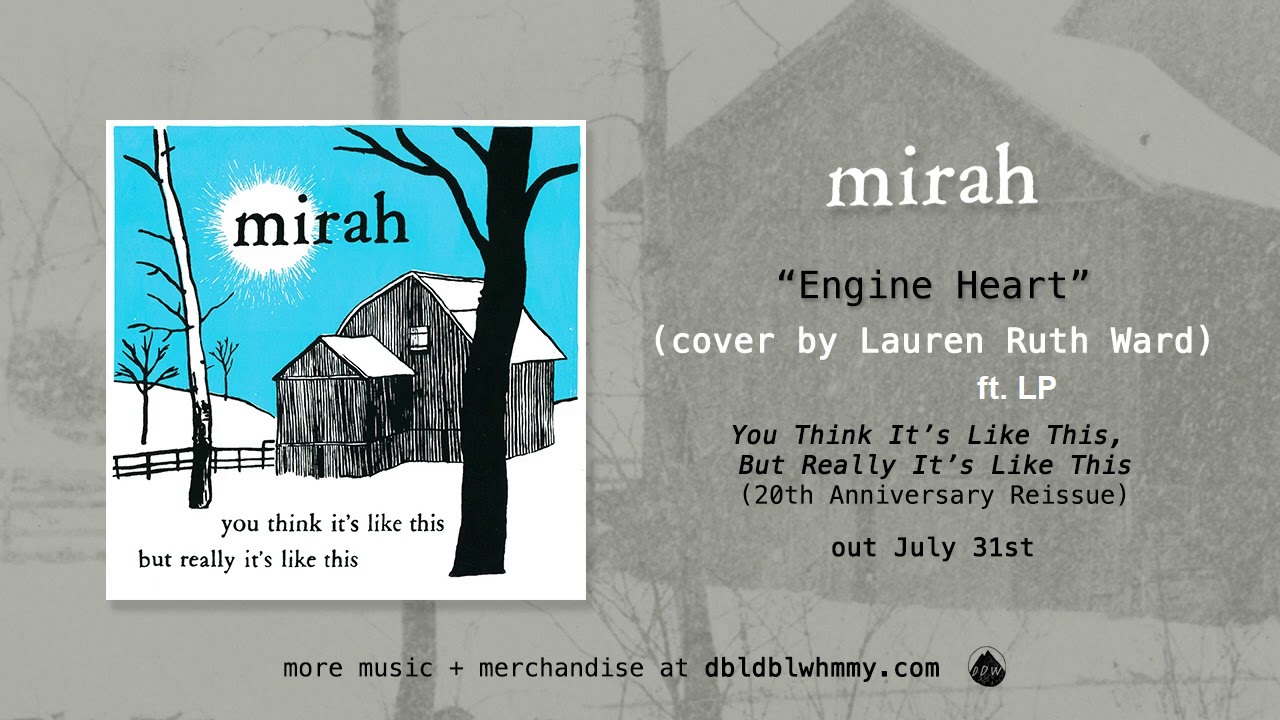 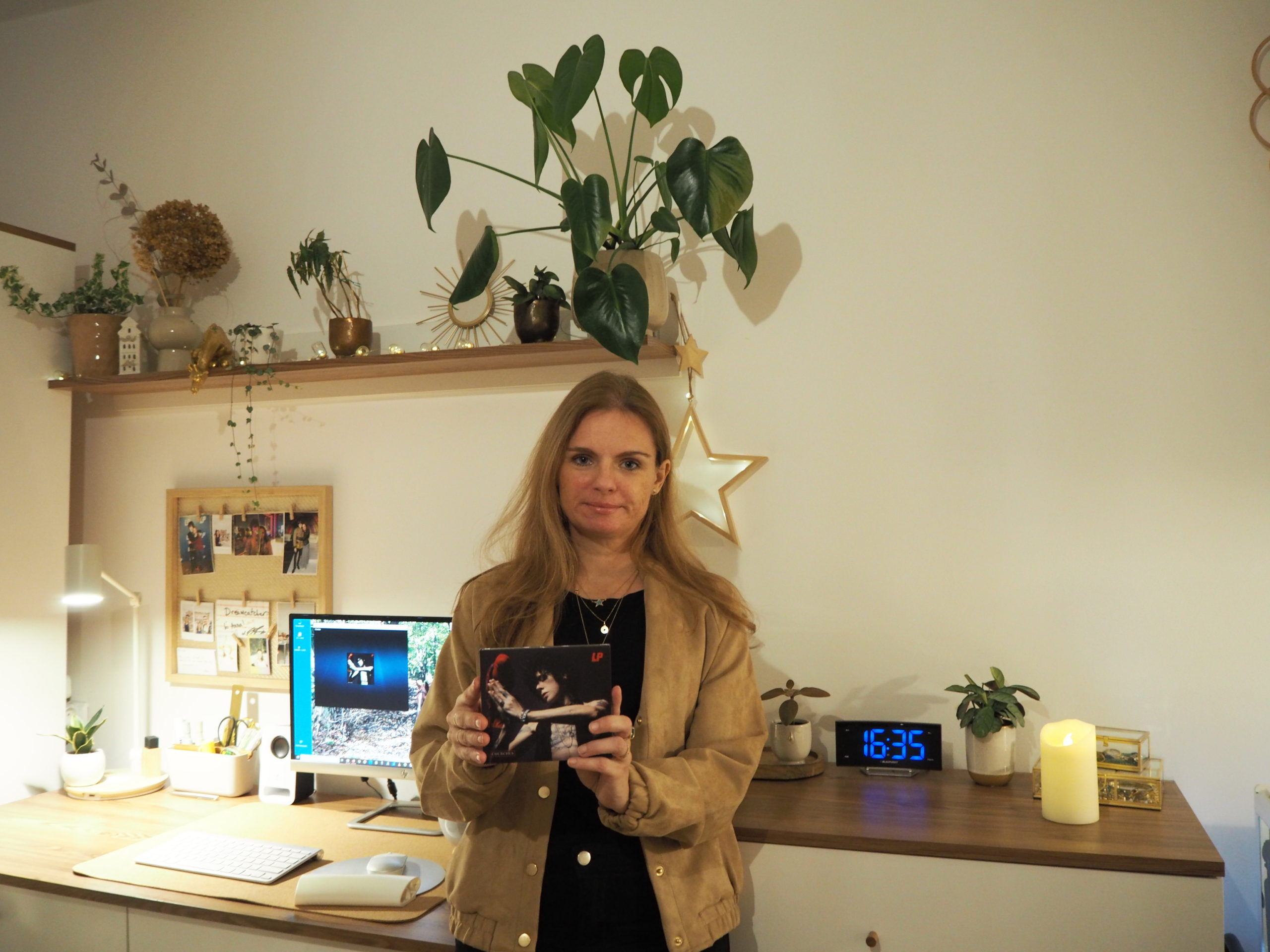 LP’s ‘Churches’ album is finally out!

Once again I would like to thank you so much for all your great posts about the great LP! Anna you do an amazing job! Thank you ❤