Oh Paris, je t’aime… Never been to this beautiful city, but it’s on my wish list. However yesterday (13th April), you’ve got a visit not only from LP but also her girlfriend Lauren, who both feel very much loved each time they visit Paris. LP was greeted by her fans right after her arrival. You can view few photos at Facebook of her French fanclub, click here.

Prior to the concert LP was interviewed for LCI, and she even performed ‘Lost On You’ from the balcony of either her concert venue, La Salle Pleyel or her hotel, I am not sure. There was a surprise addition of church bells to her performance. Afterwards she answered on few of the questions. It’s a lovely little interview and you can view it by clicking here.

As in Italy, Lauren opened the concert for LP. She performed seven songs in total. This time she was without her guitarist Eddie, but she was accompanied by LP’s guitarist JD. Some of her songs she performed solo, with her own guitar. She was welcomed on stage very warmly, by her French fans with notes saying “Welcome Lauren, France Loves You. Have Fun”, so she was visibly moved. And as usually she gave an amazing show.

Afterwards LP started her concert with ‘Muddy Waters’. And again she had a surprise for her French fans. She performed ‘Suspicion’ for the third time during this tour, and I think it was the most powerful performance so far. It felt like she knew this song has been very well received on the last two concerts, so this time she was very confident and sung it from the top of her lungs. I am always amazed by LP’s singing skills, she gives me shivers every time.

But it wasn’t the only surprise. LP also decided that the time has come for the second song from her Deluxe album, titled “When we’re high”. So far we only had a tiny spoiler from the studio, when the song was being recorded, and now we could finally hear it live! In the studio, some of the backing vocals were sung by Lauren, but Lauren didn’t join LP on stage. It’s surely because LP will be performing this song, later on during this tour, when Lauren won’t be able to join her, so the track was pre-recorded with backing vocals already.

Anyway, it’s such a dynamic song and I think it can be another huge hit for LP if it will get to the radio. I’m listening to it all the time, courtesy of youtube recording, which can be found here. It puts me in a great mood and it gives me strength. Just love it. Do you love it as much as I do? Don’t be shy, take time and post some comments, it would be fun to read what you think of LP’s latest songs.

And now time for some quotes. I asked Lucie (check her twitter for pics & videos, just click on name), huge LP fan to write about her experience of Paris concert. Here’s what she wrote: “LP your music inspires me….it makes me laugh, cry and it always encourages me to be the best version of myself. I’m very lucky because I saw you in February in an intimate gig in Paris (showcase chérie fm – Montmartre) and I was so excited and anxious because I knew I was going to see you again on the stage (Pleyel-Paris)….that it was the longest weeks of my life lol….and last, the big day arrived …”.

“tonight was absolutely gorgeous….the Best show I’ve ever seen.. …you are my favorite songwriter, my favorite musician and my favorite singer…this is the first time I feel it: is an artistic lightning!!! You make me feel incredible things with your voice, with your soul, with your performance on the stage…you’re spécial, you’re very exceptional…you get to send us your energy, you strength and at the same time your sweetness…all your positives vibrations…thank you for existing and please stay as you are….you are amazing….you are the Best.. ..just you….forever ?….I love U❤”.

“Lauren thank you for sharing your talent, your very own interior world filled with so much emotion , so much energy that is filled with such strong feelings….you are so kind , so passionate….you are an amazing girl an you have a wonderful voice….peace and love….continue in this way and i wish you much success with your music….xoxo❤”.

After the concert LP & Lauren took time for meet & greet with fans. One couple even got engaged backstage of LP’s concert. How great it must have been!? Fans could also buy t-shirts with LP and Lauren faces. Price of such T-shirt is 25 euro. Today LP and Lauren are still enjoying Paris, they even took part in an awesome photo-shoot with French photographer, Yann Orhan. For tiny spoiler, click here. Tomorrow, LP will be back in Belgium for her concert at Cirque Royal, it’s quite a historic venue, originally it opened in 1878. Until then. 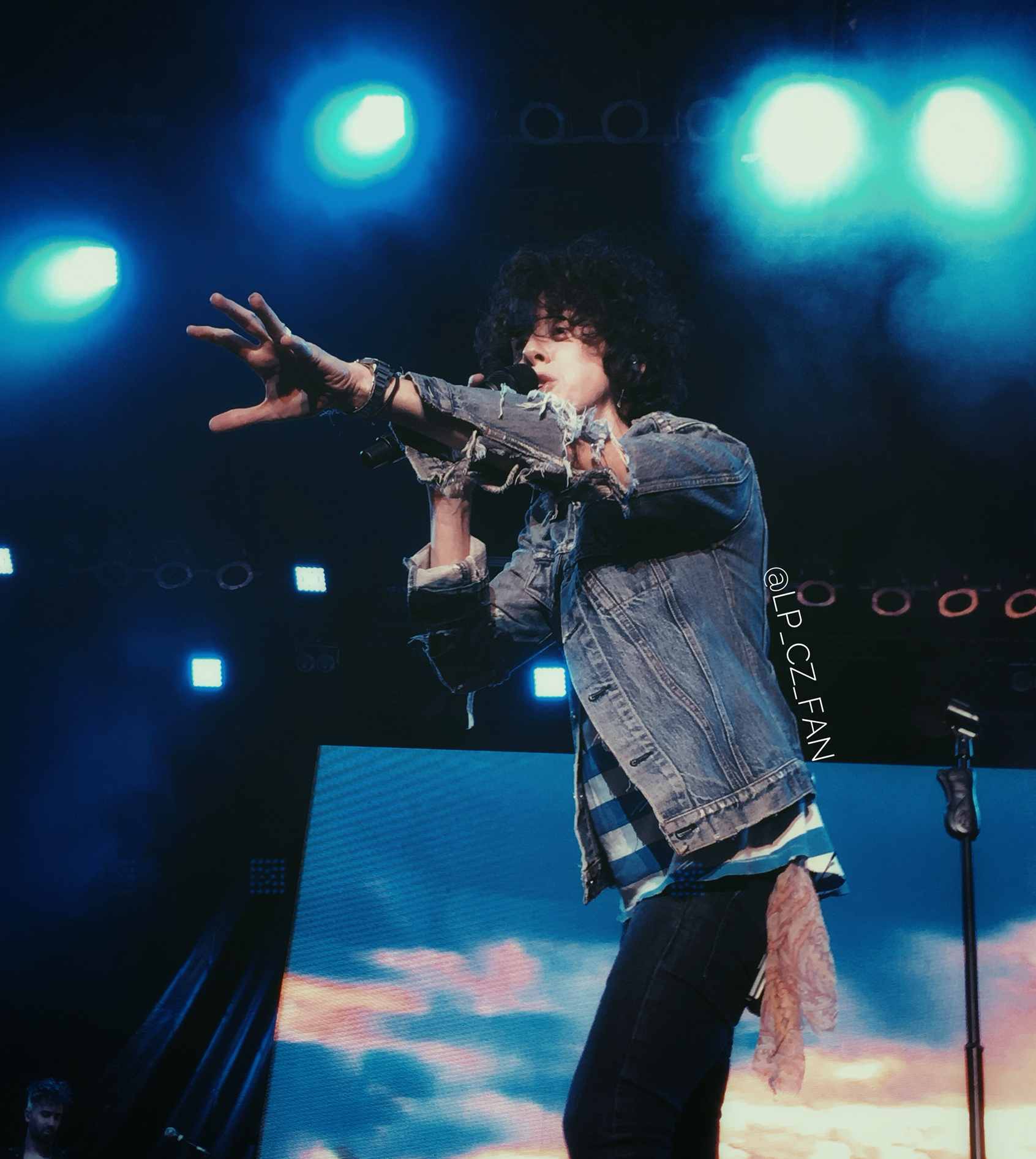