photos in the gallery courtesy of Gaia Menchicchi (@gaiamusicphoto);
for full gallery go to the Rock Rebel Magazine, click here.

Coverage of last night’s concert at Fabrique Milano in Italy courtesy of @moongris8: “Since LP is like cherries (you never have enough), we also went to her concert in Milan. So, another day off, another car trip with her music obsessively on the loop and another chance to love ourselves: collecting life experiences is much more interesting than collecting things.” 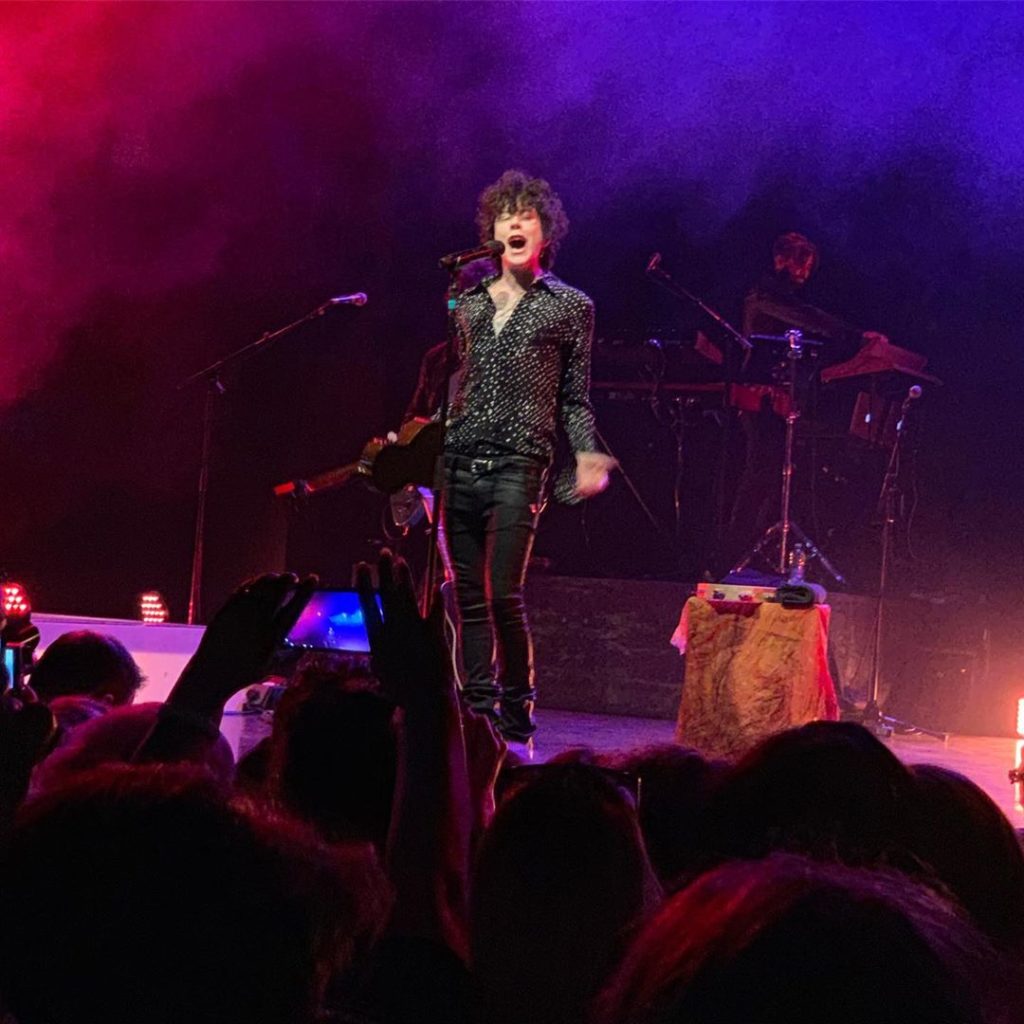 “We reached Milan late in the morning, after about three hours of travel. Outside the venue, nothing interesting, only an anonymous metropolitan suburb with several industrial buildings. The Fabrique is a modern venue, not exceptional sound and organization, a floor with different raised levels and possibility to buy drinks inside.” 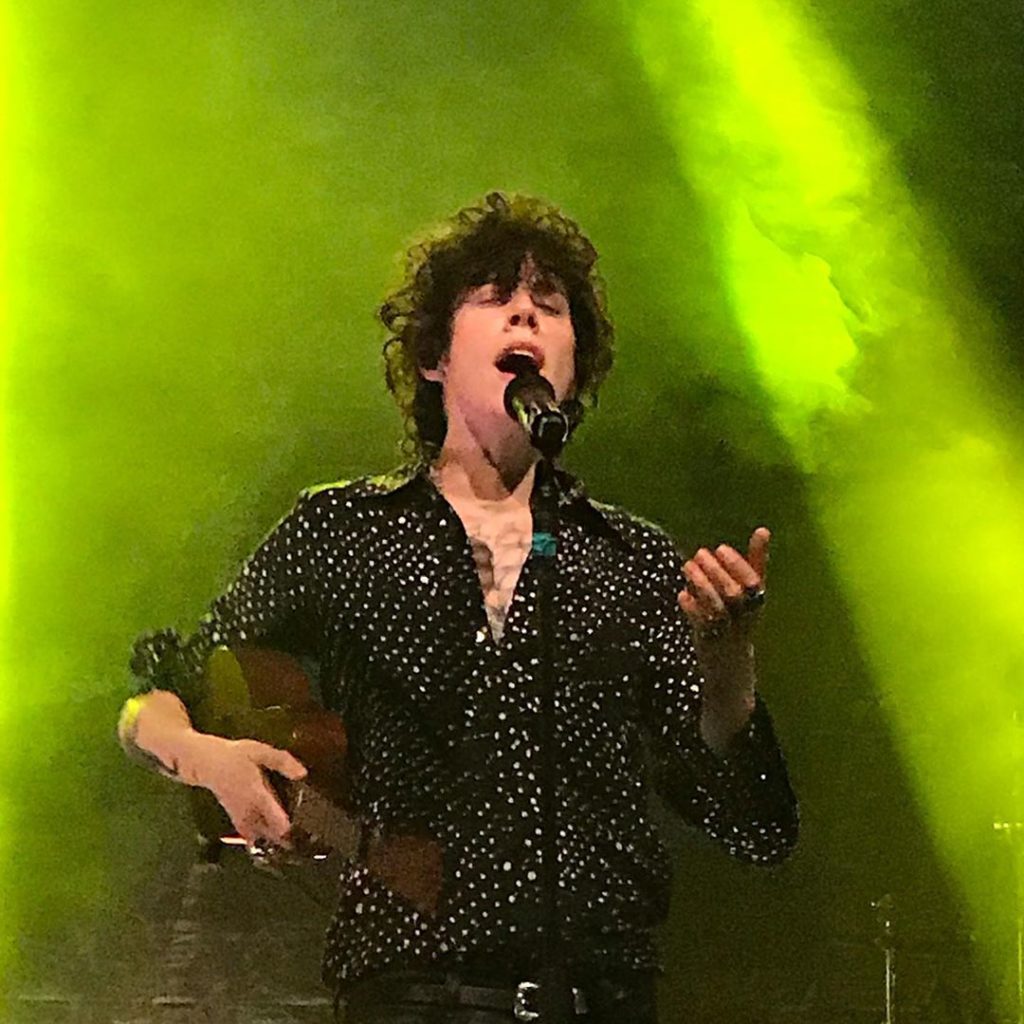 “Not so long queuing line for us, due to the early entry for meet and greet (cute and quick), but slightly long time to enter due to safety measures. Then, standing places in the first rows. The concerts where the crowd is standing are so different from the shows with entire audience seated. Both good for different reasons, the first ones are also a total physical experience: I can’t stand still for more than a few minutes.” 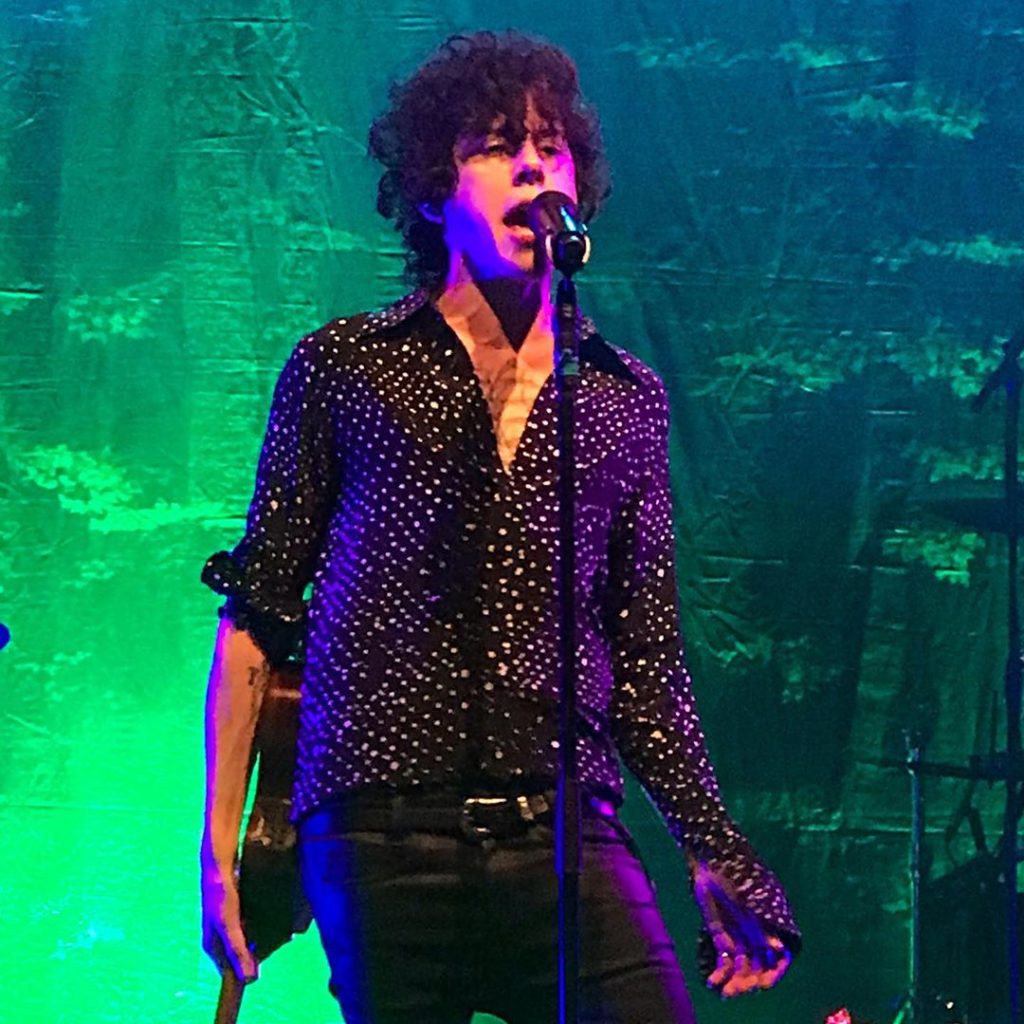 “And this happened to me that night too. In such a large venue the experience is less intimate, more choral, it looks like a liberating mystical rite (even though also at Fabrique LP obviously didn’t sing just for me). Based on my perceptions (but it’s something very personal) the watchword of this 2019 European tour is “happy vibes”.” 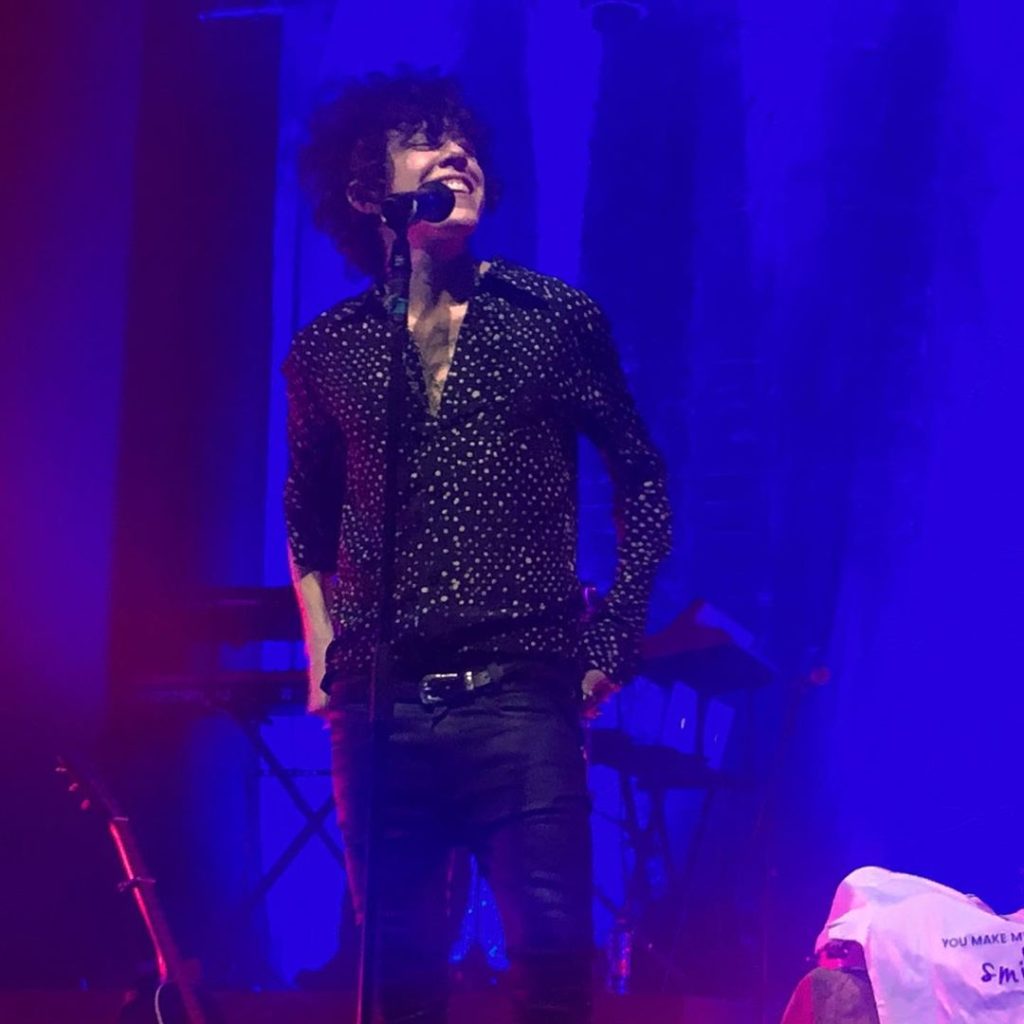 “The concert indeed exorcised and transfigured the poignant and somewhat hermetic character of the lyrics, because a festive and liberating mood prevailed. The cosmic wind of LP, so to speak. Because her lyrics are damn ambivalent. Take for example When I’m over you (heard for the first time live in Rome last year, it’s still in my heart).” 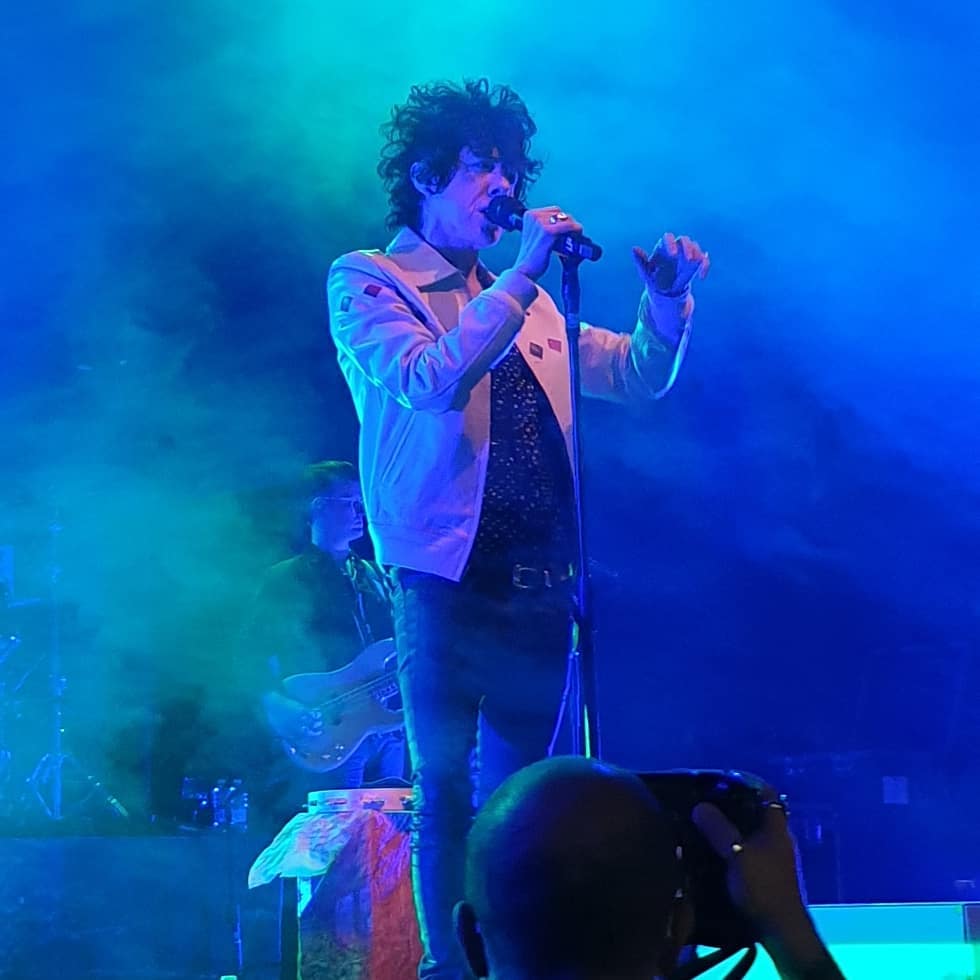 “So, ‘Wanna’ a lot of interesting things, BUT… there’s always a but, a detail that destabilizes the context. ‘It’s a new day… until it’s true’. An unstable balance that will collapse with the first breath of wind. Hence the plaintive character of the “Heart to mouth” songs. It isn’t whining, it is rather strength, will and resilience, despite everything.” 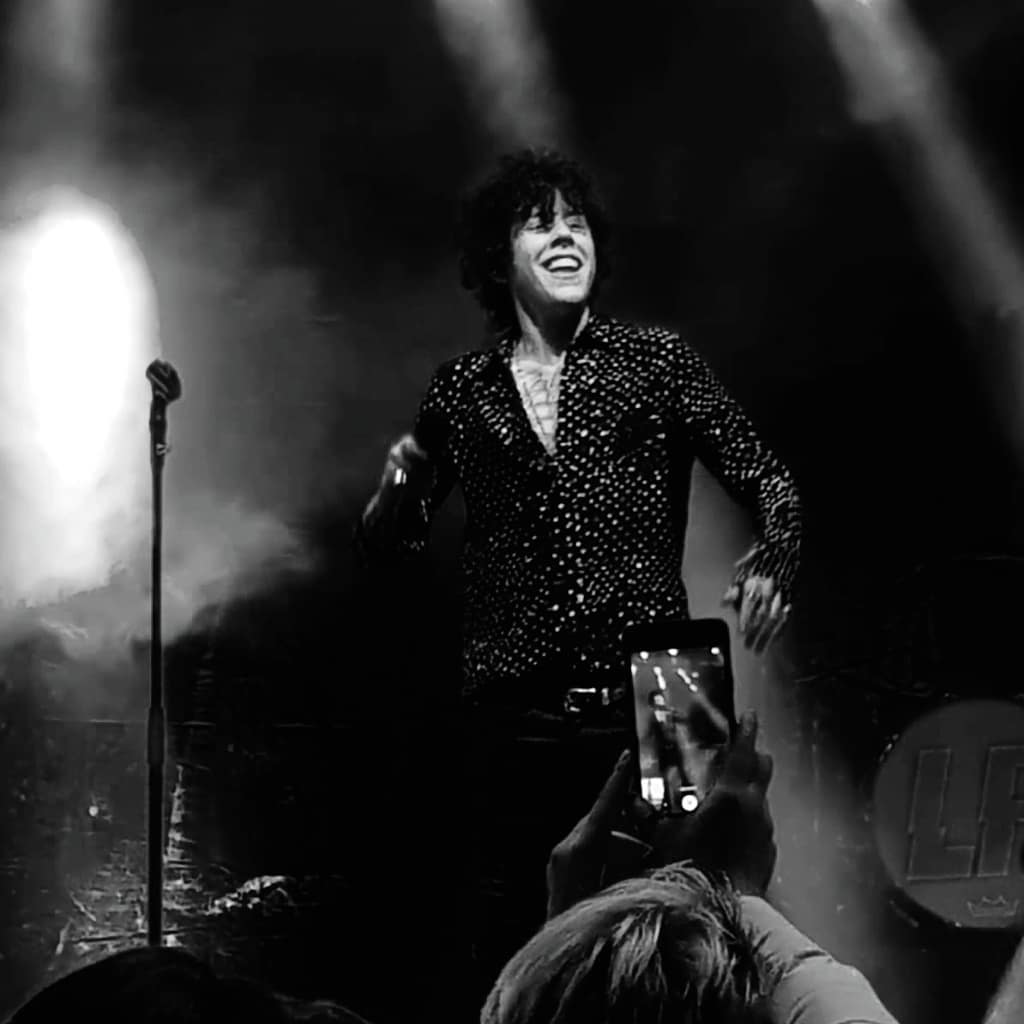 “To say that during the show the cheerful mood prevails: the presence of LP, her interstellar voice and her singing style destroys any anxiety. Even LP ironizes about this: in Paris immediately before “Recovery” she said something like “It’s time to get sad“, smiling and mimicking a person with a dejected attitude. So, it isn’t grief but a some sort of apotropaic rite.” 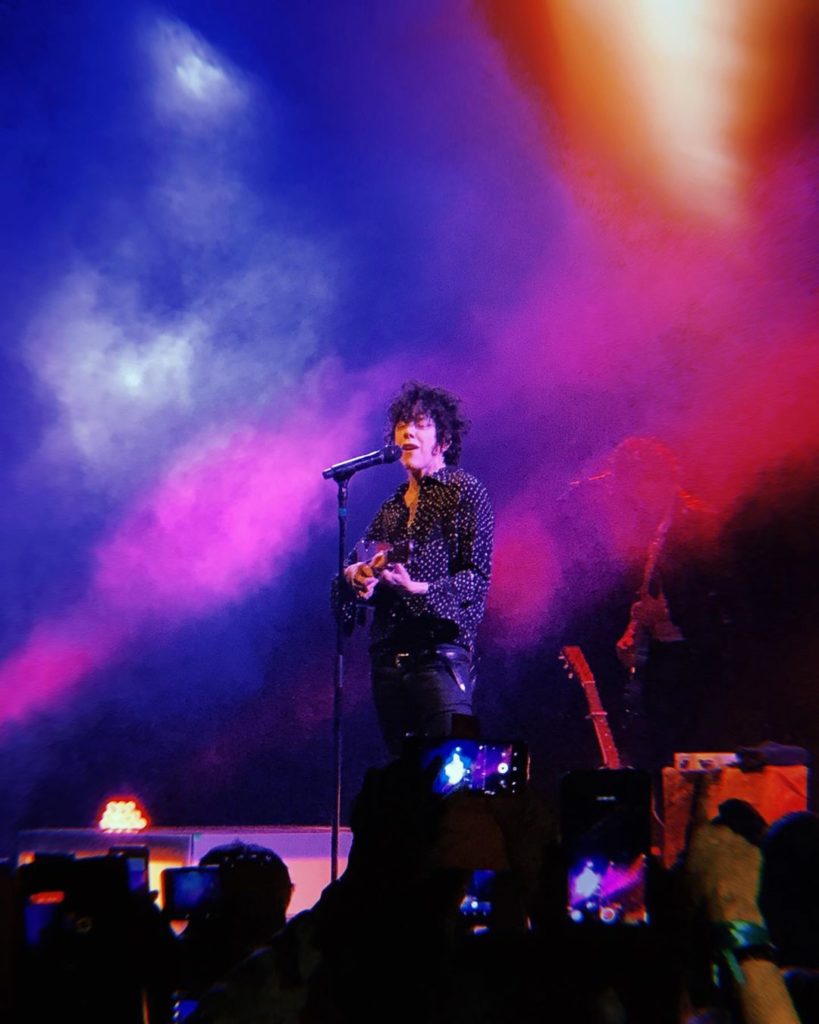 “That’s why I love Levitator, the song without bad luck (not sung even this time… hey LP are you reading?). It’s as if her voice unearthed all the strength and fragility of my most intimate thoughts, throwing all my fears and certainties into a saving washing machine. A centrifuge of the soul. Anyway, every single song has set the audience on fire.”

“I didn’t look away from the stage even for a microsecond. What an extreme level of intensity from start to finish! Poetic and delicate start with Dreamcatcher, then there was time for the dizzying When We’re High. House on Fire had a destabilising effect live, artistically convincing: lyrics LP-style and original sound in comparison with her musical background. Something mysterious and intriguing. ” 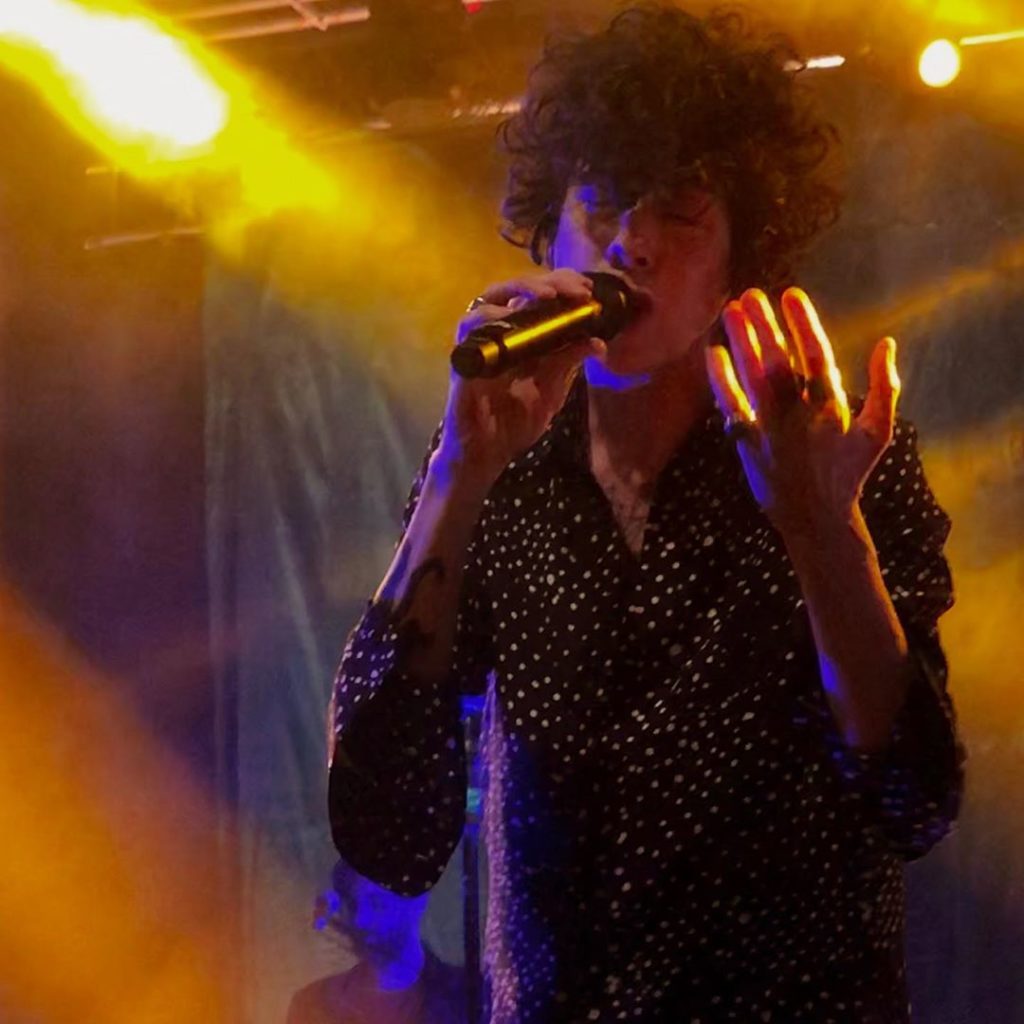 “But it was with One night in the Sun when I reached paradise. Again. I haven’t talked about Paint it Black yet. I’m not sure if I can find the right words. First of all, I didn’t like the idea of LP singing other artist’s songs. Really. Until recently my stupid and limited brain thought: time is limited, I prefer when she sings only her own songs.” 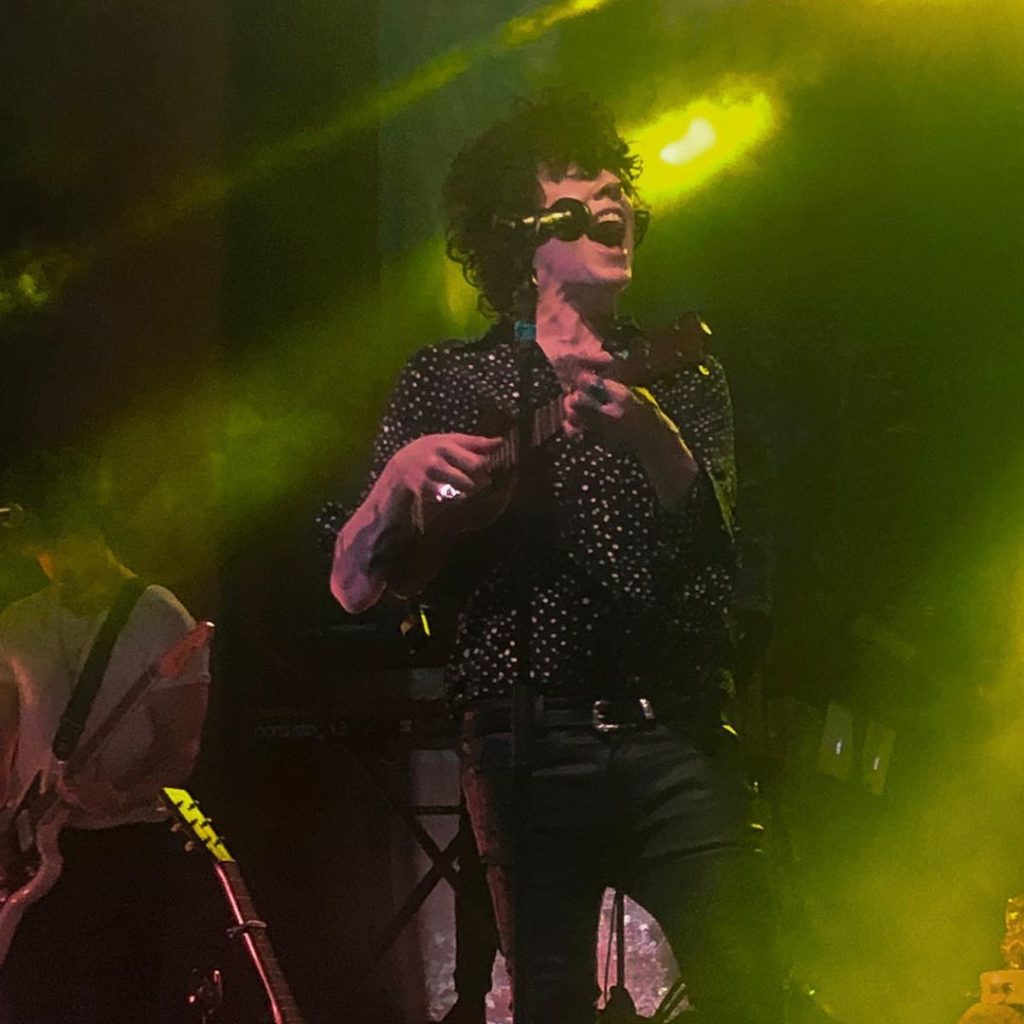 “I wanted to play it safe. And you don’t mess with The Stones. Ok… everyone makes mistakes, right? What I mean is, how shall I put it… her cover version was as surprising as a scorpion sting. As powerful as making love. An adrenaline cocktail drank in one gulp. I thought I would miss the sitar’s hypnotic sound, but I should rather have kept in mind that SHE is hypnotic. That’s a killer performance.” 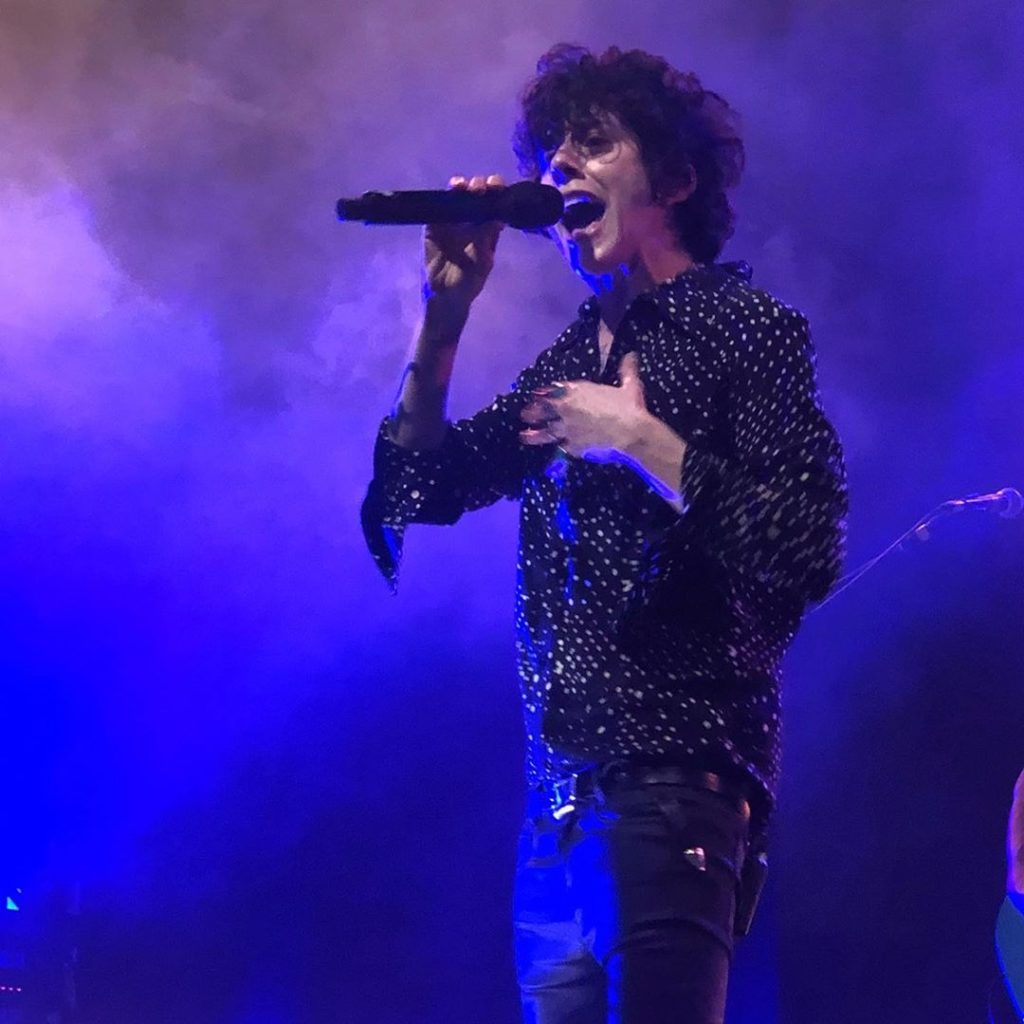 “Because it is an epic narrative, a luminously dark mental journey, a vivid black out of the perception of the world. That cover isn’t only an original tribute to the original performer, and no, we aren’t landing in the 1960s but in a timeless, wonderful abyss. So f***ing convincing. Also, everyone has some favorite songs.” 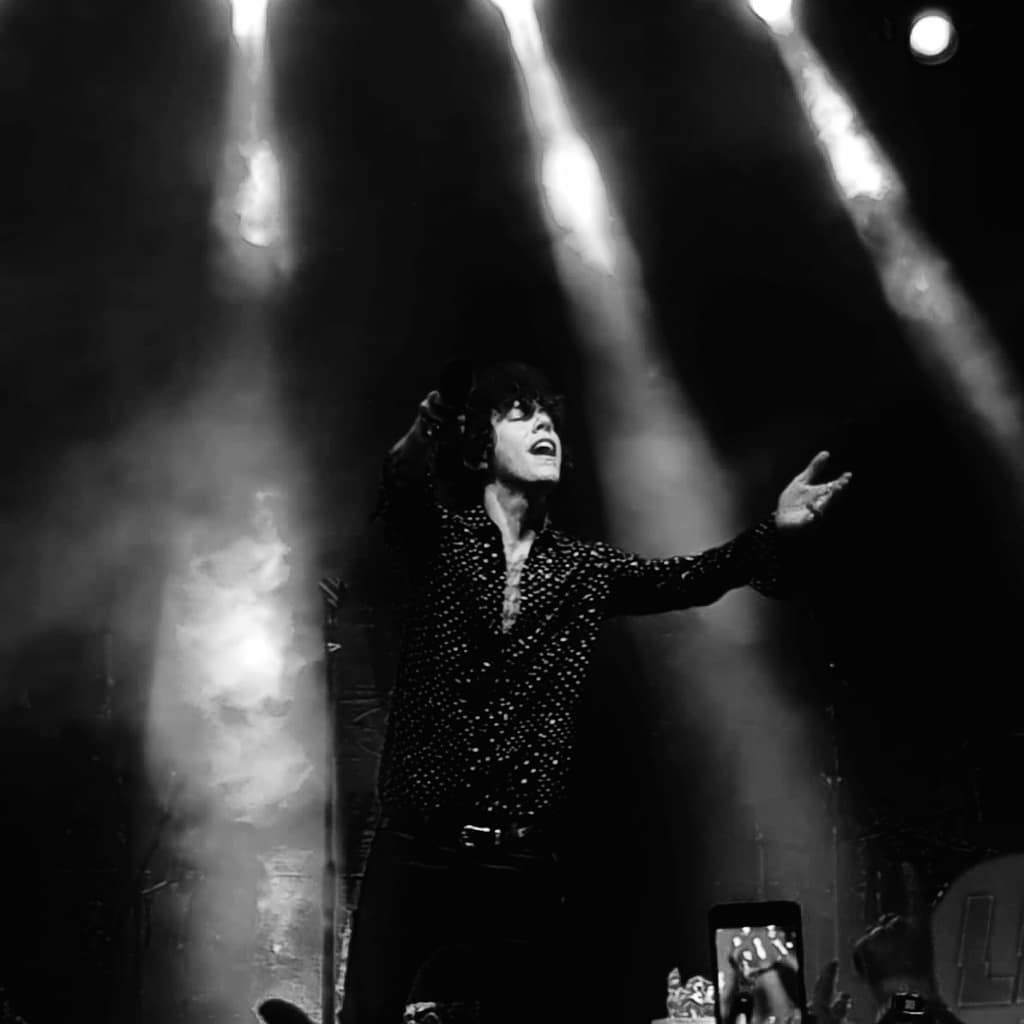 “I don’t like all her songs with the same intensity, but I can assure you that when you listen to LP live, everything turns into a pure gold. While she’s singing I can understand the meaning of life, make peace with the universe, accept the dark matter that dwells in the deepest places of my soul. Also this time I entered like a caterpillar and I went out like a butterfly.” 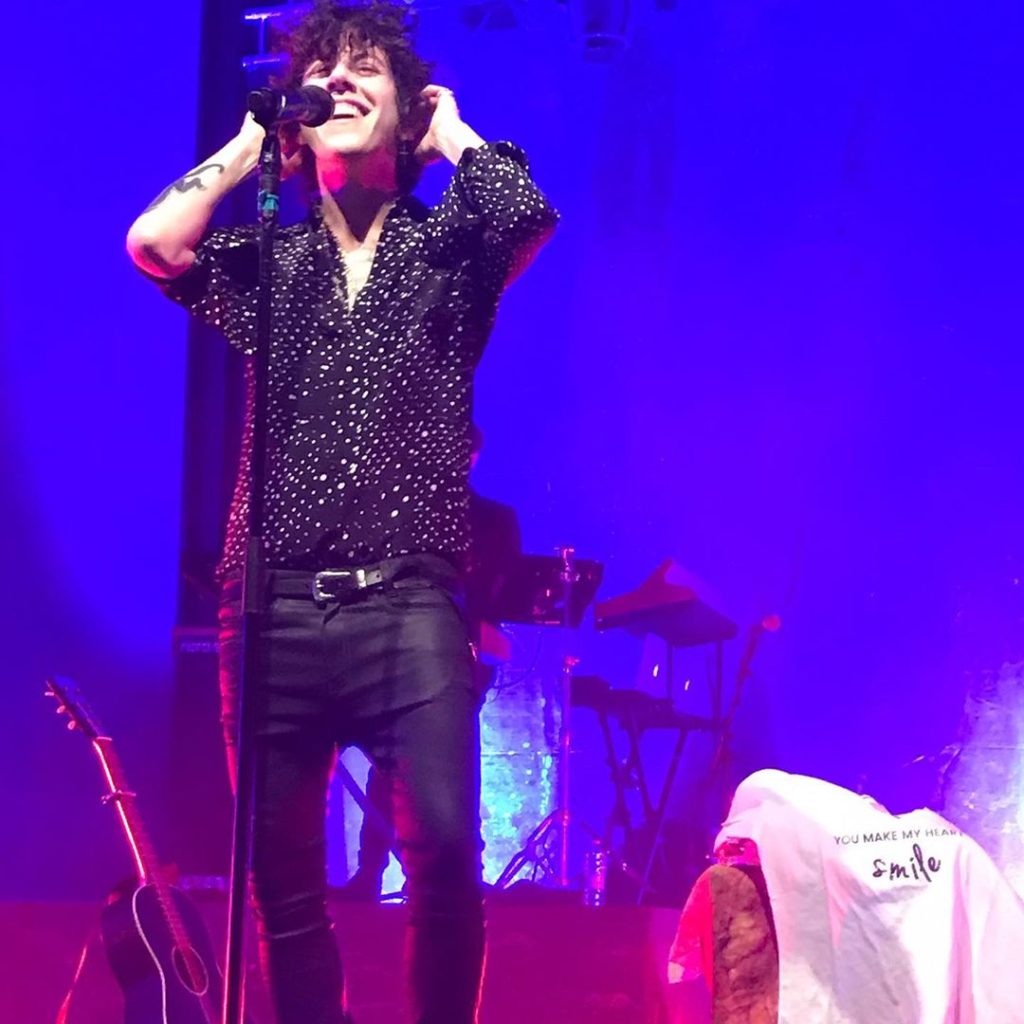 “I can fly happily now, charged and alive, waiting for the next concert.” Thank you so much Romina for your beautiful and thoughtful words. Dear readers, Romina is from Italy, and not everything is easily transformed into English, but I think it’s very easy to understand the true meaning of her words.

In other news, today (16th May) LP was a guest of TGcom24. Pretty sure it was the interview, though it’s not up yet. Also today LP visited studio of RTL 102,5 where she has given an interview for The Flight programme, to watch it, click below. LP speaks beautifully about her fans in it. For links to the official photos from LP’s show in Milano, scroll down. 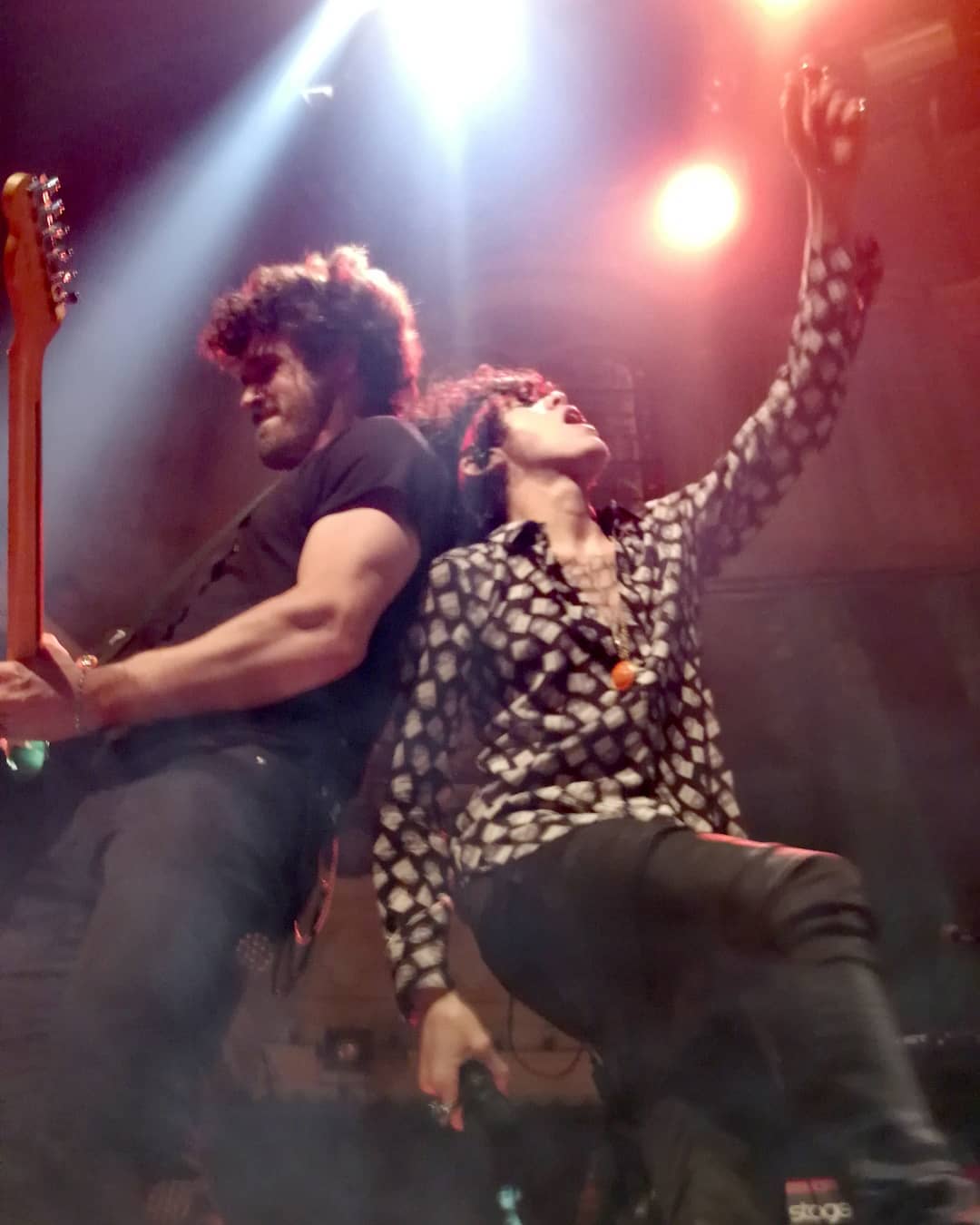 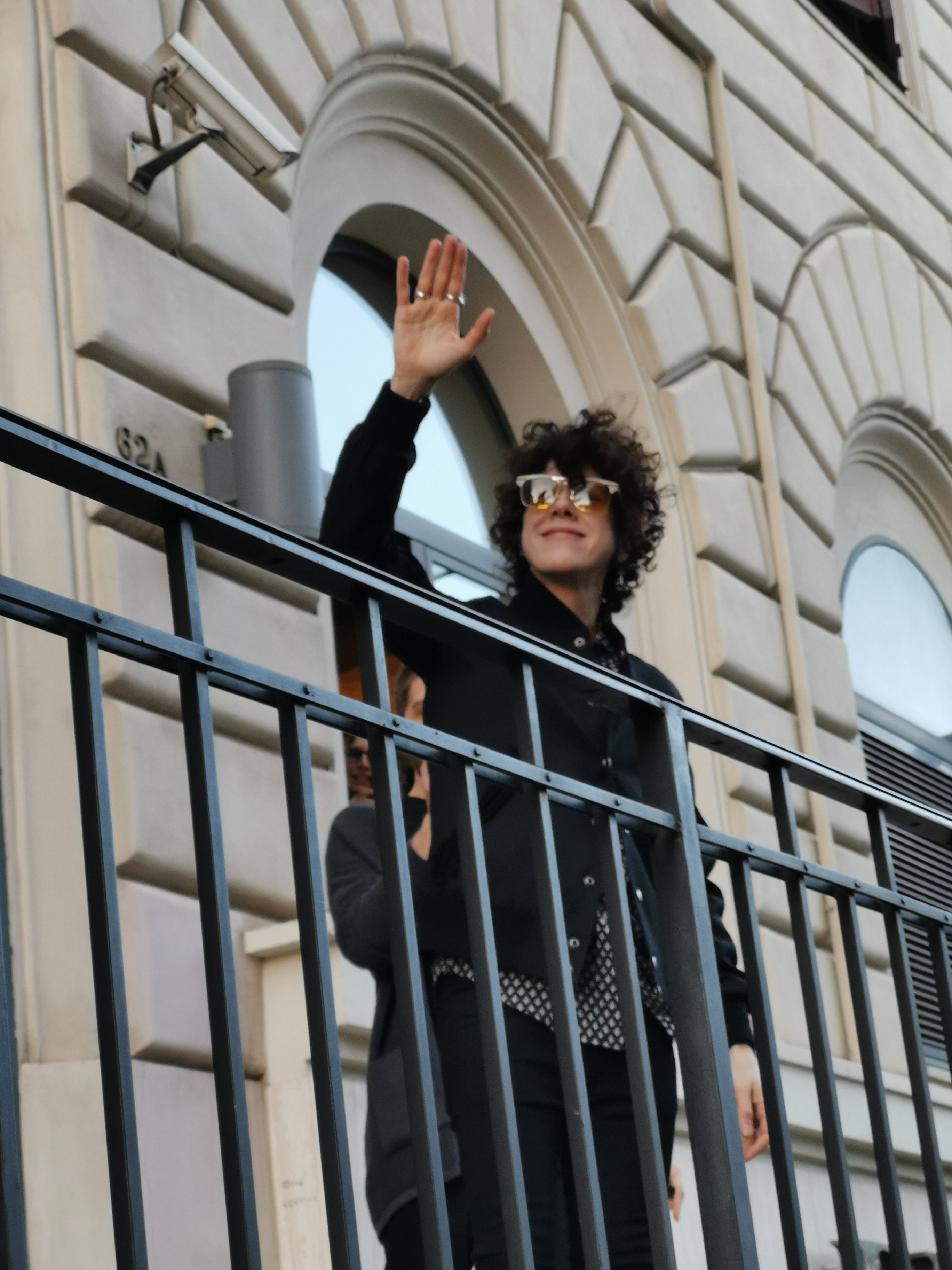