LP at Mojave stage for week 2 of Coachella!

Yesterday in the afternoon, LP was back at Mojave Tent (stage), for Coachella week no 2. This time she seemed more at ease and relaxed, I think there were also a lot more people in the audience than last week. LP was joined on stage by Brian, Alex, Dan, Elias and her backup singers, Kameron “Grae” Alexander of Liquid Courage Light Show and Andy Allo – Cameroon-born singer and songwriter, who in 2011 joined Prince’s New Power Generation as a singer/guitarist.

Also yesterday, those who live far away from the States (as myself) got lucky! LP fan – Mary Ann shared a little bit of LP’s magic via her live stream straight from Coachella. We could see LP starting her concert with Muddy Waters, followed by Tightrope, Up Against Me, Into The Wild, Tokyo Sunrise, No Witness (RAD performance!), When We’re High, Free To Love and finishing with Lost On You. If I missed anything please let me know, as live feed was stopped at few times. 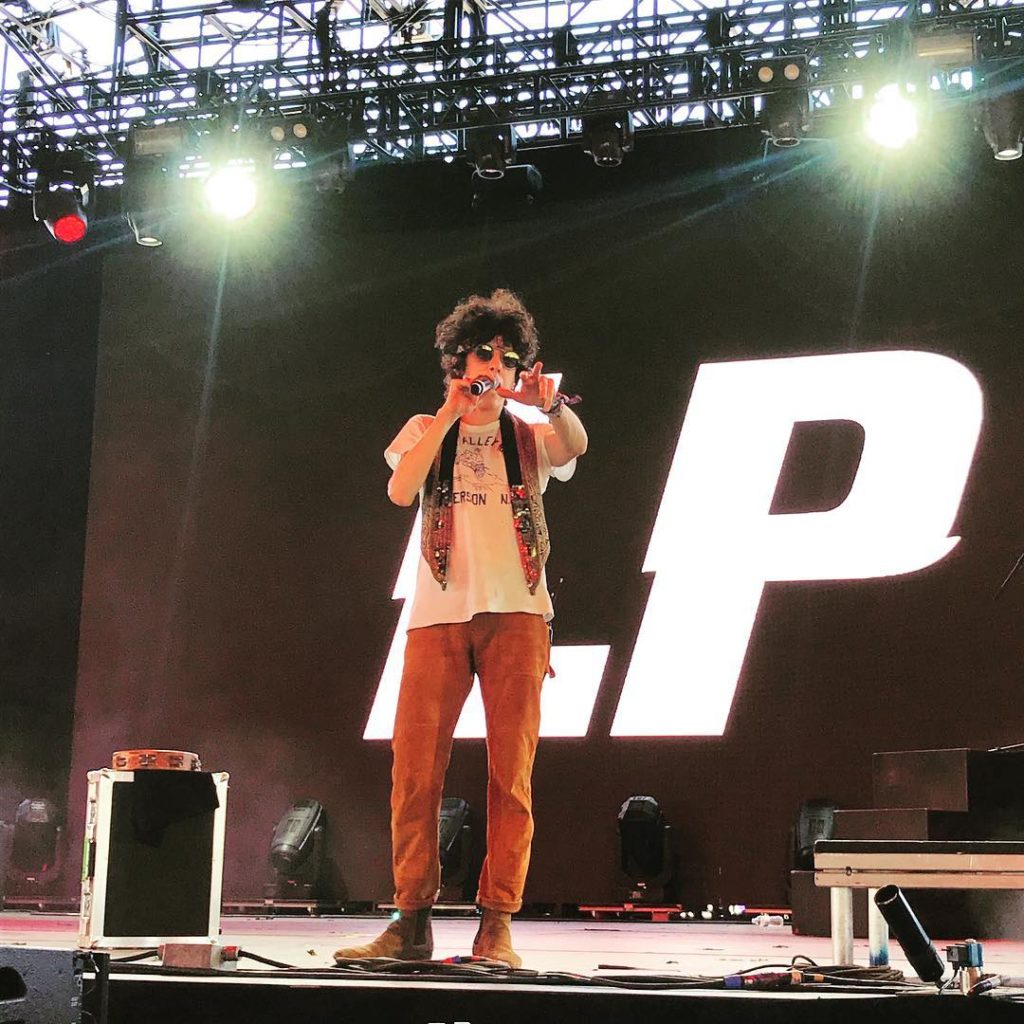 Mary Ann kindly wrote few words about her experience, @maryann.az: ‘“LP is the Mick Jagger of our time!!!” said a fan at the show. I completely agree. LP is like The Beatles, The Stones, Zeppelin, Queen and Dylan; All the GREATS rolled into one person; BUT WAY CUTER, with mind blowing operatics and incredibly unique songs! 😙🌵💜📸.” Thank you Mary Ann, glad you had such a great time and again, thanks for the live feed!

Karen (@karenblatz): “The women continue to rule at #coachella2018, LP was stellar! First set of the day, everything may be downhill from here. #happycoachella #LP.” @californiarocker: “#lp greatset at #coachella. A most colorful performer.” Amy (@thefirst3songs): @iamlpofficial blew me away today @coachella. How have I missed this lady! I am downloading all the music!! #newestbiggestfan.” Erin (@thatsmrlady2you): “@iamlpofficial incredible! As always!” 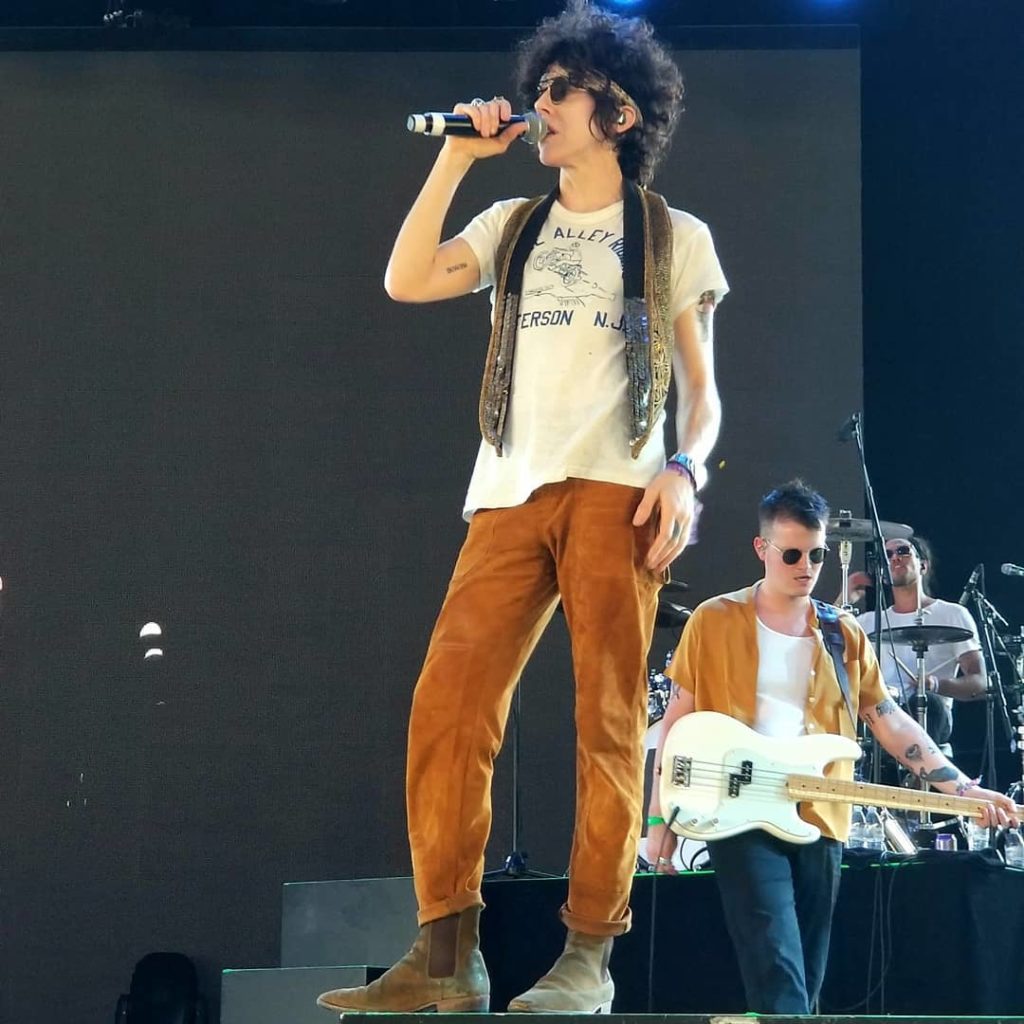 And that would be the end of quotes. There were also many friends of LP in the audience, I wonder how it feels to sing for people you know? But I assume cool AF. And, I have found lovely review of LP’s Coachella performance from last week by Buzzbands LA. They write: “Her voice is strong and elastic, she punctuates certain phrases with a playful sneer, and she’s a helluva whistler too.” For full review and pictures click here. 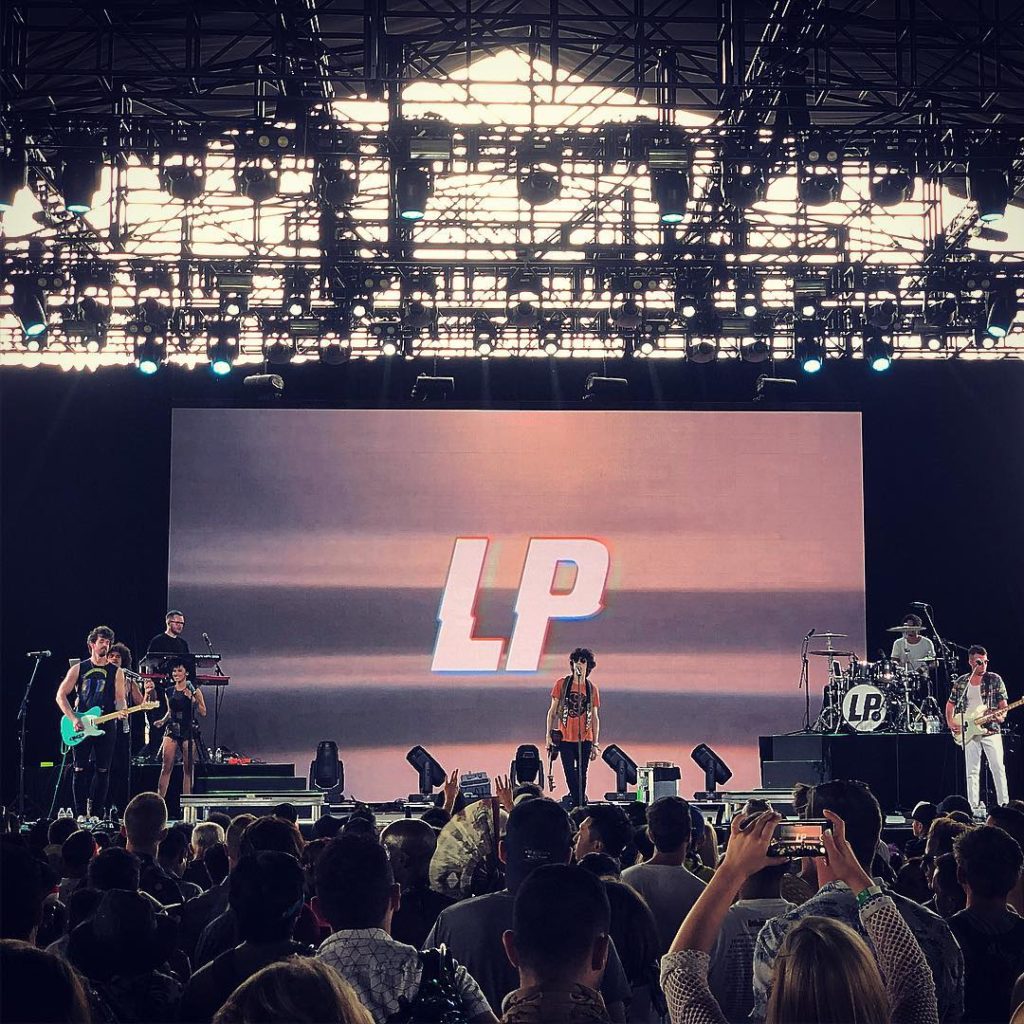 And a tiny mention about LP from this week’s performance by Bruce Fessier for The Desert Sun: Laura Pergolizzi, singing under the stage name LP in the Mojave tent, didn’t seem as enamored with the second weekend as many performers and fans said they were. “It’s 150 [degrees] out there,” she said before introducing her song, When We’re High. “I hope you are high.” As the cheering, dancing, enthusiastic crowd sang along with her band, she thanked Coachella and said, “This is better than I could have hoped for.” Full article is here.

That’s all for now. In the next weeks LP will, most likely, be working on her next record that is due to be released after the Summer of 2018, probably in September. I guess we can also expect a release of a single in near future. No idea what it will be. Either Girls Go Wild, Recovery or LP will surprise us with something totally new… There are no concerts planned for the next two months, at least not to my knowledge. LP will start her European Summer tour on June 26th in Italy. If anything will pop up, I will be informing you via social media and/or the blog. 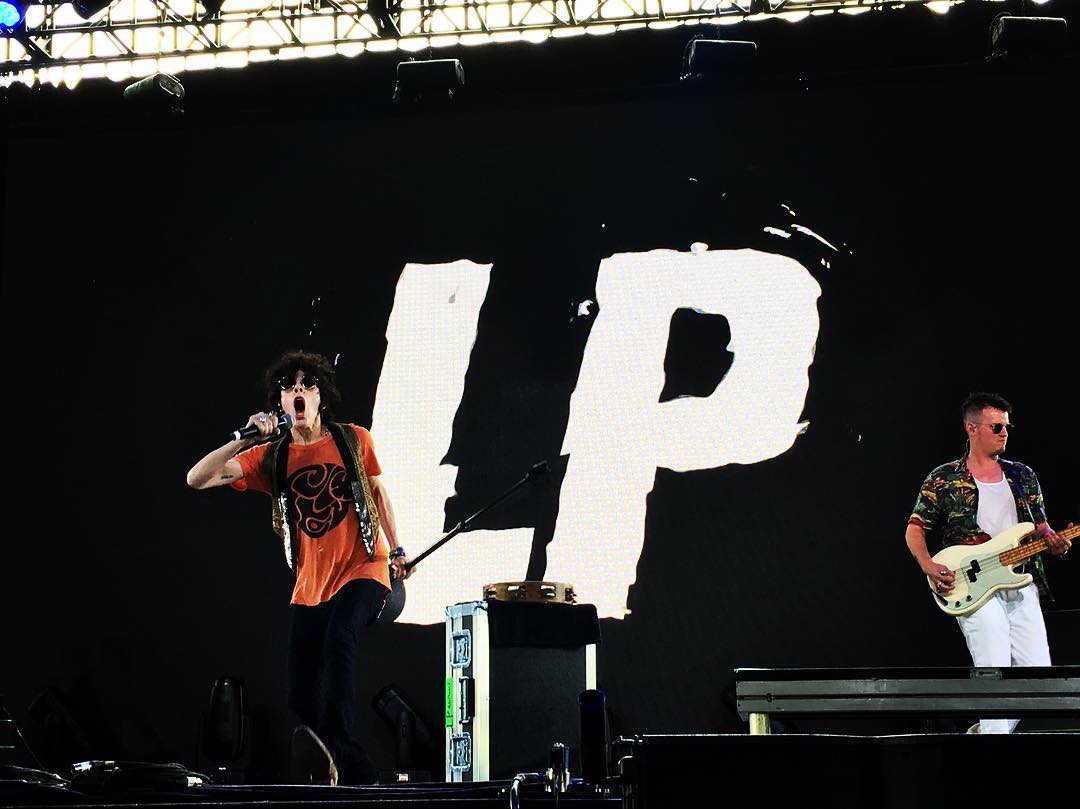 LP conquers Coachella with her performance at Mohave Tent 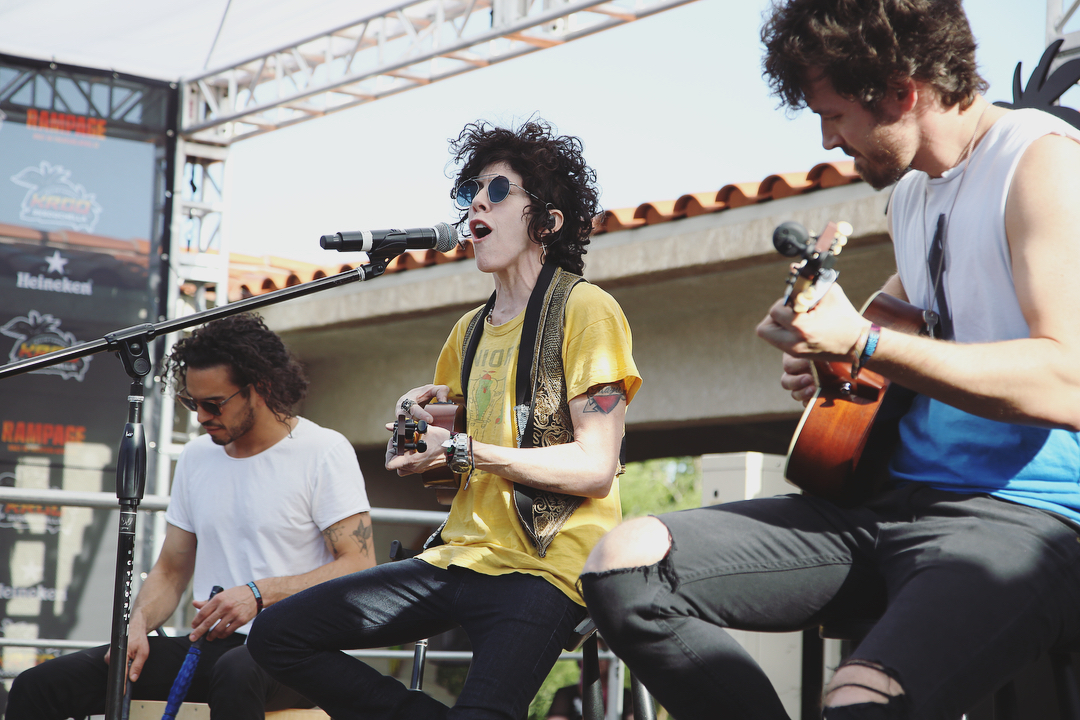 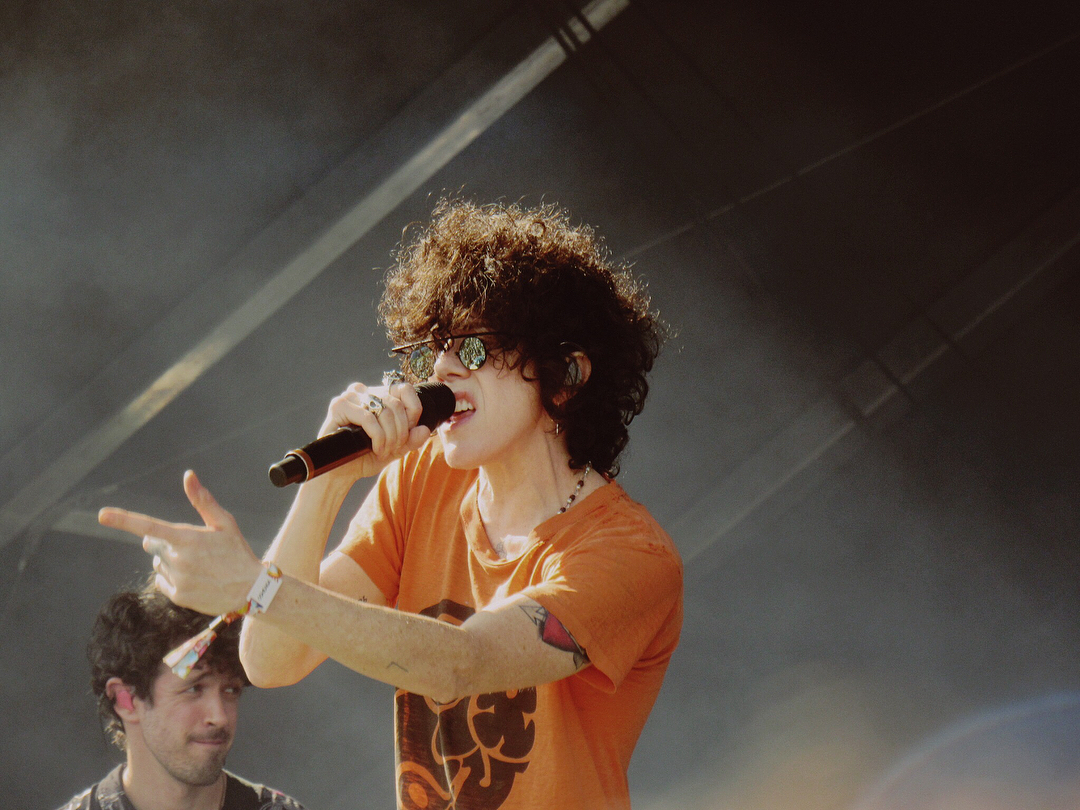