So here’s my first proper post written for my/our new LP website. As we all know, for the very first time in her career, this Sunday LP will perform at The Coachella Valley Music and Arts Festival – an annual music and arts festival held at the Empire Polo Club in Indio, California, located in the Colorado Desert. 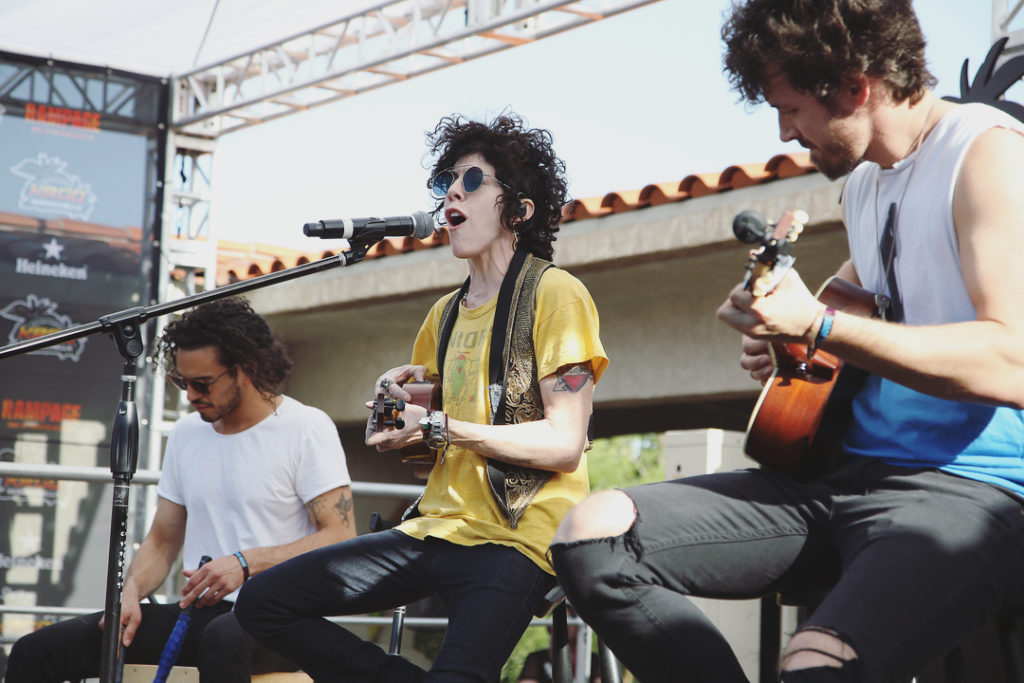 Coachella is one of the largest, most famous, and most profitable music festivals in the United States and all over the world. The event features musical artists from many genres of music, including rock, indie, hip hop, and electronic dance music, as well as art installations and sculptures. 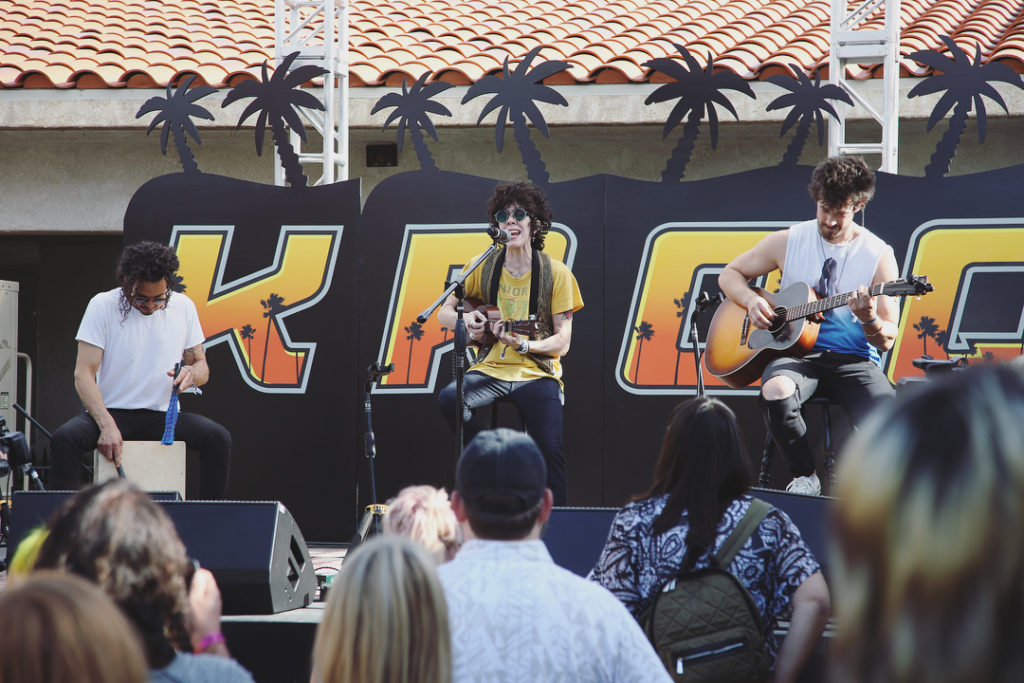 There are five main stages: Coachella Stage, Outdoor Theatre, Gobi Tent, Mojave Tent, and Sahara Tent. LP will perform at the Mohave Tent this Sunday and next week as well. Some performances will be streamed live, LP’s performance is not scheduled to be live – not yet – but as the website https://live.coachella.com/ informs us, list of artists is in the progress, so let’s keep our fingers crossed!

Also, most of you should know by now that LP is already at the festival. Yesterday in the afternoon, she was a guest at Kroq Coachella House, it was a private performance and those who attended won passes by listening to Kroq Radio. First there was an acoustic performance of songs: “Girls Go Wild”, “When We’re High” & “Lost On You”.

On Stage, LP was accompanied by Elias and Alex. Performance had few funny moments, while playing ‘GGW’ LP realized her uke was’t tuned so she couldn’t use it and Alex messed a chord. Also, at the end of ‘LOY’ Elias lost his tambourine, but still LP won everyone in the audience with her incredible vocals.

Since there was a live feed, with the help of my tech wizzard friend, I’ve managed to record “When We’re High” and “Lost On You”, sadly during “Girls Go Wild” we had a technical glitch, so I don’t have this one for you. But we do have full interview, for videos go to my YouTube chanel, click here. I think Kroq should release interview at their YouTube, not sure about LP’s performance.

I do not know if there is anything planned for LP for today, if anything pops up, I will try to keep you up to date via my social media. Also, I recommend checking LP’s performance and interview for Beable Music, it was recorded on the 1st March in New York, during LP’s North American Tour. For acoustic performance click here, for interview here.