Last night (9th February), LP kicked-off her North American Tour in Sacramento with a sold out concert at Ace of Spades, music venue that opened in 2011 with capacity up to 1000 people. Before the first concert of this tour, we knew there will be some changes in the band and in the show itself. It looks like John Notto was replaced with new guitarist, I believe Alex? There is also additional musician on keyboards, but for now I do not know his name. They both remain a mystery, but I’m sure the audience was introduced to the band during concert.

There were familiar (to me) stage platforms that debuted during UK tour, but there was quite a new element to the stage – special light show to accompany LP’s music. I must say the stage looks really interesting now, but I do hope the lights aren’t too intense and do not take away too much from LP herself, because to me she doesn’t need any special fireworks, it only distracts from her voice and personality. To me less is more, but I guess I need to see it with my own eyes and then decide how I feel about it.

Before LP took the stage, there was an opening act by Noah Kahan, young musician from Strafford, Vermont. He is a singer/songwriter of folk-infused pop in the vein of Ben Howard and Vance Joy. LP has just introduced us to yet another interesting voice. I do like her choice of supporting bands. As for LP’s concert I was wondering about the setlist: will there be some changes and will we hear new music? After all, lately, LP was working really hard in the studio. Thankfully I didn’t have to think too long or too hard.

Thanks to my friend who was lucky to catch LP in Sacramento, we’ve got the pic of a setlist (click here). When it comes to opening song, LP sticked with ‘Strange’ as it really works, it invites you to LP’s music world straight away. With this song and its lyrics you are like a piece of a puzzle of a bigger picture – if you know what I mean, but I think you do. Anyway, back to the setlist. There was an interesting development. First of all, there is a totally new to us song, titled ‘Girls Go Wild’ (there’s an error on setlist) and someone even recorded most of it! You will find it here. Tune is very catchy, as for the lyrics hard to understand for now, but I am sure we will “hear” more in the future. I like it.

I was also very happy to see a return of yet another song from LP’s ‘Forever For Now’ album, titled ‘Free To Love’. It is one of my favourites but it was very rarely played or at least recorded live. There are only few videos, all from 2014, and all with one of my favourite guitar players that got to work with LP, that is Tim Fagan. I recommend them all and especially the acoustic version from A-Sides, that can be found here. I think I will also start a petition to bring back one more song from 2014, that is ‘Your Town’, I would love to hear that one live as well!

As for the quotes, there aren’t many, but all praising our Queen – LP. Let’s start with Joshua (@agrokrag): “Absolutely floored by @iamlpofficial at @aceofspadessac tonight, one of the world’s best singers no question. Great #songwriter too, so many memorable tunes”. Rick (@rmartin70): “@iamlpofficial in Sacramento last night. It was my 4th time seeing her, one of best voices I have ever heard”. Hanna (@cobaltsunshine): “@iamlpofficial Thank you for such an amazing concert!!!! Your music has been one of the most lovely things to grace my ears. I hope you had as much fun as I know your audience did!”.

Cailen (@cailenwoodward): “@iamlpofficial brought the house down in #sacramento tonight. If you have a chance to see her live, do it! #soworthit”. Sabrina (@frecklesaroundtheworld): “A bit less intimate than when I saw her last time (when there was less than 50 of us and she hung out after to take pictures with us all!) but my oh my @iamlpofficial puts on a show like nobody’s business. Not only does she have an incredibly unparalleled voice but she plays the ukelele, harmonica, guitar I just love this performer so much. Oh and @noahkahanmusic was AMAZING as well, can’t wait to see where this guy goes! ?”.

Ashley (@loverlyashley): “The woman, the myth, the legend: LP. The most talented & badass performer I’ve ever seen. Truly an honor to meet you, @iamlpofficial”. Clau (@millumino): “LP @ Ace of Spades last night, absolutely incredible. Incredible performer. Exceptional vocalist, I’m still mind blown by her vocal range and ability ????????????”. Lex (@lex_luthor2): “Had an absolutely wonderful time last night, got to see one of my favorite artists, @iamlpofficial , live. She’s even better in concert, her vocals are even more stunning, and she’s so small! This definitely is my favorite concert I’ve been to yet. If you’ve never listened to her, you should. She’s crazy talented, and puts on a great show. Great music to vibe to”.

Jordan & Sofia (@2wanderlustgirls): “Last nights adventure led us to one of the most phenomenal performances we’ve ever seen live! @iamlpofficial was fantastic and seeing her live was a dream come true ✨”. Well, we all agree! I also recommend checking @lp.clubdefansmadrid Instagram, as few of their members are in the USA and they shared short videos & some pics from the concert.

That’s all from me for now! If anything else pops up, I will either update this post, or post links in the next one, so you wouldn’t miss anything. 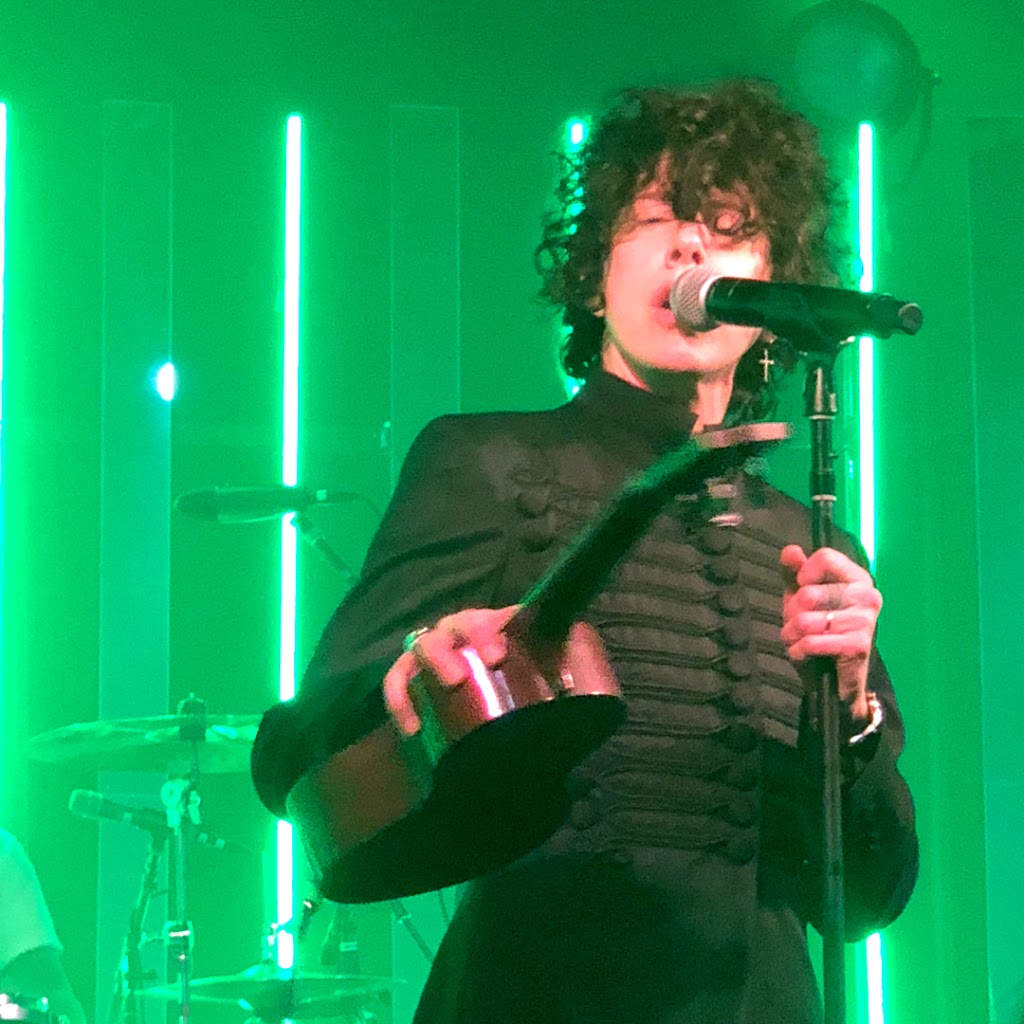 I so agree Anna with the lights comment. We don't just go to hear LP but see her too and perhaps interact. Some may end up having to wear sunglasses..i hope not..😎😉 Do like the added stage though may stop LP risking life and limb climbing things perhaps..😉😊❤