Cities 97 Live At The Lake at Waconia, MN in USA & nomination to AIM Awards 2017

LP is back in the USA, but she could rest for like maybe few days and is already on the road again, doing few more promo gigs/shows. Yesterday she was in Waconia, Minneapolis, that’s very far from where she lives. She had to take a plane, even though she surely hasn’t left behind her jet lag after the European Tour. But there she was at Lola’s Lake Houe to take part in Cities 97 Live At The Lake 2017. I wouldn’t have too much to share with you, but thankfully a lovely woman named Jill wrote to me few days erlier, saying she will be seeing LP. Jill was very excited and was excited with her. We exchanged few messages and finally Thursday arrived.

And now, I will give my voice to Jill, as she will do a far better job describing it for us. “I had been looking forward to seeing LP live for 3 years ever since seeing her on Guitar Sessions playing songs and being interviewed. I fell into her voice and music like a duck to water. She was coming, my dream was about to come true. I had been watching her tour through Europe for months via YouTube, Instagram, Twitter, and Facebook. I saw her passion for what she does, her voice of an angel conveying her deepest thoughts, feelings, pain, and also joy. Every time I hear her sing, she brings me along with her through everything, like pulling me with her hand to experience her life and being there for me when I experienced the same”.

“The day arrived; anxiety, anticipation, hopefulness, pure joy and excitement. I had made reservations for a table closest to the stage weeks before. The venue, a restaurant/bar, about an hour out of Minneapolis, Minnesota. Perfect. I had hoped that my first experience would be intimate, not a stadium show or festival like I had watched from afar. Again, my dream coming true. My fiance and I arrived early, our table was ready and it was perfection. We ate a late lunch and had a drink or two… 🙂 We watched the Cities 97 sound person setting up and I saw a sound check slip with LP in large letters at the top. So excited! I slipped out to get something from my car and had my phone with me. When I was returning to the building I saw a large SUV parked outside, the driver opened the back driver’s side door and LP’s guitarist emerged and went to the back door that had been opened”.

“Equipment. I stopped dead in my tracks and asked the driver “Is this LP?” He did his job and professionally shrugged a “I don’t know” in reply. At a distance, I walked towards the other side of the car and saw… her hair. I asked “LP?”, she turned, got out, and very softly said “hi”. I saw a relaxed woman, but yet tired I thought. I hesitated for a moment to wish I could disappear and leave her alone, but she quickly reassured me that all was OK, like angel wings surrounding her and set down her things on the seat and approached me with a smile like I never thought would be given to little ole’ me from Minnesota…. 😉 My emotions got the best of me and she saw my tears and gave me a hug and let me know everything was cool with her. Her warmth is abundant and she immediately engaged with me in conversation. I told her about the first time I heard her music and she commented something about me being a long time listener or something to that effect.”

“Made me feel lucky, but I think whenever the time is that someone is brought to her voice and music is their lucky time, yesterday or 3 years ago like I was… I was still emotional at this point but I told her that I wanted to know if we could take some pictures together and make a short video for her blog/fan clubs. She was delightful at that idea. You’ve seen the video, my emotions were evident, but much more so, her friendly, warm self. After that we walked into the venue together, I asked if she would mind coming to my table to meet my fiance and receive some gifts/flowers that I had brought her. No hesitation, she said “Of course, yes!”. I introduced Steve to her and she was again, friendly and warm. Her fans, I believe, are her light. She is “at work”, yet so pleasant and relaxed. Interested and engaged. I gave her the gifts and we went through everything together (no pics/video of that sorry..). The gifts for Orson were her favorites I believe. :)”.

“LP then left to begin preparing to play, the sound check set up began and at some point during that Eli (drummer), came over for some hot tea that had been delivered to our table for him. He was suffering from sinus trouble and was jet lagged, but as LP was, was friendly, warm and open to engaging in conversation about California where he lives and where my fiance is from so they enjoyed talking. We were present for the sound check (songs:  Up Against Me, When We’re High, Lost on You.) After the sound check, the warm up group “Moise” came on. After that it was LP!  Her set list was:  Other People (where she used “Off yourself” instead of “Fuck yourself” because of it being a family restaurant.), No Witness, Death Valley, and Lost on You”. For video to ‘When We’re High’ – click here.

“She did amazing! Voice on point tenfold, she seemed relaxed and enjoying herself. In between songs, the radio station (Cities 97), did some questions and answers with LP. She handled it all like the pro she is. All this was coming to an end too soon – was I really absorbing it all? I felt like I was but was also distracted with recording, taking pictures, doing 2 Facebook Live clips, as well as singing along with her songs. In watching the recording all I know is that yes, I absorbed the songs, enjoyed her music immensely, but absorbing the fact that I was 10 feet away from our LP for 2 hours? No, that wasn’t reflected on until after the show, during the drive home, and staying up for hours afterwards watching the show again. Still today, a day after, I feel like I am still wrapped in some sort of dream like state and know for one thing is I don’t want it to end”.

✉ All the way from 🇺🇸 to 🇵🇱! Kind gesture of @anjill4880 who asked the one & only @iamlpofficial for her autograph for me and she did and added sth extra 😍 for me. Jill added sth extra on the envelope as well 🖍 LP & Jill thank you for putting a huge smile on my face 😊 #lp #iamlp #iamlpofficial #thankyou #laurapergolizzi #lpblogpl

“Prior to Lost on You, the radio station announced that LP would be staying to meet her fans, take pictures, give autographs, etc.. She needed 5 minutes to regroup but had offered this time to all of us because she loved meeting her fans and it was important to her. [Please see my Facebook Live clip of Lost on You to see a funny moment after LP leaves the stage, goes out to the deck by herself, eavesdrops on what the Cities 97 person was saying and then… well you’ll see what LP does next!] [CLICK HERE!] Steve and I stood in line towards the back and when we reached her she was so happy, kind, and pleasant!  I had my picture taken with her (with my phone), via a person they had assigned from the venue I believe, and she also signed my CD covers. (One for Anna too! I had one just for her!)”. Yes, Jill has totally surprised me with that!! I did beg Jill to send my best wishes to LP, because, you know… But that exceed everything! Thank you Jill!

“Steve had LP sign one of his guitars, he was THRILLED! He also asked if he could play a little something for her, she was all for it and her guitarist and her complimented him afterwards! She said they needed a bass player, I don’t know if she meant in general or for last nights show, but Steve doesn’t play bass.. Umm, he could learn though! Ha! As we were leaving I remembered I forgot to have LP sign my shirt! I couldn’t go back again, right?! Steve insisted I do it and right away! So, back I went to seize another moment with her. In the back of my mind I thought she would think…what is this girl doing back again??! That is not strange to think that inside your head, right?  I think it is normal to believe that you may be bothering a celebrity/musician if you hang around too long, you know? But I regretted having those thoughts because this is LP, and she is NOT your typical person or musician and I knew this the moment I was by her side again. I was about the last person or so in line, she signed my shirt, we said our final farewell’s and then I rejoined Steve to head to the car. Note: what I overheard was, is that LP had a table on the deck and they were planning on having dinner there. I believe someone mentioned Oysters!”. And that’s it! Thanks Jill for writing so vividly! Jill recorded full performance and we will share it with you, once we get into it.

Also, in other news, LP has been nominated to AIM Awards 2017 for ‘best live act’ by AIM – UK’s independent music industry. BEST LIVE ACT is voted for by visitors to Songkick, others in the category: Counterfeit, Jack Savoretti, Passenger & Rick Astley. To learn more click here. And finally, acoustic version of ‘When We’re High’ recorded by LP for Shure before concert at Montreaux Jazz Festival in Switzerland has been released. You can view this video by clicking here. 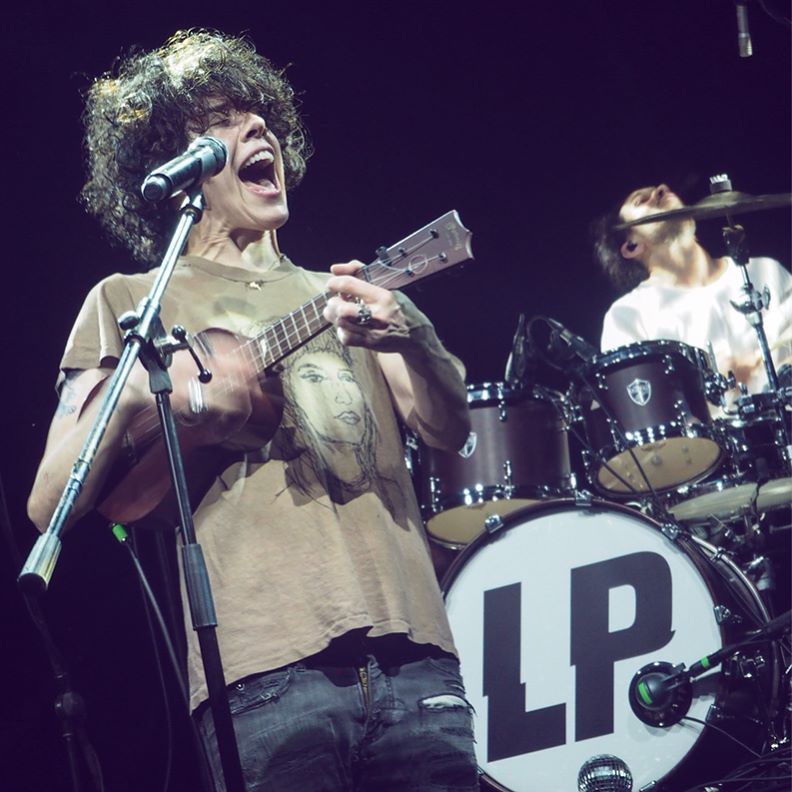 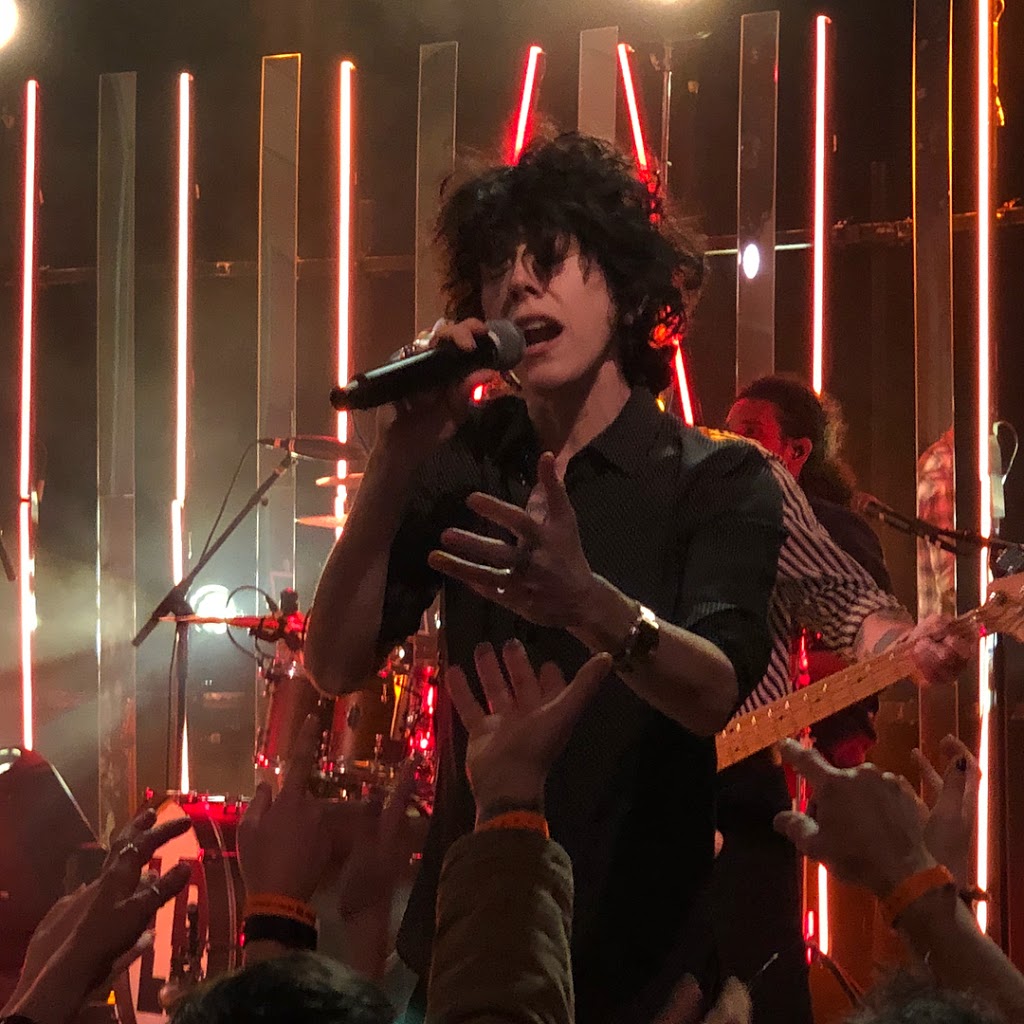 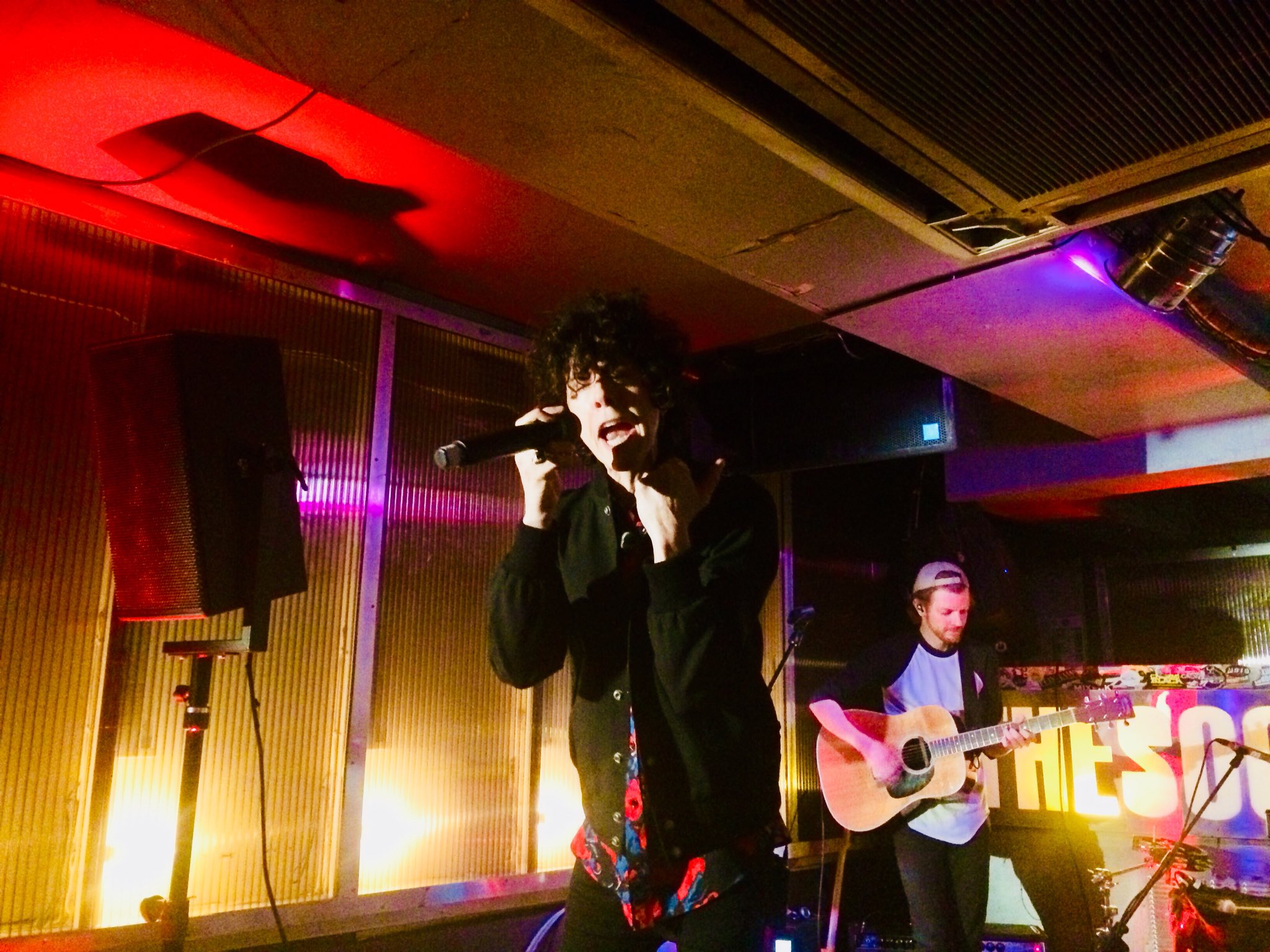 Cool post! The links to the videos don't work though :/

most likely settings of Jill's Facebook account are set to private. Will let her know to change those videos to make them public. Thanks!

Wow. this was – Totally amazing. Done a tour to twitter. All the videos are so amazing and the blog is so impactful. Beautiful ppl. Can't be more in love! Thanx fr making my night so lovely! (All my assignments thrown aside 😝 – m gona watch LP tonight). She has…so deeply changed lives, we need more sch ppl to keep spreading love!! 💓💓 (Bt ya, LP first ❤)