Still trying to get back on my feet from London experience, so I will try to provide at least a tiny coverage from Italy, as on the next day (3rd July) LP played at the Auditorium Parco della Musica in Rome. Auditorium was inaugurated on the 21st December 2002, and this place has become a consolidated reality on the cultural scene of  both the city of Rome and the entire Italy.

LP played her concert on the occasion of the 15th anniversary of the auditorium. She looked really happy to be back in Italy with her fans. There even was a moment when not only LP couldn’t hide her excitment but her Italian fans as well. Let me get back to that later. As for the setlist, judging from the live, which you can watch at LP Italia Facebook, there were some changes to what was printed officialy.

Starting with ‘Muddy Waters’ LP left out ‘Strange’ from her performance, moving on to ‘Other People’ instead, which was followed by ‘Tightrope’ – during that song many people came running to the stage and stood there for the next few songs. Then was ‘Up Against Me’ and ‘Strange’ with those sexy dance moves by LP. Those songs were followed by ‘Switchblade’ played solo by LP with addition of JD’s guitar.

Then the live stopped. When it was resumed there weren’t any people next to the stage. LP Italia posted next live starting with ‘Levitator’ and ‘You Want It All’. Just before ‘You Want It All’, LP asked the crowd if everyone was ok, she said she didn’t know people couldn’t gathered in front of the stage. Also I believe the live stopped as her mic stopped working for a little bit, that’s when security must have cleared the space in front of the stage.

After ‘Suspicion’ was ‘Tokyo Sunrise’ during which LP left the stage to be closer to her audience and that’s when people starting running towards her from different directions. It looked quite scary, watching it on the video, but LP was protected by the security, who somehow managed the situation, though for the rest of the concert many people gathered right under the stage to be as close to LP as possible. Just check this video. It’s amazing.

Frankly I don’t blame them, she has that aura, that you just want to be near her, and look at her, and of course listen to her voice. Then everything seems to be better and your problems are not important anymore… LP was taking pics, giving autographs, she took her time with her fans, it was really sweet to see. Another beautiful video can be found here. Then was ‘When We’re High’, before which LP confirmed that the video is coming this Thursday, (that is today!). She finished her set with ‘Lost On You’.

For encore LP had a treat for her Italian fans, she sung ‘Night Like This’, which lyrics, as we all remember, were used to greet LP in Italy during her European Spring Tour. Crowd was wild, everyone was dancing and jumping. LP really looked happy. Italy loves her for sure, but here in Poland we love you too Boo Boo! LP finished her concert with wonderful rendition of ‘Someday’ and ‘Into The Wild’.

During the last song the whole auditorium was lighten up by a see of mobiles phones. You will see it on the video. And then the live ended. It was really heartwarming seeing LP so happy. It must have been a different  experience for her. She mentioned to the audience that she was really happy to be back in Italy during summer, she also thought the auditorium was a perfect place for the concert and the sound was great.

For official images of that event click here. Here you will find another gallery & quick video of LP from Rome. Another gallery of pictures can be found here. I am trying to catch up with everything asap, but I was already back at work today, hopefully during this weekend I will manage to be right on track.

I’ve decided to add one more pic, as I love it too much not to include it in this post. Italy, it must have been a blast for you! I recommend checking @lpandlaurensfamily Instagram account, they have posted many beautiful videos from the concert. 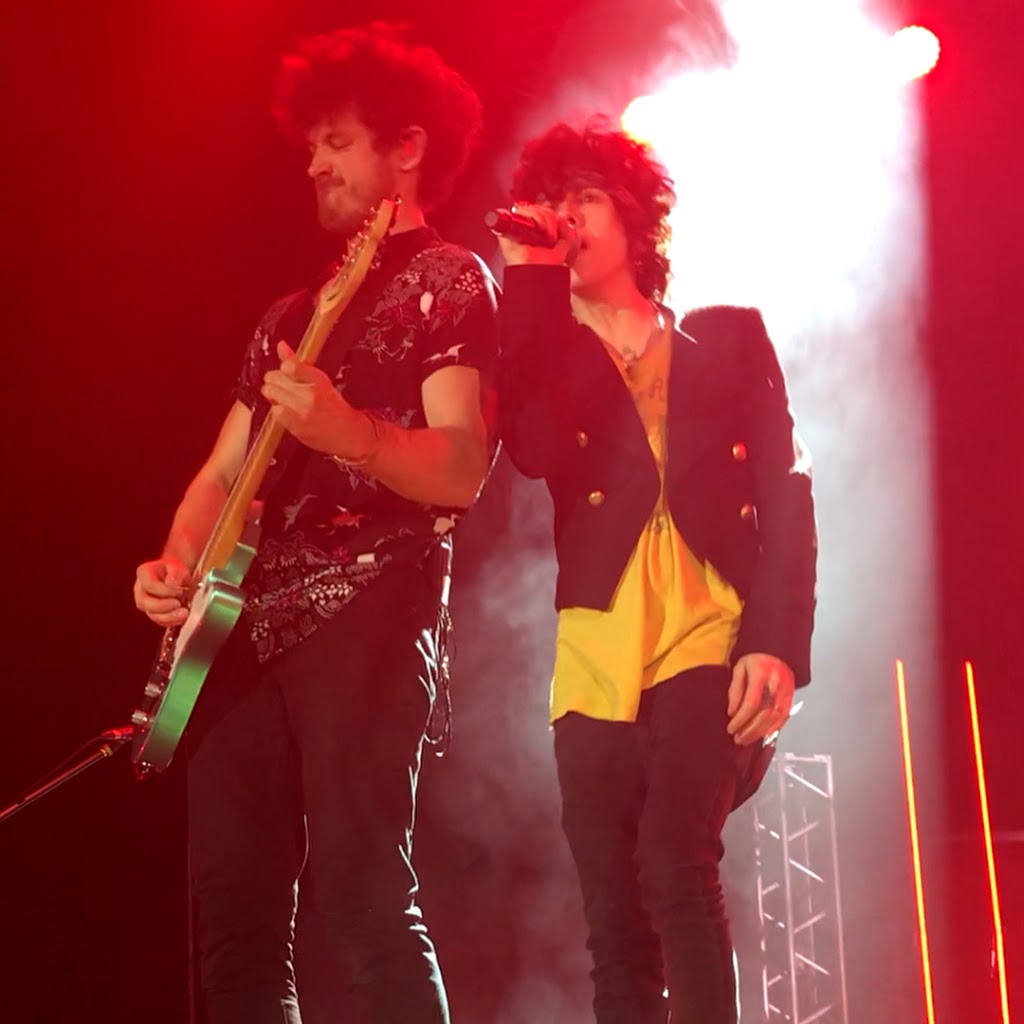