I cannot keep up with LP ✋, yesterday Switzerland, today Belgium, but let’s get back to Italy for a little bit, as on 4th of July LP played concert at Arena della Regina in Cattolica. Two of my Twitter friends were at the concert and they have shared their memories of that day. Let me start with @moongris8: “Tonight, through the dark, the sun was shining, and the crowd formed clusters of galaxies, due to LP gravitational attraction. LP was like a high-powered magnet”.

“I restored my faith in humanity. It was a concert experience like no other, the most emotional concert I’ve heard. An amazing musical experience… my heart beating in time with the universe. There was a strong energy, it was simply wonderful. I sung, screamed, roared, danced as never before. I’m still shocked. Fantastic singer, beautiful pure voice, so many great songs that are always in my head, in my heart, in my cells and DNA”.

“I saw you for the first time last year on Italian tv and I was completely blown away with your voice and talent. You rocked my world with your lyrics. Then I saw you – live – at Geox theatre (Padua). It exceeded my expectations and that experience left me shook for a long time. And now… all I need is another show! I’ll see you again, and again, and again… Wherever you go, I’ll find you, because your music has already found me”. Beautifully written! Thank you for sharing!

And here are memories as written by @fr_colors, who started with the chronicle of the day: “Let’s begin: we were in Cattolica 2 days before the gig, but I had to came back to work on the 3rd of July, about 600 km, so in the morning of 4th, I wasn’t able to get to the Arena della Regina to queue in line very early… we only made a quick tour of the place to look how much people were there… at about 9.30, there were at least 10-15 people”.

“We got back at 15.00 and got 40 & 41 position in line, that’s quite good for us, because it means that we can get to the first or second row, for sure. Then we waited for so long. At about 15.30 or 16 (I think, but I’ve lost track of time for a bit…) the bus arrived, and I think everyone was able to tell that there was also LP….so we got back to waiting. The place was left quite open so we could saw Mike Sassano & Darren. Then I don’t know who, but some people could saw LP arriving”.

“And at LP Italia Official FB page you can read all about their meeting with LP… but I don’t know at what time that took place…”. They met at about 7 pm., prior to the concert. Story of meeting with LP can be found here. And translation of that story is here. “At about 17.30 soundcheck started, we could hear clearly & loudly LP’s voice, then the volume became so low…. then high & low: they’ve checked Tightrope at least 3 times, and the soundcheck lasted a long time”…

“Past 18.00, security put metal barriers to control the line…but they started to let us in only at 20-20.15. LP Italia Official prepared a fan-action but the Security didn’t allow to bring soap bubbles to the Arena….!!! Well, no problem! A lot of people had red ribbons, and so on. We could get to place in a second row (very good!) and waited for the beginning. Mike, Darren, JD, Elias went on stage to prepare instruments and at about 21.15 the concert finally begun.

“I hope to tell the right sequence of songs, but I’m not sure, you know, you just loose your mind exactly when LP starts to sing the first note… Muddy Waters, wow, what a voice! And then Other People…some people had soap bubbles after all!!!  😉 LP told that she was very happy to be in Italy again. The crowd was very excited, sung, danced and screamed all the time. Great gig… but unfortunately the voice sound was very bad in the first rows”…

“Maybe because there weren’t speakers on stage, so we could hear sound of instruments very loudly but the sound of her beautiful voice was too low. Then was the time for Tightrope and… Lauren Ruth Ward came to the stage as she did during past gigs, she danced and sung with LP, then she went to a little balcony upstairs, from where we could see her… she danced the whole time! (video here). Then I think there was Up against me… and next Strange”. For video of dance with Lauren click here.

“Switchblade was next, played solo with JD. This song took my heart since the first time I’ve heard it. The lyrics and the way LP sings it take me in a very strong way, everytime”. SAME HEAR! The other song that I really love is Forever for now, but LP sung “Night like this” (dedicated to LP Italia Official fan club), instead of it (I think). No problem, anyway, as ALL LP songs are beautiful ant it’s too difficult to choose the best one”…

“After Switchblade was Death valley, then Levitator and You want it all. Very amazing. Then Suspicion and Tokyo sunrise, during which LP took place near Elias’ drum-set, as she did at other gigs. And she ended the song with incredible voice performance. No witness and then When we’re high, very cool: during this song LP took few looks to Lauren upstairs…. “she’s so fine”… Lost on you was next and LP raised a glass (of water 😉 ) during chorus”.

“At the end, as I wrote earlier, she sung Night like this, but a funny thing happened: at the beginning Elias done a little mistake and LP stopped the music and started again… you can see very short videos on my Instagram profile”… For video click here. “Sincerely, I took very short and very few videos (and pics) because I want to look at LP with my own eyes, and not through a smartphone’s eye. I wanted to look into LP’s eyes, and not wanted to be distracted by anything else!”. I can totally relate to this, as I do the same thing!

“At the end there was Someday, during this song LP went near the front line, and signed autographs while singing…in some videos you can see that she threw the pen very high and then grabbed it again all while signing… Damn! While singing! She was perfect! Into the wild was the ending song. Addictive as always!”.

“While most of the people left the Arena, we stayed in the front row waiting for LP. First JD, Elias and then Brian threw setlists to the front people, then Elias gave his drumsticks to a lucky one and Brian gave his plectrum to a little boy near me. They were so glad and stayed to sign autographs. Then LP arrived and started to sign autographs and taking pics with all the people. There was also Monica Vandehei, she was very kind with all the people. LP stayed there till she had taken pic with the last person who was there”… She is amazing, I know. Kind & patient!

“And now, very few impressions… Well, you know, the gig was great, LP was great. LP IS great.
She’s so strong on stage and so gentle with all the people who interact with her. She’s able to hit your heart and mind and change your mood with the first few notes. I’m very lucky: it’s the second time I could hear her voice live, and still it isn’t enough. There are no words to explain clearly how I feel, because I don’t really know how I feel!!! LP makes me stronger. And yes, her music makes me feel good, always”. Thank you so much for sharing your expressions with me and my readers.

On the next day, LP and the band had a free from the show day, and they were enjoying themselves in Italy. LP was really happy to have her love next to her, and she posted some insta-videos, Lauren did the same. My favourite one is of LP dancing! I’m sure they both missed each other very much, as the tour is going on for quite some time now. On the next day LP was in Switzerland, but I will cover that in a separate post. Till then! 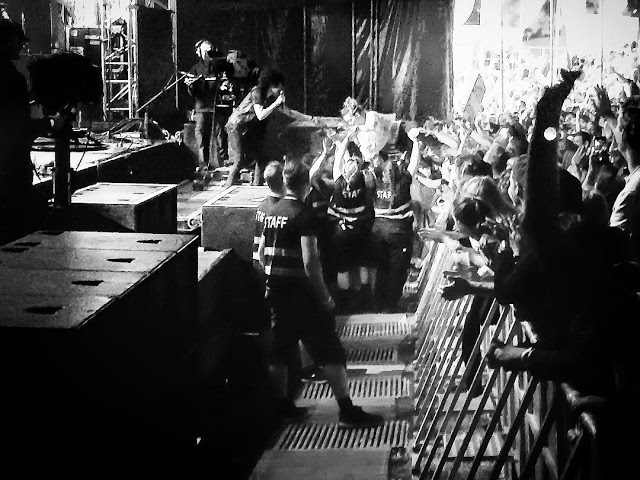 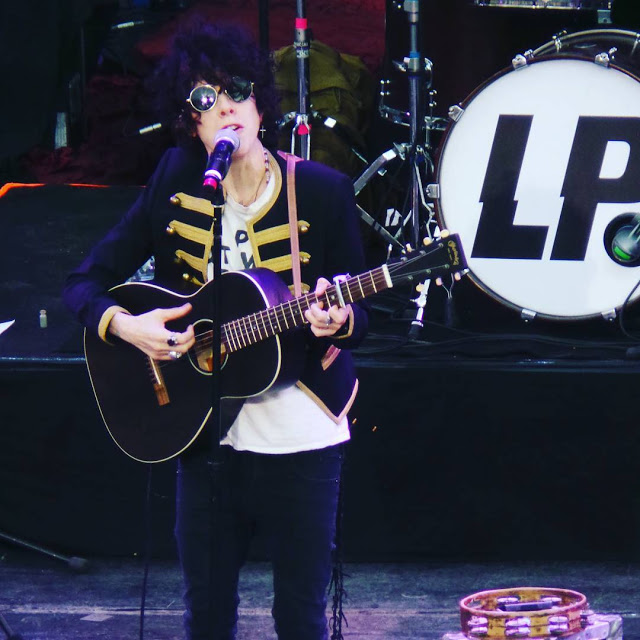