And another recap of LP’s US Tour. 22nd May LP had a free-from-the-show day, however Rita Wilson shared a pic via Insta-story linking to LP who was recording some demo for her. Back in 2016 both Rita and LP shared a pic with info about a collab song, however not sure wheter it was released or not. Perhaps it is a follow up? I guess time will tell.

On 23rd May LP arrived to Atlanta for her sold out show at the Vinyl – music venue located at the Center Stage. Center Stage is an icon in the Atlanta Music and Performing Arts Community, featuring three unique spaces within the same venue: Center Stage Theater, Vinyl & The Loft. Vinyl – where LP performed has capacity of 300, so another very intimate setting for the concert.

LP, yet again, received praising reviews from all the people attending her concert. It’s just great to read how many people are enjoying her music and feel the same way about her performing. Melissa (@misstto): “I can’t EVEN deal with how FUCKING mind blowing this show is! HOLY SHIT! She is incredible! One of the best concerts I’ve ever seen. And she’s so lovely as well. Seriously. I am in complete awe! Top 10 wow @iamlpofficial. I can’t stop. She is so fucking amazing!”.

I also really liked comment from Natalie (@nrouse927): “Actual footage of @iamlpofficial melting faces and making babes question their sexuality from to coast”. It reminds me of a comment my friend Concha wrote a while back: “thanks to her [LP] every single woman has discovered she carries within a lesbian :)”. Not to mention some people wrote funny comments that “LP stole my wife“, meaning that often wives with children after discovering LP and her music are more interested in her than their actual husbands 🙂

And on a more serious note, it’s hard not to think what happened just few days ago after a concert in Manchester, so I would like to quote here Ali (@moondustrecall): “Coolest thing to watch, @iamlpofficial immediately rush over and say hi to the two kids rocking out in the front row. My heart goes out to all the victims of the terrorist attack in Manchester, especially the kids. Tonight reminds me that the human spirit remains unscorched by the bombs terrorists hide behind. Love and compassion are only fortified in the fires of fear and hatred”. Love and peace to all!

Tonight LP will be rocking a Visulite Theater stage at Charlotte. So I’ll be seeing you again tomorrow! Also today LP’s friend and tour manager Mike Sassano celebrates his birthday. He shares his birthday with Monica Vandehei, who works as Assistant Manager. She has helped during European tour and now she is touring States with LP. Happy birthday to Mike & Monica! 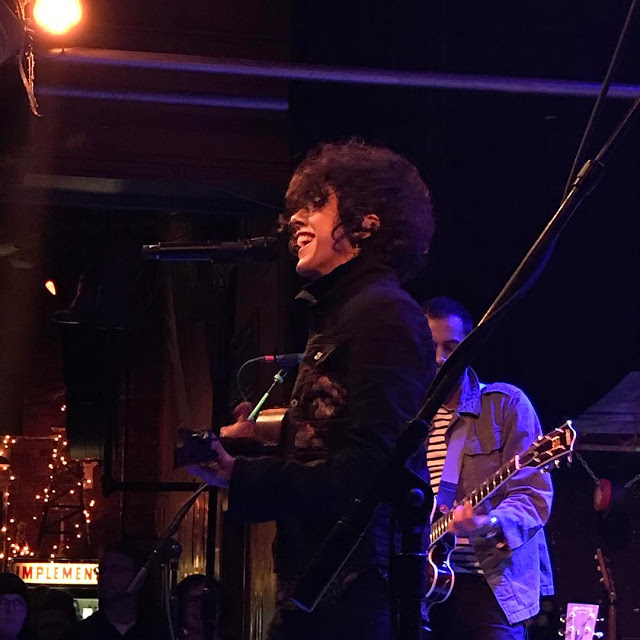 I am one of those "stolen wives" too. I am 50, and never in my life was so fascinated by a musician, I am fascinated with her whole being, her voice, how she sings, how she looks, and the way she talks in interviews and what she says, and the videos from her live performances!
And thank you so much for your work on this blog. You are amazing doing this.

Erzsi, thank you so much! I am not a wife, single to tell the truth, but she has captivated me in the entirety! 🙂