As promised today I will write about LP’s latest release ‘Lost On You’ – Deluxe Edition in Europe and full length album that finally hit the stores in USA & UK, yesterday on 5th May. I have been waiting for this one ever since I’ve found out it will include songs we only knew from live vidoes of LP’s concerts. In Europe we’ve been familiar with most of LP’s songs, but I know many people in USA & UK are discovering LP as an artist at this very moment and hearing most of her songs for the very first time….

I still remember the moment her music have spoken to me and how she cut me deep with her voice. LP is one incredible human being and I am very happy she could finally share her music in her home in States, the way it should be right from the start… She struggled for such a long time, but she is finally home. But how, it all started, that’s a very interesting story and I will quote a man who discovered LP for Europe and who is responsible for LP being rediscovered again in USA.

Manos Xanthogeorgis (who is Head of International Digital Marketing Sony Music Entertainment from New York City, though originally from Greece) wrote this story on his Instagram on the 28th July 2016: “February 1st [2016] I was flying to London. It was an evening flight and I was too tired to watch a full movie. I put my headphones on and started listening to random songs on Spotify. Obscure bands and artists I had never heard of. I wanted to find something new. That night I stumbled across @iamlpofficial and Lost On You. I saved the track and played it on repeat 5 or 6 times. At last a new track that I love, I thought. What a voice. I fell asleep with a feeling of accomplishment. What a great discovery. The next day I sent it to a friend that I really trust. A HITs magnet and probably one of the best radio promoters I have met in my career, Panagiotis (@ploulourgas – Head of International @ Heaven Music Greece / Label Manager and A&R Manager @ 314 Records). I had a feeling this song could work well in Europe – and if someone could make it happen, that would be him. 18 days later (Feb 20th) his label sends a request to license the track”.

Here I will put a quote from LP herself, how they got in touch with her, as it’s crucial for the rest of this story: LP, when asked what’s the best place she’s been to on this trip, meaning her European tour: “Greece was insane. That’s also where everything started for me. It’s a funny story. I’d released an EP that got some love on Hype Machine, or whatever, but it wasn’t really getting pushed to radio. Around that time, I checked my direct messages-something I hadn’t been doing very often-and this guy from Greece named Panagiotis [Loulourgas] had written, “Hey, I’ve been trying to get in touch with your label, but they haven’t answered me back. I feel like your music would really work here in Greece. I run international at a label called Cobalt.” I responded to him, and the next thing I knew, my song was hardcore charting in Greece. Then Italy followed suit, then Poland. Moral of the story is, check your fucking DMs! [laughs] It could change your life”. Quote from article for Interview Magazine, May 2017 issue.

And here’s the rest of the story from Manos: “Her indy US label agrees. “Why not? What a random request.” I’m sure that’s exactly what they thought. 1 month later Lost On You is the highest new entry on the Greek national airplay chart, #2 on iTunes’ singles chart and #19 on Shazam (March 20th). April 20th, the song is #1 on national airplay chart, #1 on iTunes, #1 on Spotify and #1 on Shazam. Early May, Lost On You starts popping up on the charts in Italy, Russia, Turkey, Romania and France. She starts getting tour requests and soon confirms her first ever euro tour. Who would have thought. Today July 28th she performed at the Beacon Theatre in NYC. Today I met LP and I had my moment”. Manos, thank you for this story, Panagiotis for helping in discovering LP for us and for finally letting the world to see this rare gem. From the bottom of my heart – to both of you, THANK YOU.

Let’s get back to this album. It’s perfection, it truly is. It’s been on repeat so many times I can’t count. Each song has incredible story, lyrics and depth, and LP’s voice is a masterpiece. I couldn’t choose a favourite song even if you put a gun to my head. I love them all. Though I think I have understood fully ‘No Witness’ after LP’s live performance on Jools. As for the new songs, ‘Suspicion’, ‘Long Way To Go To Die’, ‘When We’re High’ & ‘Switchblade’… Where do I begin?! I have no words to explain how I feel when listening to those. But I think tears streaming down my face during ‘Switchblade’ are the best explanation.

And now, a quote from LP’s friend and an executive producer of the record, Mike Del Rio: “Today is a special one… having the pleasure of working with people you love like family is something I never take for granted. I executive produced the entire album for my darling soul sister @iamlpofficial and feel so proud of what we made together. Love to my brother @natecampany for being the rain maker & completing our special trio. Thank you @w0ndersh0w @davidgamson @mozellamusic @sarabsingh @thesoundofscott @higherprotocol @audramaemusic @isamachine @thevillabianco for being so incredible and sharing your energy and art. Extra special thanks and respect to @ianmcevily @rebelonenyc @zsssss for making it all happen. Onward and upward … love you all ❤ -M”. Mike, what can I say, thank you this record. And to many more in the future!

LP – what can I say, that I haven’t said before… I know you must be tired at the moment, from all the promo & touring… But you have waited for such a long time for this, so please try to enjoy this as much as you can. Thank you for writing such beauitful songs, with meaningful lyrics and haunting melodies, that speak to so many people. Thank you for being you. For not-conforming. For the love you give to your fans. For everything you do. After the tour, when you finally get home and take a well deserved rest… Create more, as you’ve been born to write music. LP – I hope I will be able to say those words in June in Oświęcim, if not – THANK YOU. Dziękuję.

As for reviews, the best one I have read so far is this one, by Devious Pop. They have put a real effort when writing it. And a summary of what appeared since yesterday. LP was guest at Billboard, few songs of her live performance have been shared via Facebook, for video, click here. LP was also interviewed for MTV via Snapchat. To view this video, you must have a snapchat, subscribe to MTV (orange logo), then click on all the stories until you will see LP, and then click on the button at the bottom to view it. Tricky but do-able 🙂 UPDATE: I have just checked and this story is no longer available, sorry! 🙁

Today, there will be in store performance & signing with LP at Walden Galleria in Buffalo, NY. UPDATE from LP: “Buffalo! Due 2 weather and flights I need 2 reschedule my instore today @officialfye. So sorry! ? @altbuffalo will keep you posted! Thank u”.

‘Smoke Em If You Got Em’ Tour – Day 1: Debaser at Stockholm, Sweden

LP is postponing their UK & European tour till Summer months 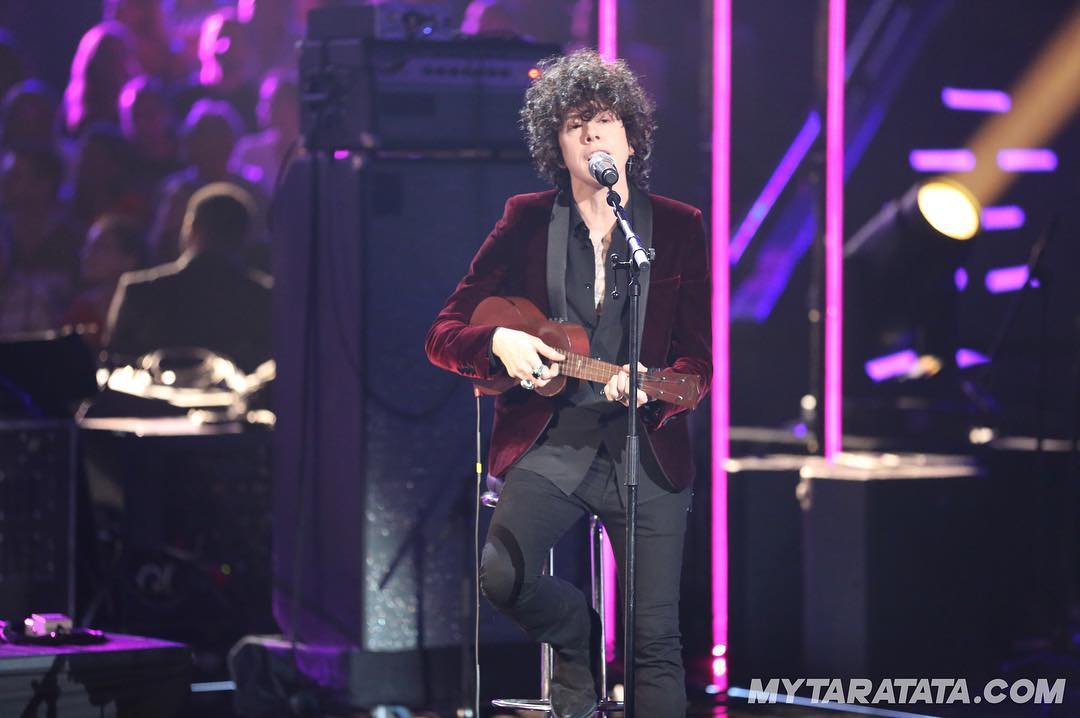