2017 Smoke Em If You Got Em Tour Acoustic Live Sessions

‘Smoke Em If You Got Em’ Tour – Day 10 & 11: Zermatt Unplugged Festival at The Alex in Switzerland

LP and her band arrived to Switzerland in the morning of 4th April. That day was a day off for them, to catch a break after quite hectic 3 days in Italy. Yesterday, 5th of April, quite late in the evening, LP was performing at the Zermatt Unplugged Festival – The Alex, which is one of 13 show performance stages of this festival.

Prior to LP’s show Zermatt Unplugged shared this lovely video of LP inviting her fans. You can view it by clicking here. And now a little bit more about the festival itself. It was founded in 2007, (so this year is its 10th Anniversary), by Thomas Sterchi and Marco Godat as a singer and songwriter festival.

Zermatt Unplugged has increasingly developed into a meeting point for fans of unadulterated sounds. The atmosphere of the Zermatt Unplugged music festival is legendary. In the village of Zermatt, which presents itself with 13 festival stages, you can experience music in an intimate setting. Zermatt Unplugged is the only festival of its kind in Europe.

And back to LP, she started her set with ‘Muddy Waters’. However, since it’s acoustic festival, the setlist has been altered a bit. ‘Muddy Waters’ was followed by ‘Strange’, ‘Tightrope’ and ‘Up against me’. Then was the time for ‘Other People’ and ‘The Old days’ – played for the first time during the “Smoke Em If You Got Em Tour”.

Another change came after ‘The Old days’, with the addition of ‘Dead Town’ and ‘Long Way to Go to Die’, to the setlist. Rest of the songs were as followed: ‘Forever For Now’, ‘Levitator’ and ‘Into the Wild’. And as for the finale of course LP’s biggest hit: ‘Lost on You’.

However today I would like to write a tiny bit more about the song ‘Forever For Now’. It’s from the 2014 album, under the same title. I have heard it countless times and it never, ever gets old. It makes me very emotional each time I listen to it. It’s such a unique, delicate – yet powerful song. LP wrote it for her late mother on the day of her birthday, if I am not mistaken in 2013, in one of her favourite spots in LA – Big Sur.

It was one of the first songs I learnt to play on ukulele, and I play it almost every day. If you’d like to learn it too, you will need only 5 chords (those are the ones played at most times by LP). Just keep repeating those in the same order, to the melody: Em, C/Cmaj7, C6 (where no string is being hold), B7 and Am. A little video of yesterday’s performance of this song is here.

Next two days are also ‘free from the shows’ for LP and her band. There might be some private shows, or time for interviews, photo-shoots etc, but I am not sure. Next, they will be performing on the 8th of April at Jazzablanca in Morocco. This concert will mark the middle of the European Tour. Few more official pics of yesterday’s concert can be found here. And check LP’s youtube channel, as new #BringYourStrange video, Episode 4 from Vienna, has been published yesterday.

Update. Podcast of interview with LP before her Zermatt concert is here. Gallery of pictures from yesterday is here (plus tiny video). And here‘s lovely tribute to LP as an artist, that was written after her Swiss concert. Sadly I had to use google translator, which butchers the text, so you will be able to understand like 80% of it – unless you speak French, then no problem for you! 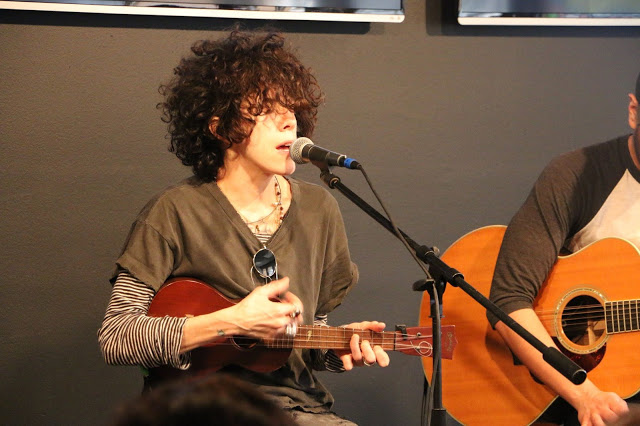 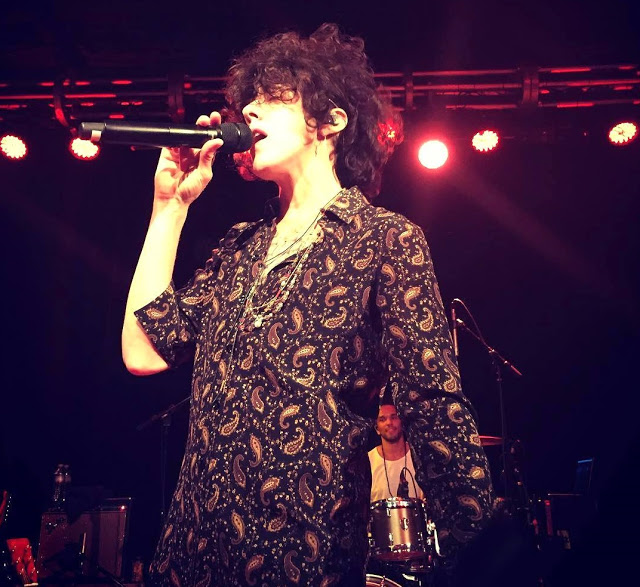