LP arrived to London in the middle of November, right after her X-Factor performance in Kiev. She spent more than a week in London, working on her next record with her friends, including Isa Machine of Florence + The Machine. Then, earlier this week she arrived to Dublin in Ireland, where she was joined by her fiancé and band members.

Last night the tour started with a bang at The Academy – music venue located in Dublin, which consists of four floors, each for differing music tastes. LP took the stage of The Main Room which has a standing capacity of 650 people with capacity for additional 200 people on the upper balcony. So quite an intimate venue, however really lovely inside, judging from the pictures.

Fans came from all over Europe, I have seen many familiar faces and the crowd was really strong. Prior to the gig LP was welcomed by her Irish fanclub, which handed her some gifts, including green Leprechaun hat and really beautiful, handmade quilts, with Celtic designs symbolising Eternal Love as seen in the Book Of Kells. LP showed those via her insta-story and I must say, I really loved those as well.

Now, I will give my voice to Magali, who has the incredible opportunity and will be at each and every concert of this tour. She described LP fans as “LP people” from the “LP United States of Europe”. Here’s what she wrote: “It was my first travel to Ireland. I came from Brittany in the West or France, (from the celt side) and I had the feeling to find back my celtic roots here, especially in the pubs with irish music”.

“We came from everywhere in Europe to assist LP during this new tour: from Poland, Spain, Italy, France, Russia, Slovénia, Czech Républic, England, Germany, Bulgary and of course Ireland. Some of us are living in another country: a russian women in France, a bulgar girl in Germany; and I even had a surprising meeting with a girl who was born and raised a few kilometers from my native town and who actualy lives in Italy. She had a huge surprise: she got engaged with her Italian fiancée just before the concert!”.

“The Academy is a small place and it was perfect place to begin this new tour. The first part of the show was Albin Lee Meldau: he is from from Sweden and he has a beautiful voice (completly different from LP’s voice) and his words are very captivating. He was very interesting”. I must say I have heard a tiny bit of his music via instagram, and I was captured. Looking forward to listening to him as well, since he will be supporting LP during this tour.

“It was also the first time for me seeing John Notto (the new guitarist). He has a different style of playing guitar to JD. I would say more rock. I do not have an absolute pitch, but his guitar sounded very diferent on several songs. And it was very interesting. LP seemed very happy to begin this tour. She was magic. She sang some of my favorite songs and Lauren was dancing near the stage”.

“Slovakian fan offered a crown to LP, which she wore for a few minutes then she gave it to Elias (the drummer). At the end of the concert LP wore a green Leprechaun hat (I suppose a gift from her irish fan club). She told us that she is a quatter irish (from her mother side, who was born Smith). At some point LP also sat in a chair (it was on the other side of the stage), which must have made some great pics”.

And a few more quotes from Instagram, starting with Anastacia (@anastaciarazmyslovich): “@iamlpofficial thank you from the bottom of my heart for the Dublin gig ?????? It was an amazing, awesome, astounding and unforgettable show ❤ I do really hope to see you one day here again!!! Meanwhile, let the irish black bog cat, that I gave you, be your lucky charm☘☘☘ As we say here in Ireland “Céad míle fáilte!!!” i.e. “A hundred thousand welcomes!!!”???”.

Nikola (@nikolathecuddler): “Dublin. Opening night. In the events of the past day I thought this trip couldn’t get any better. Flying for the first time and having a great time with my friends was only a tiny portion of happiness we were about to experience. After all, the concert was our main goal. LP came back refreshed and with energy we’ve probably never seen before. Even though a lot of fans were expecting new songs, we were not disappointed by her performance. In fact, very far from it. With some note changes she once again showed us her talent making us stand there in awe wanting more and more. During one of the breaks she took her time to acknowledge fans from different countries, who traveled all the way to Dublin to see her perform during the first concert of a new tour. Many of whom I met are also going to the next ones and it’s very understandable. After the concert had finished I couldn’t bear the fact that it was over and in my head I already made plans for the next trip. I suppose the circle will never end”.

From LP addict, Gaelle (@gaellecathyauthor): “My hero. She was on top form last night. What a voice. It will always give me shivers, and just plain make me… and thousands… feel SO DAMN GOOD. Thank you LP for another magical night! It felt so good…. i was on withdrawal. Awesomely kick ass show!! ??? So worth being overdraft… more I mean ???”. Foxy (@foxypcox): “Unbelievable gig last night, #iamlpoffical is astounding live ? what an amazing voice, just blew me away completely!!”. Kyle (@kyle_fitzpatrick): “Such a great gig last night. Waited a long time to catch her live. She’s some woman to whistle ?”.

I also recommend checking @iamcurly Instagram, she posted many great insta-videos of last night, including LP’s departure from the venue. As for LP, she sounded absolutely awesome and it makes me feel so damn happy to see her soon by myself. I couldn’t be more excited even if I wanted too. The only thing I need are some tips on how to survive queuing in such low degrees, I know I will be freezing after few minutes! So if you have blankets and live close, please come by and keep me warm!

Oh and one more video, this one is at the end of the gig, with LP thanking for the gig by saying: “I would like to thank the Academy”…, I just get her humour 1000%! For sort of summary video of the gig, click here. For setlist, click here. No new songs, however this time LP opened her concert with ‘Strange’, sort of anthem of all LP fans. And ‘Night Like This’, made a huge comeback. And a rarity in a presence of  ‘Death Valley’. Sorry for delay with this post, but it was like Sophie’s choice deciding which pictures will go with the words. Next step, Birmingham, tomorrow!!! 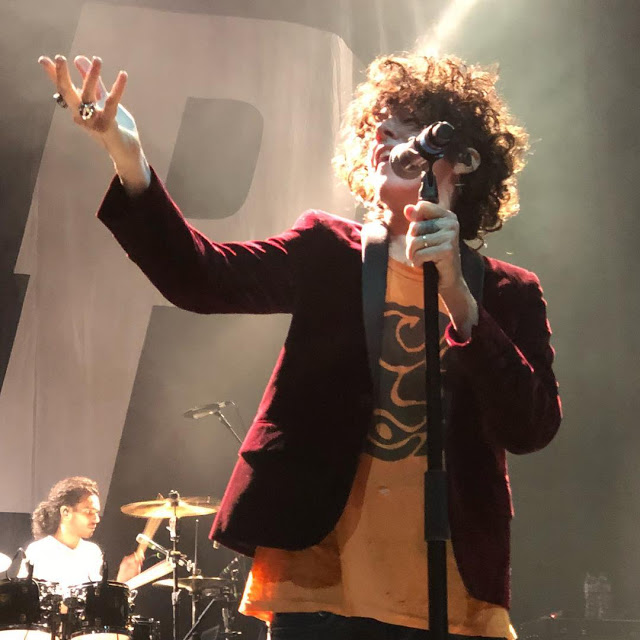 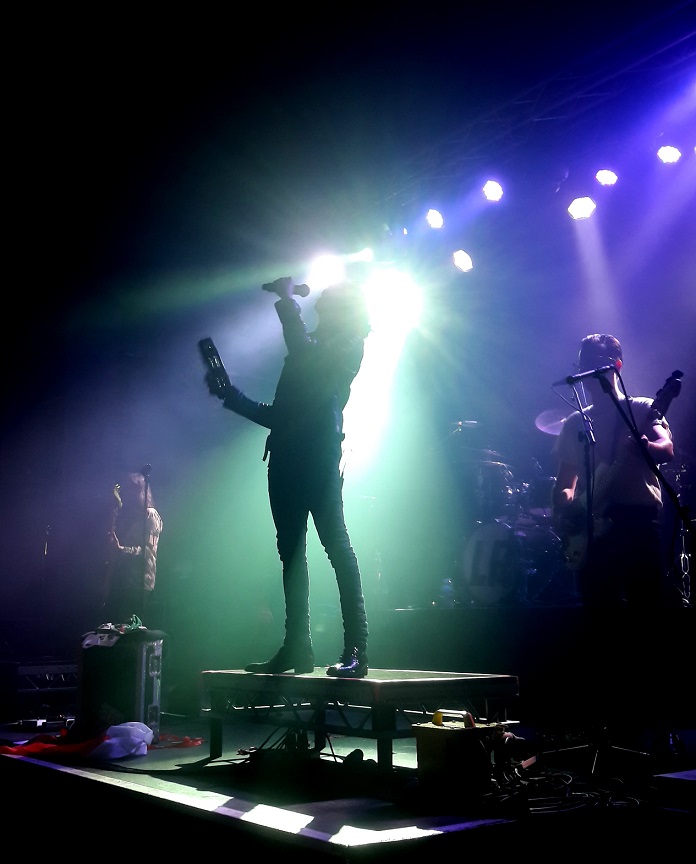 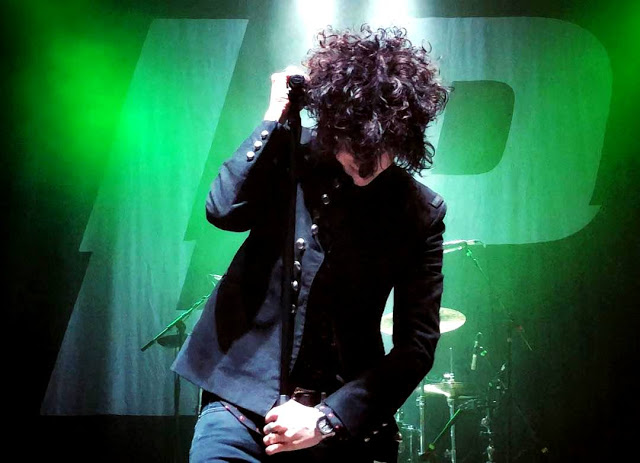