LP arrived to Italy on the 31st July to play her concert at the Teatro Gabriele D’Annunzio in Pescara, capital city of the Province of Pescara, in the Abruzzo region of Italy. Today’s coverage is courtesy of Grisù & fr_colors, as they both attended the concert and they even had a tiny surprise for me! But more on that later. Also kind thank you to @lp_fanclub_uk and their friend & photographer @fotocongioia, for letting me use few of their official images.

So, let’s start with Grisù (moongris8 via Instagram), who took her time, despite the work and lack of sleep to share her memories with us: “The sea breeze perfumed this magical night, the clear sky unveiled all the finest stars, but the star among the stars was her, LP. LP spread its wings and soared into the air, so all became electric. Every breath was pushing the electricity into my lungs, the red blood cells became electrons that were rushing through the whole body”.

“The beginning was with “Muddy Water”. Through her voice, the music comes to life. The first notes broke the silence of the summer night, and the crowd welcomed her in a warm embrace. I felt full of life, and she lured me in with her bewitched song. My experience was so far more multi-sensory than my previous experiences ever were. My alienation was kind of mystical experience, probably also because the theater had assigned seats, and at the beginning there was no pressure from the crowd as in the previous concerts, so there was more intimate and deep connection. Like to look into the eyes of her soul, like to have an amplifier of perceptions, extrasensory perceptions, without me even realizing it”.

“The first notes of the song transformed the atmosphere, everything became magnetic. There was nothing else: only her, music, me. “Hold me now”, I’m falling in a dizzying tornado, I feel unsteady, but I want to rush in blankness, be surrounded by dizziness, swim in the deep waters of emotion. And then emerging from the mud that envelops the thoughts, dull the memories, neutralizes the will. What a good estrangement!”.

“This time “Other people” arrived like a wave, a delightfull and bittersweet effect. I was sitting, but everything was turning, a kind of nostalgic ring-around-the-rosey of clearheaded regrets. With “Strange” I felt a familiar, overwhelming sense of strength: every time LP sings this song I can feel the power to free myself, and I’m always blinded by emotions. I believe it is due to the way she sings, so assertive and sincere… and the start with “Hey” is an invitation to be conscious. The pre-chorus and the chorus celebrate the most moving trust in humans I have ever felt. For this reason, when I listen to this song live, I literally cry this truth to the universe”.

“‘Levitator’ song opened the golden doors of my comfort zone, words and music reflected the sharpness of feelings flying to the bright night sky. ‘When we’re high’ electrocuted my neurons, making new crazy connections. I loved this song right away, it’s very unusual for me, because I usually need to listen to the songs many times to be able to perceive deep intention, the meanings that flow behind the first impression… but this song conquered me immediately”. I get it, I SO get it!!

“This time there was a perceptible crescendo, every song warmed the crowd more and more, and LP also was reacting with ever-increasing emotional wavelengths, she was so pleasantly surprised and grateful (at some point she said something like that “Pescara, I’ll see you again”). During “Lost on you” the crowd went crazy, many people moved away from their places and approached the stage”.

“I sang almost all songs, sometimes making the pronunciation of a few words wrong but I didn’t care, the atmosphere was so exciting, that the correct pronunciation was the last thing on my mind. I lost control, just like – if I may say so – when you make love, and everything else doesn’t matter :)”.

“The location was amazing: an outdoor amphitheater close to a beautiful pinewood park (the “Pineta dannunziana”), you could be inebriated by pine tree scent… and listen to the sound check sitting under the maritime pines and surrounded by the vegetazione mediterranea was a surreal experience. Four LP concerts in a few months, I can’t belive, but I’m doing it… Straight to the point: LP songs are calling… and I must go. She’s my Pied Piper”.

“Life is short, and – if it’s possible – we should take care of ourselves and grasp the opportunities, “carpe diem”, especially to nourish our soul. LP waters my soul, there’s no better feeling than it, and I couldn’t have asked for better. The moment may pass, but the memory of it will last forever”. Grisù, once again – thank you SO much!!

And few more words from @fr_colors: LP you’re a light in the dark. Another wonderful and amazing gig. You left me speechless, as every time I listen to you. I sang every single word of all your songs, trying to look into your eyes, thinking that you could listen to all of our voices, gatheted in one song. Thank you”. She added: “our ears were burning while listening to your beautiful voice!! ???????????”.

When your friends surprise you with a message straight from Pescara in Italy ❤ thank you @moongris8 & @fr_colors for this message and to @dazblaster for doing it for me despite the heat & your work. I smile like mad 😆 @iamlpofficial you have a great team 💥

Also both Grisù and F.R. surprised me with a tiny hello from Darren, they know I do like him very much! Girls & Darren, thank you so much for this tiny message – huge smile on my face. It’s almost like I was there with you… Thank you for thinking of me in that moment. So very kind of you!

Also one more quote courtesy of Caterina Calabrese, who discovered LP by pure chance when watching Sanremo earlier this year. @_katewild_: “A terribly spectacular, intense, strong voice, an absurd voice extension, a different stamp, personality, but putting the technique away … there was a beautiful and rebellious soul inside that voice. You can consider it a pride … even Italian! Thanks LP ❤”. Translated with the help of google so not the best translation but you will get the meaning behind it.

Also before the concert LP & Elias came to fans, to talk to them, sign autographs, record some video messages and take pics. It was lovely to see how much time and effort she takes and gives to each and every person! Just take a look at videos shared by @tisienina or @lpandlaurensfamily, she’s too cute!!

Finally, I would like to recommend an interview with Yoshitaka Kono by @LP_PLeasures. Girls talked to photographer about his session with LP for 1883 Magazine in London, that took place earlier this year. To read the interview click here. 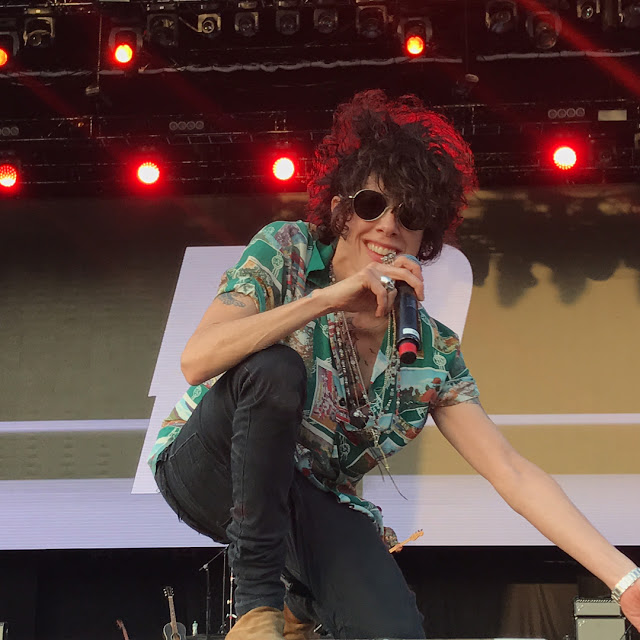 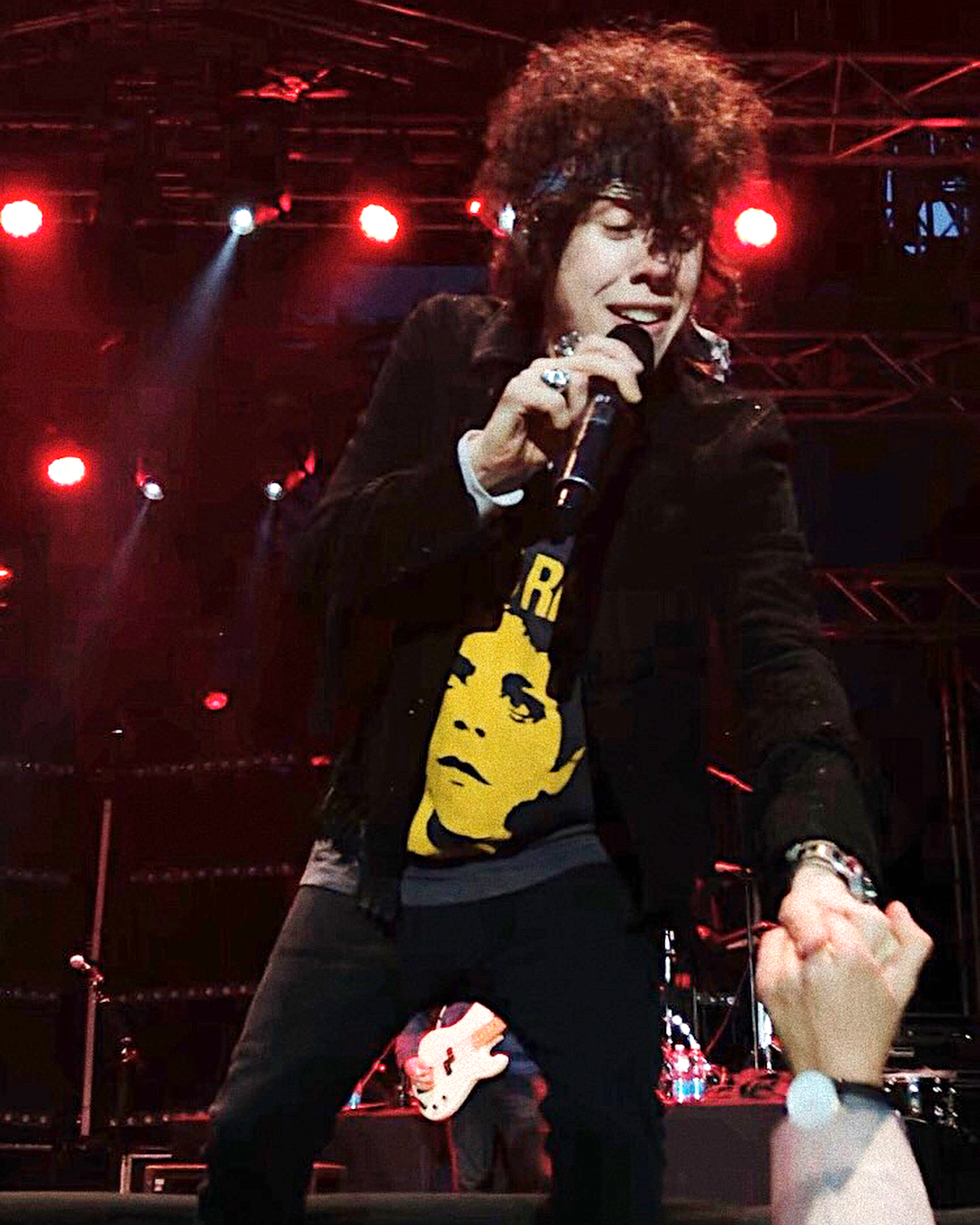