So let’s start day 3 (28th March) of LP’s European tour. As you all know yesterday she and her band have given a second concert at the same venue – the Roxy Club. Prior to the concert LP tweeted: “Prague!! I’ll be answering your questions while exploring the city in my video series #BringYourStrange. Tweet me your questions ?”.

LP and her band are being ‘followed’ by a camera man during concerts and backstage as well. Surely also during their downtime when exploring different cities as the tour will go by. So if you have some interesting questions send them to LP with hashtag #BringYourStrange. Here’s really great shot of LP and her fans from yestarday’s sightseeing of Prague.

Also yesterday, or the day before, LP has met with Blanka Huňátová – music editor & TV presenter for an interview. This interview will be up tomorrow, most likely at ÓČKO youtube channel, click here. After the interview Blanka has written: “LP is probably the nicest person i have interviewed! THANK U!”. It couldn’t be any other way.

And now let’s get back to the concert. I believe that the setlist was the same as on the first two nights of the tour. Here’s shot of setlist from yesterday – I know the date says 27th, but the person who took the pic attended the concert on the 28th.

Yesterday, I have gotten in touch with Monča via Instagram, as her pictures of LP’s concert caught my eye. I tweeted one of her pics, which was noticed by LP, who thanked Monča for her lovely words & pics. I asked Monča to translate her words into English, as I didn’t want to mess it up by using google translator.

As I’m waiting for her translation, here’s what I think I got right: “LP! I think that the experience of this concert will stay with me for a lifetime. I do not know, but probably it never happened to me before, that the artist would sing better in real live than on a  record …  and no, I’m not joking .. So if anyone of you will have a little chance to go to her concert, do not hesitate, it’s really worth it!“.

As I said myself, and as I hear time and time again, LP truly is magnificent singer in real live and I’m very happy that I will be seeing her during festival in Oświęcim in June in Poland. It’s something I’m really looking forward, it was my huge dream to go to her concert and hear her live.

For more pictures of yesterday’s concert check Čestmír Jíra Photographer’s Facebook, he took some really great shots, album is here. Also there are already some videos at youtube, just search LP Roxy, Prague. Also when I found this pic of LP & her fan, taken backstage after the concert, I just knew I had to share it, I love it!

And today, someone very special to LP, is celebrating his 2nd birthday. Yes, it’s Orson Johnny Valentine. LP posted this cute pic of her & Orson, writing: “Happy Birthday to this beautiful little perfect creature ! ? I knew the first day I met you that you would change my life forever. My good luck charm and the source of so much happiness it’s impossible to calculate. The original boo boo kitty guy. Orson Johnny Valentine I love you so much and miss you all the time. Thank God you were born. Thanks for making my life so complete!! ❤?❤ #twoyearsold #terribletwos #twocute #twomuchlove”.

Oh, I almost forgotten, last week when LP was in Italy, she was a special guest at a reality show titled “Amici”. Now you can view two ‘behind the scenes’ videos with LP.  First video is here & second one is here. Full episode will air this Saturday.

Heart To Mouth – Not Your Average Review 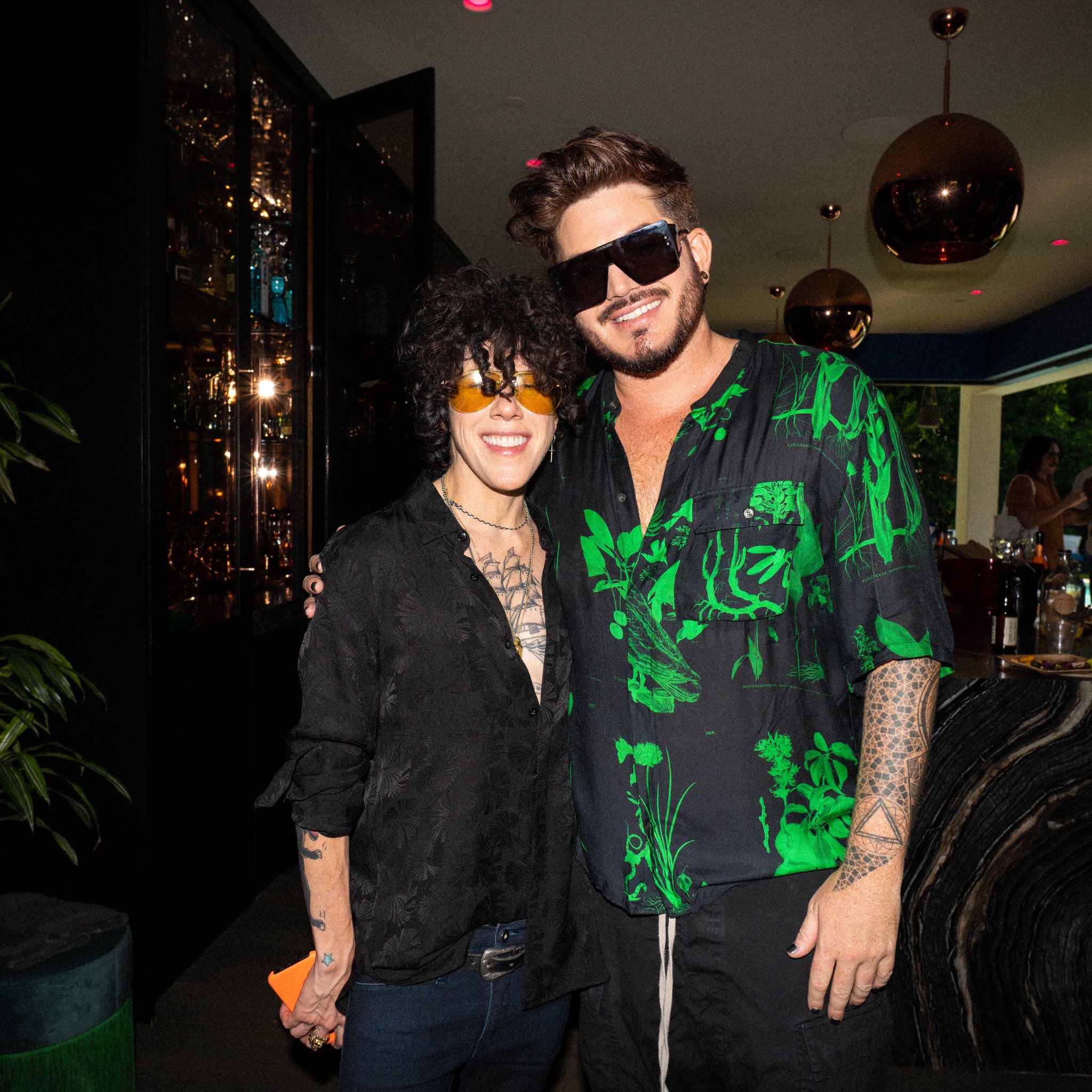