Today’s coverage from Home Festival in Venice is courtesy of our Italian correspondent, @moongris8: “It was an unusual experience, in a place near where I live. Feeling home, so strange! Open-air concert, in the context of one of the most promising Italian music festivals, the ‘Home Venice Festival’.” 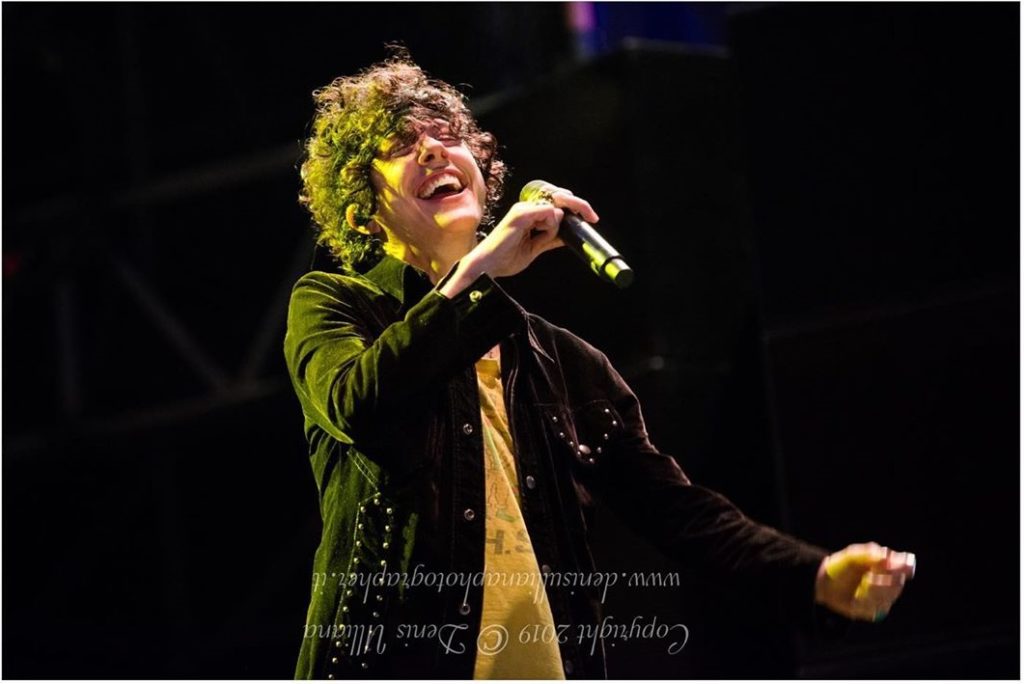 “We could have reached the venue after work by walking for not even half an hour, but Saturday is our day off so we left quietly from home and in less than an hour’s drive we arrived early in the afternoon. It was our aim to spend nice hours lying in the grass, protected by the shade of the trees, because the festival took place in a big urban park overlooking the Venice lagoon. Very promising, isn’t it?”

“In my opinion – at least in Old Europe, but also elsewhere – the venues where the concerts take place have their own personality, which is inevitably perceived by the spectators. The venue is never neutral, because it creates expectations and has its own genetic heritage that influences people’s mood. We are in the Veneto Region, near the waters of the Adriatic, and near Venice, one of the most romantic and evocative cities in the world.” 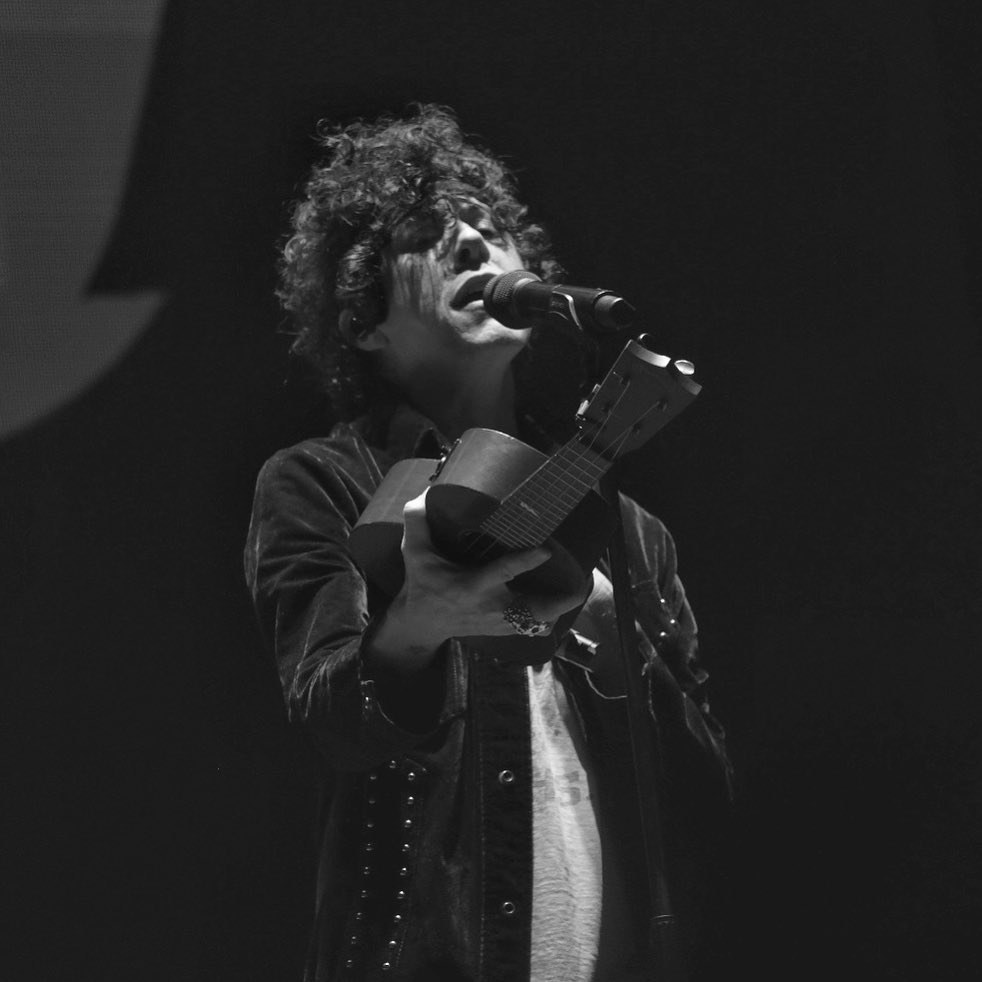 “Here art and history is combined with cultural vivacity and old traditions. The park can be easily reached, due to its proximity to the airport and public transport. As we arrived by car, we left the car in the parking lot, and reached the park by a free shuttle bus service. “San Giuliano Park” is much loved by the locals, and it is popular for walking or sports like running or cycling. We chose sleeping, for a while at least.” 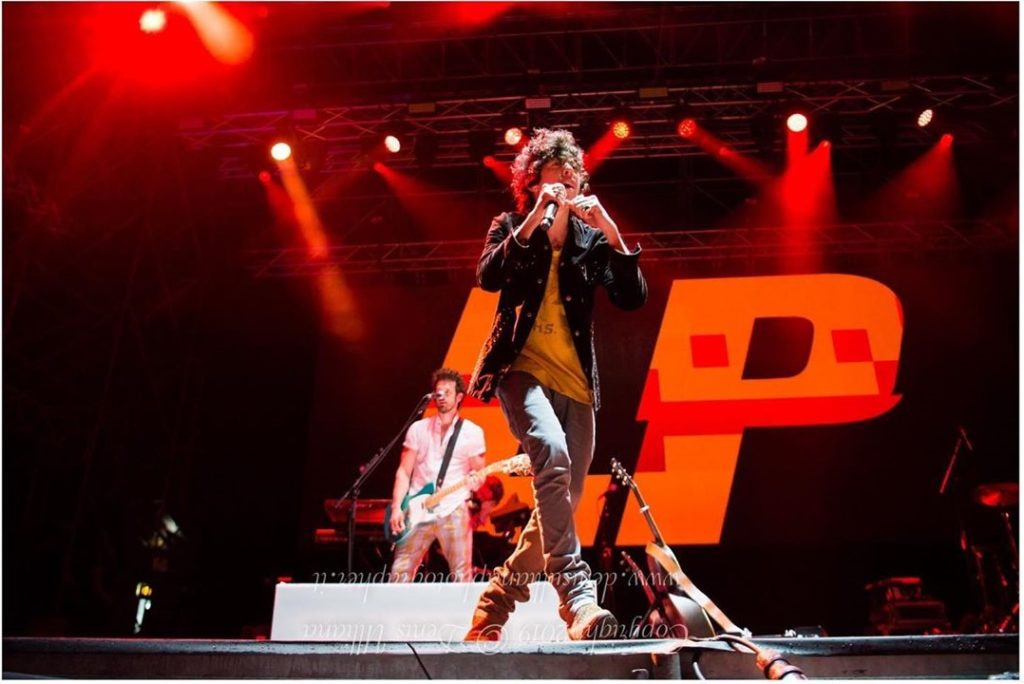 “However, our projects have completely changed due to a sudden storm, with wind, rain and hail. Luckily, the weather’s improved within a couple of hours. During the day many national and international artists alternated on the four stages. Not all those music genres match my comfort zone… it isn’t cool, I know, but that’s the way I feel about it.” 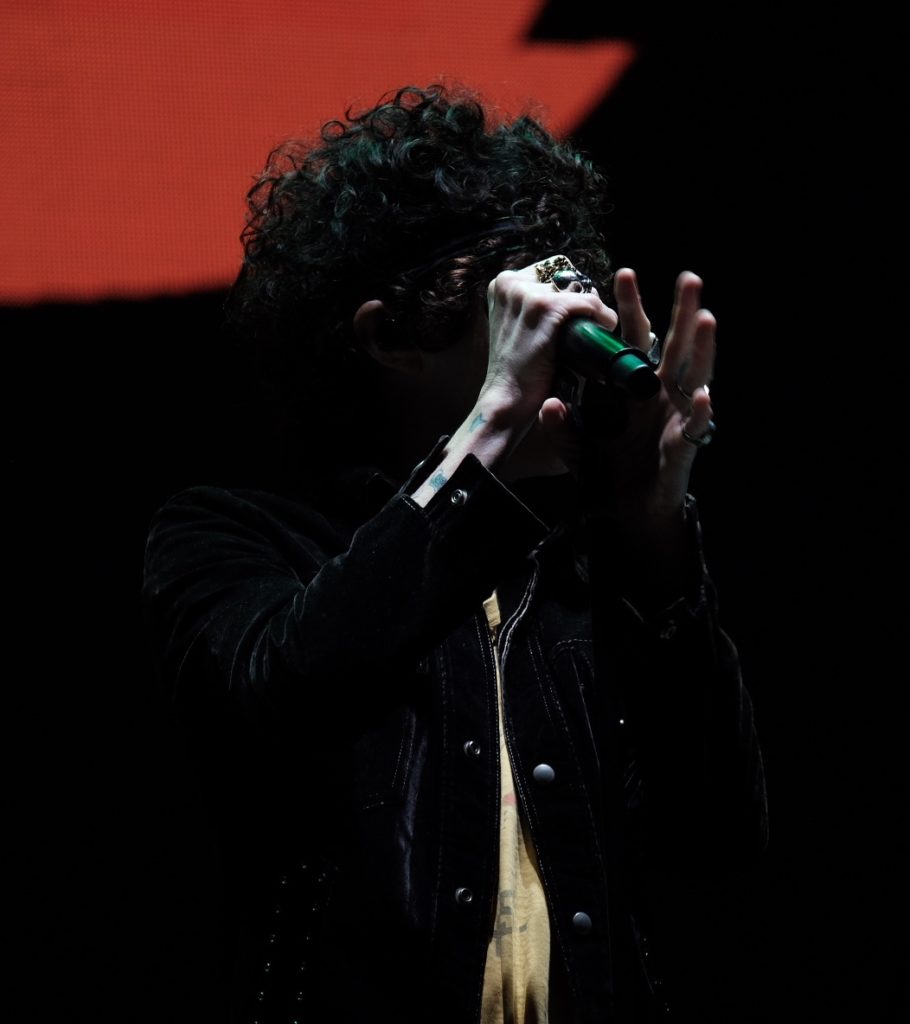 “Put me in an art gallery or a public library, and I’ll like everything, but with music I’m very selective and certainly not omnivorous (it is probably my limit)… some genres of music even bother me, and in those cases I prefer silence. Really. So I spent the day snooping around and waiting for LP. Like someone who was wandering in a forest full of strange presences, waiting for his spirit guide.” 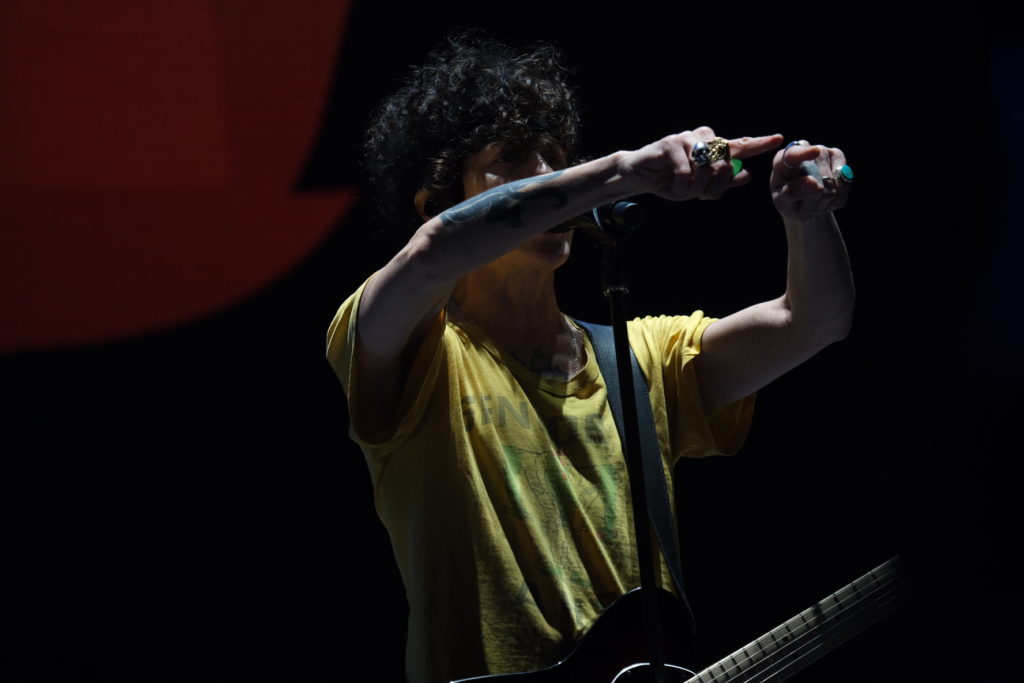 “Along with a food court area and a marketplace, the festival had a big main stage, and general organisation went off with few hitches. Since LP was scheduled to play at 21:15, the show started a little late due to the storm, and finally it was time to burn. All at once the show intro roared across the main stage, and she materialized before our eyes. A bolt from the blue.” 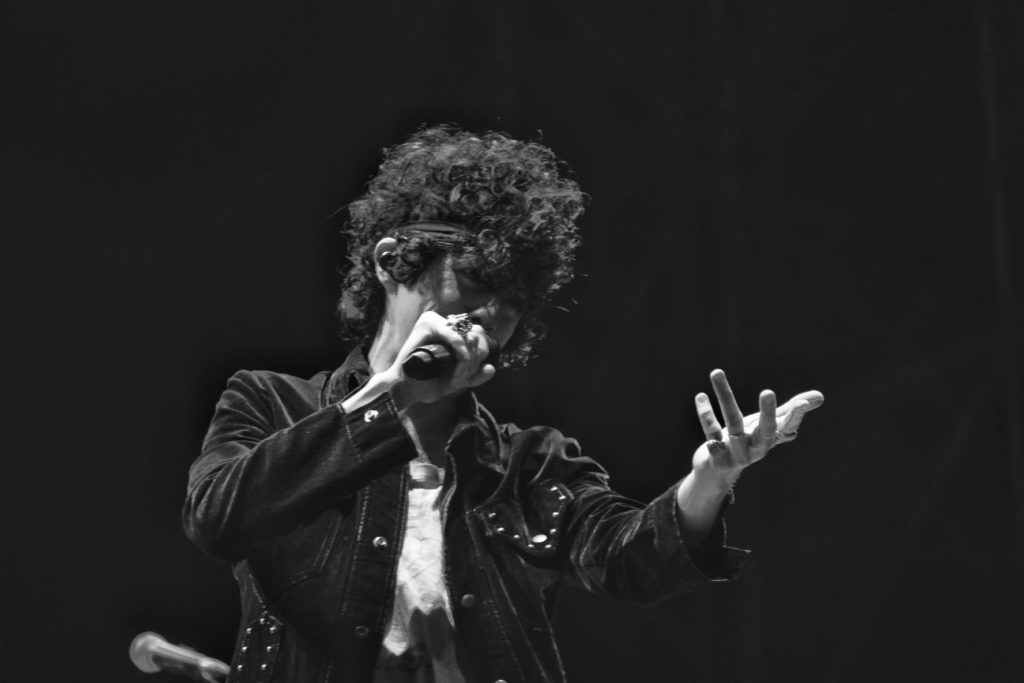 “I was a bit tired, but the first notes were enough to erase that feeling and turn me into a lioness in the savannah. I cannot keep silent about this, because that’s how it is: the beginning of an LP concert is like when you are about to start making love: you know it will be fun, but you don’t know exactly how it will go. There are so many nuances in an orgasm Lol.” 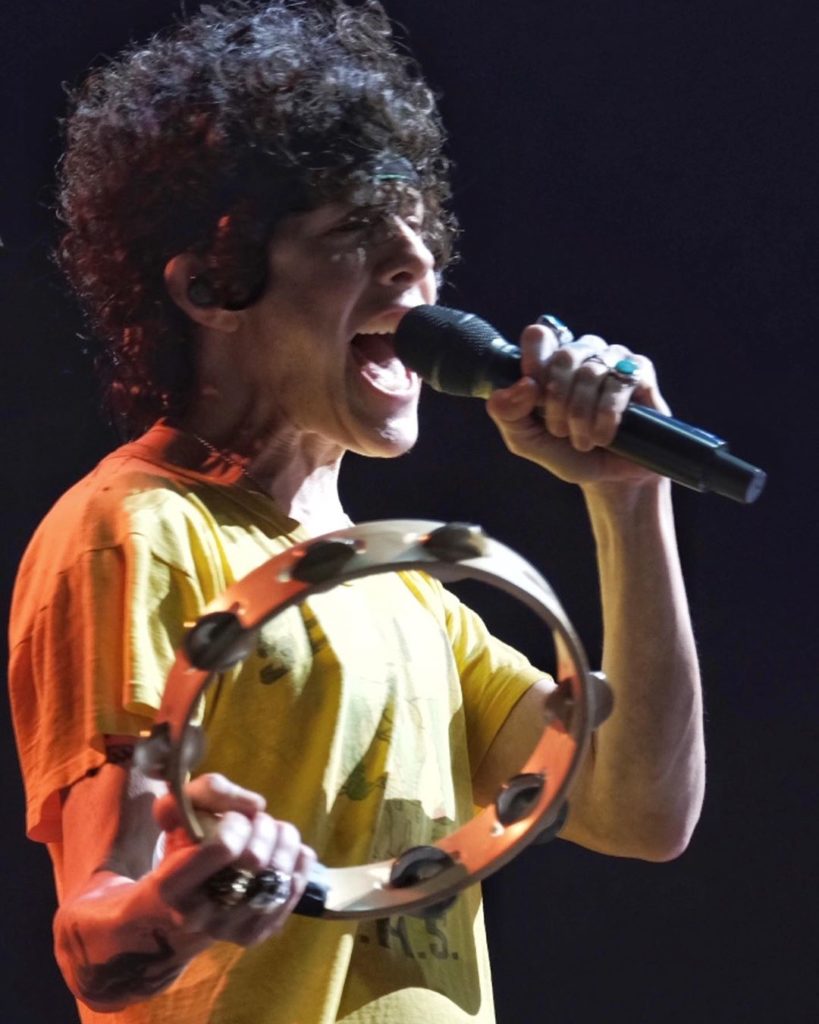 “So, what kind of concert will going to take place this time? LP kicked off the setlist as always with “Deamcatcher”. Her body language was brazen and confident, but also shy and respectful, at the same time. Something like “I’m here, it’s me, take me for who I am or go away”. Kindly. Imperatively. LP translated – again – her inner world into voice and dance, greeting you as if you were a long-time friend, but also smiled politely and happily.” 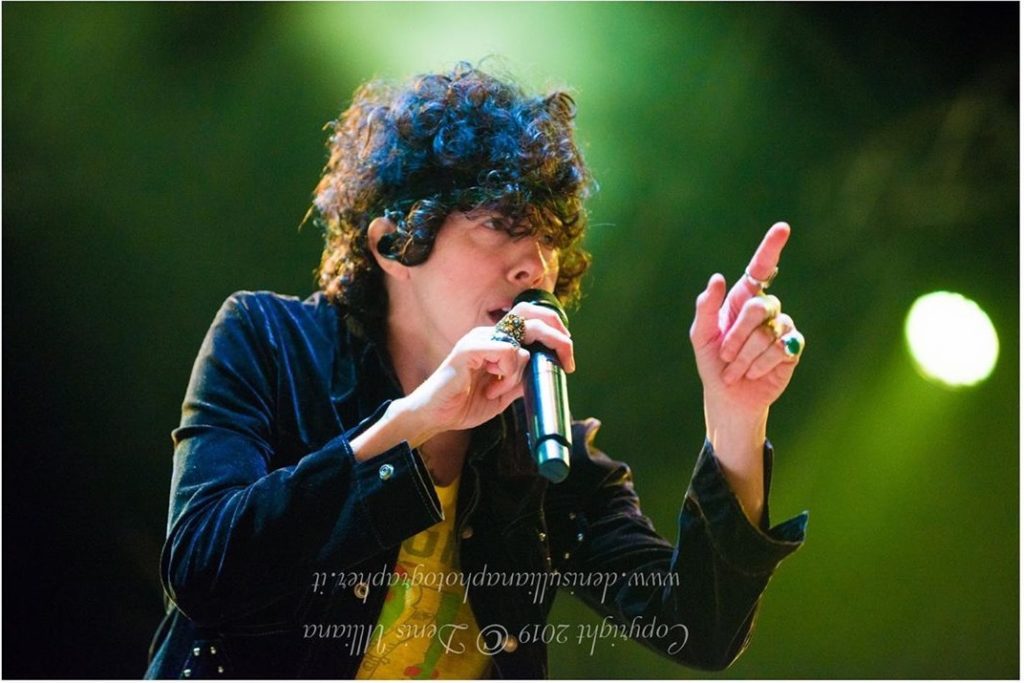 “She was kindly wild. Every time I listen to her first song at a concert, the biochemistry of my body goes crazy. In such a delicious and exciting way… Next up on the setlist was When we’re high, followed by Dreamer. She sang a perfect mix of old and new songs (without Levitator… LP ignored my kind request again, sob).” 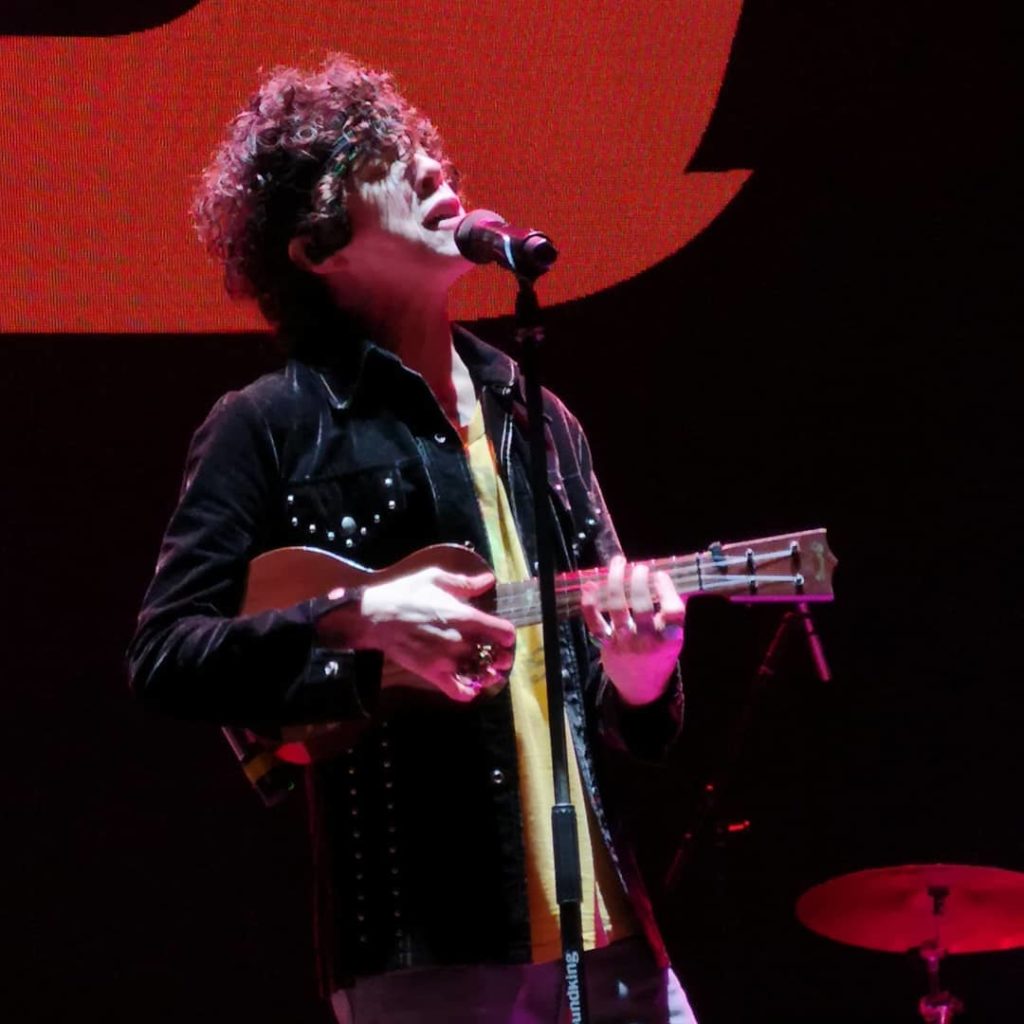 “There was a perfect crescendo, increasingly palpable, something that can only be felt by experiencing it. With your bones. And of course, the usual loud applauding and cheering from fans warmed LP during the whole show. A highlight of her performance came with “The Power”: an ancient Greek tragedy of the soul, an absolute drama, lightened however by a galloping rhythmic pattern.” 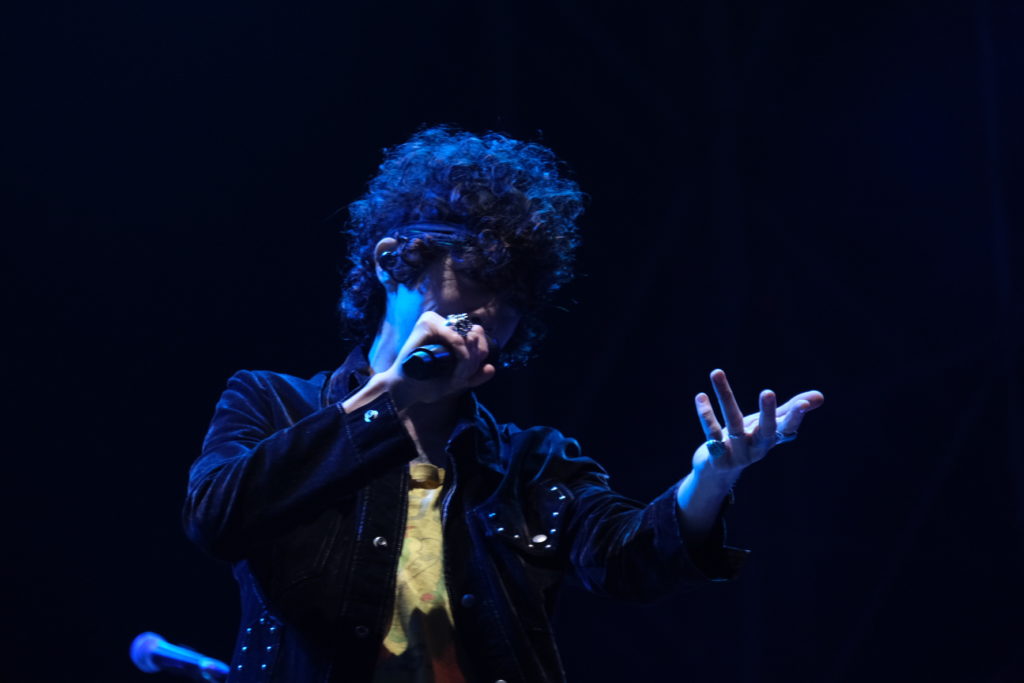 “It’s a storytelling about the unknown territory of the soul, the most profound and secret intimacy revealed to someone who isn’t able to preserve it as a treasure… is there anything more precious than you can give to someone? I love how she balances form and content, bringing the song’s dramatic lyrics towards more solar modes. Sometimes the interpretation borders on self-irony, never too much or outside the lines.” 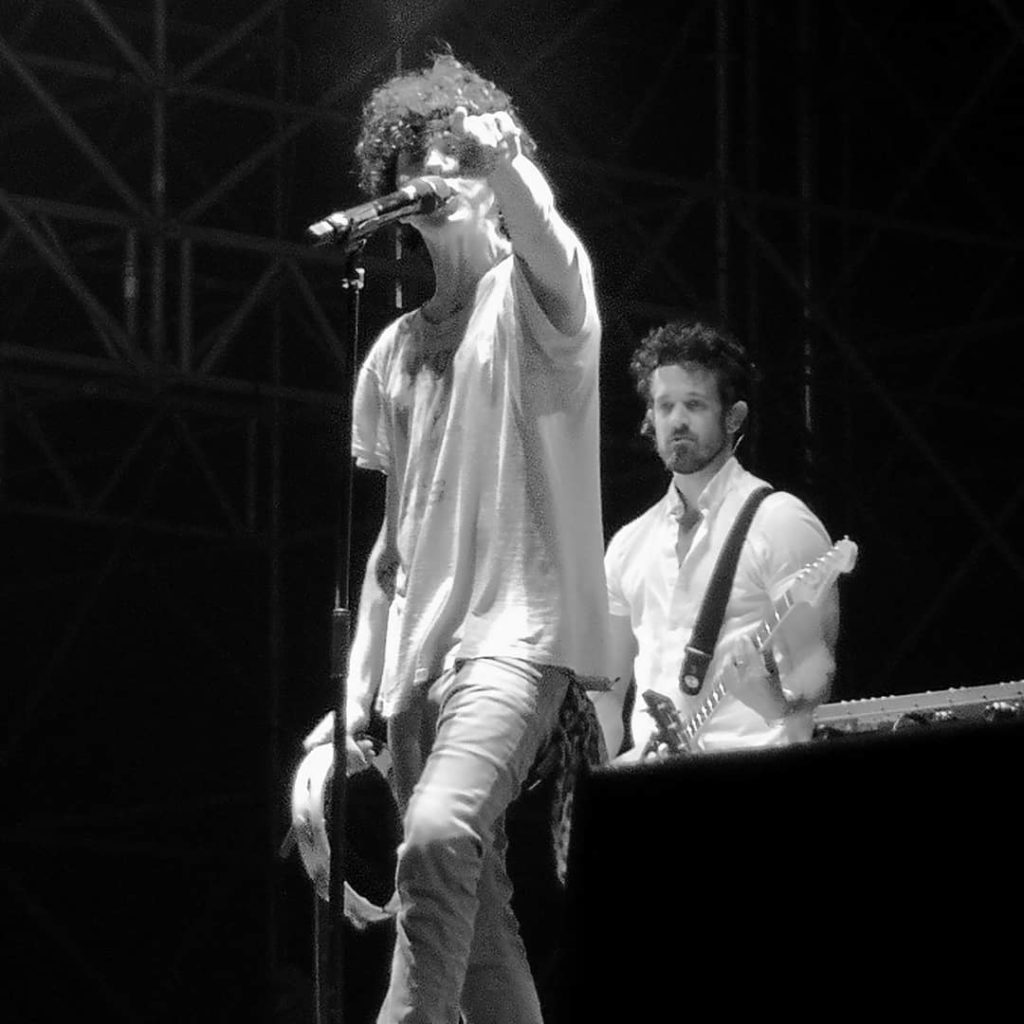 “Other notable highlights of the night were “Shaken” and “Girls Go wild” (that song radiates happiness and sunlight): although they aren’t my favorite songs, they did their job and were a relaxing and festive moment, like when you need to catch your breath after a long run. And how not to mention the bra that someone threw on stage during Shaken?” 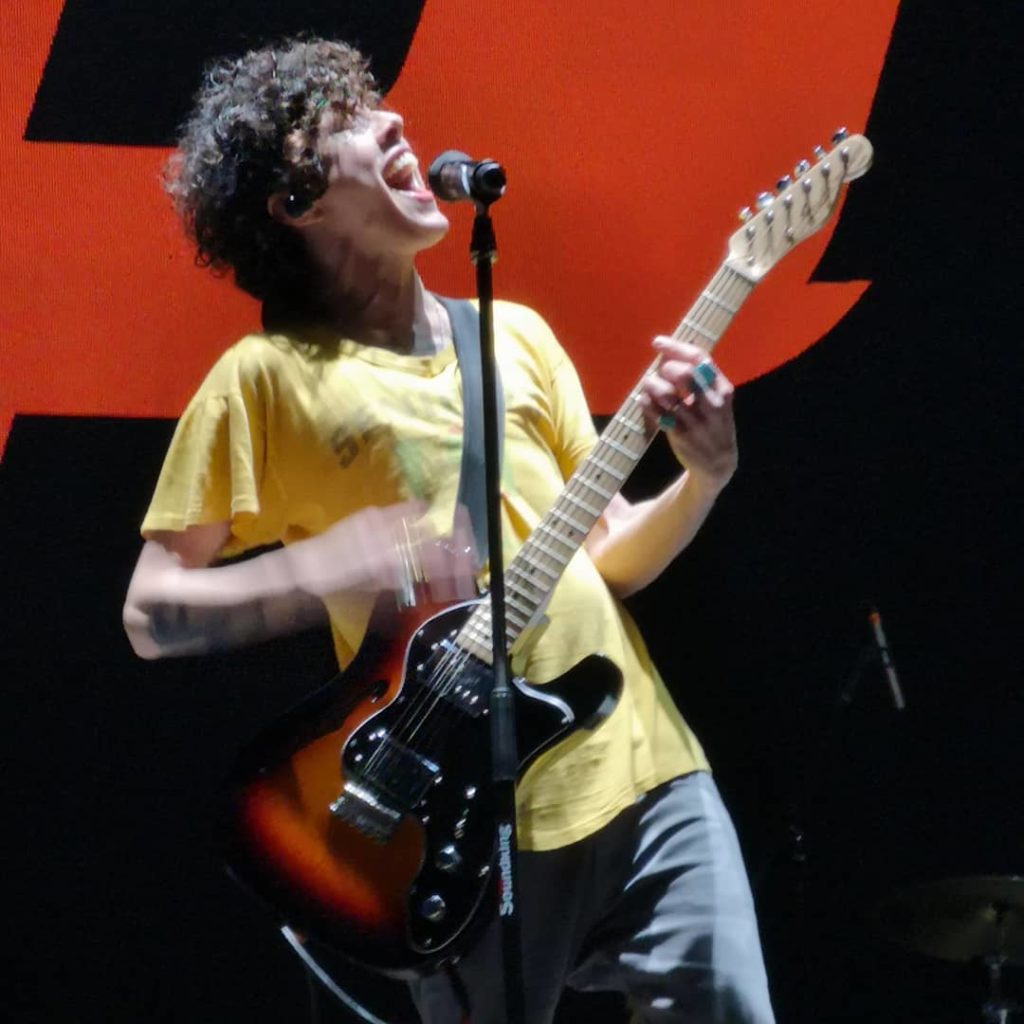 “Then, a mind-blowing “Muddy Waters” destroyed all my sensory coordinates (another proof that the previous songs still work great). That one was my first song at my first concert (April 2017), and since I’m the queen of the skepticism, I never thought I’d fall into the Stendhal syndrome… The fact is that during her concerts, I become insatiable, I don’t think of anything, I simply fully experience those magical moments.” 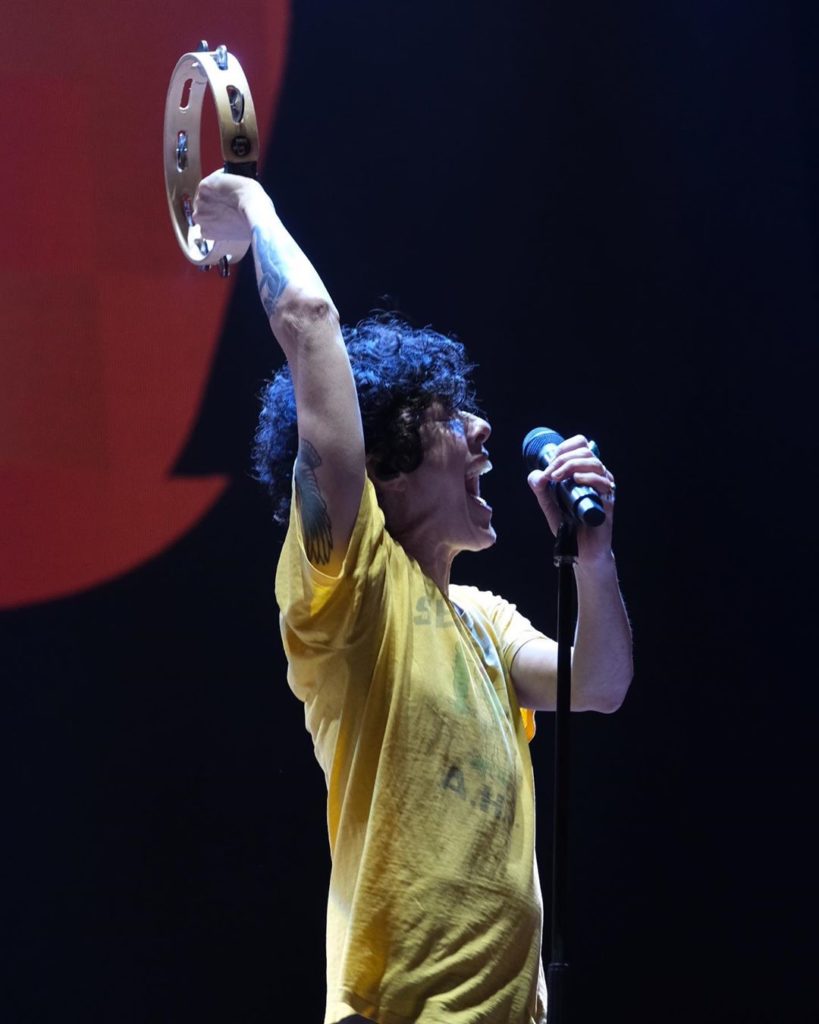 “But in the few seconds that pass between the songs I can’t help thinking “I don’t want this to end”; or “we are already halfway through the concert”; or – also – “I already desire another concert”. This prevents me from being totally happy, because excitement and nostalgia coexist inside me. I think it’s a stupidly human way of feeling. I practically miss LP exactly in the moments when she is present. How to hurt yourself without reason…”

“LP always shows no sign of fatigue up to the end. At some point, as always, she took a moment to introduce the band members, and thanked the fans. The most powerful moment came on the closing song, with all people yelling “Loooost on youuu”. The entire audience sang along to every word. Again. Crazy moments and total joyfulness.” 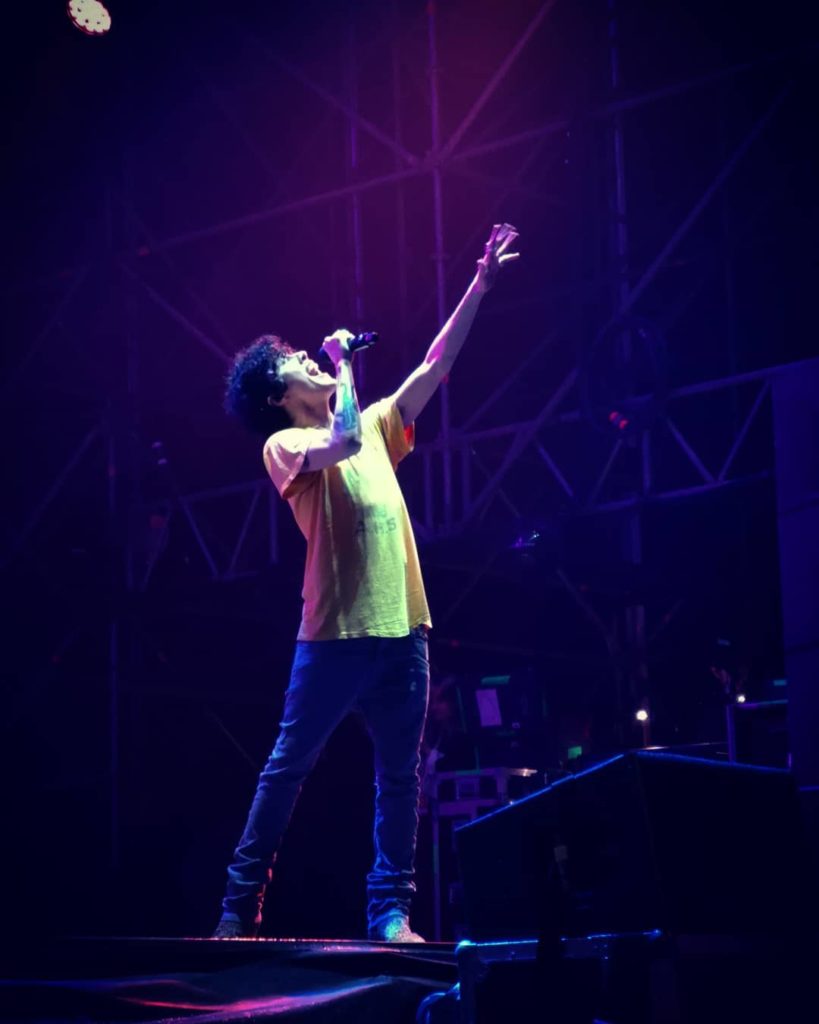 “LP is like the sun that warms lizards and cold blooded animals: she awakens your purest feelings, frees your self-awareness and is a living testimony of acceptance and freedom. There is only one other person in the world who can do the same thing for me, and was there with me. Well, that’s a stroke of luck. Also for this reason LP is like sex: it’s never enough. Never.” Thank you so much for as always beautiful coverage. 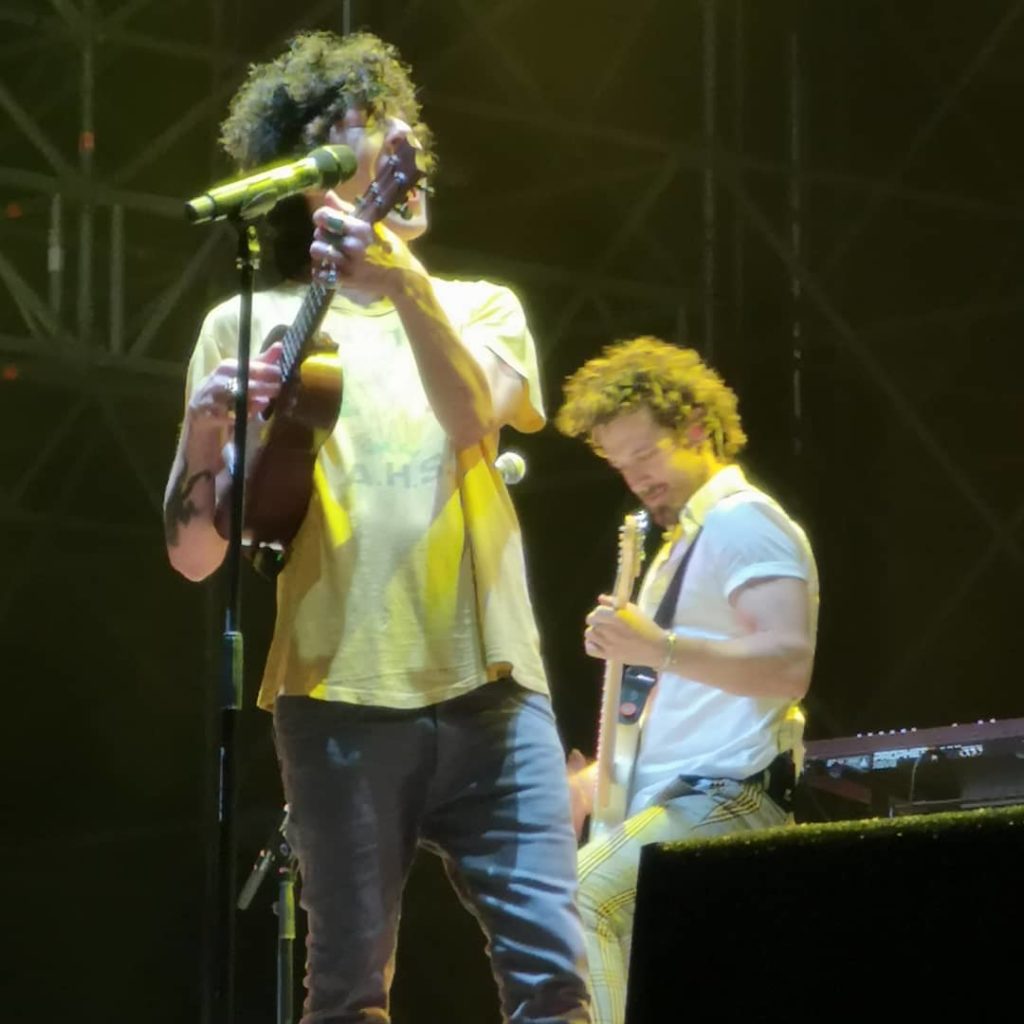 And one more quote from @viviana_0723: “Ten hours waiting, sunburnt, then heavy rain and freezing. But there is one thing I am sure of. I’d do it again, again and again, because what LP gives to me during a concert is something incomparable, something joyful, touching and unique. Thanks for this amazing concert. Thank for giving your fans such incredibile emotions. I love you so much, so so much. THANK YOU LP.” 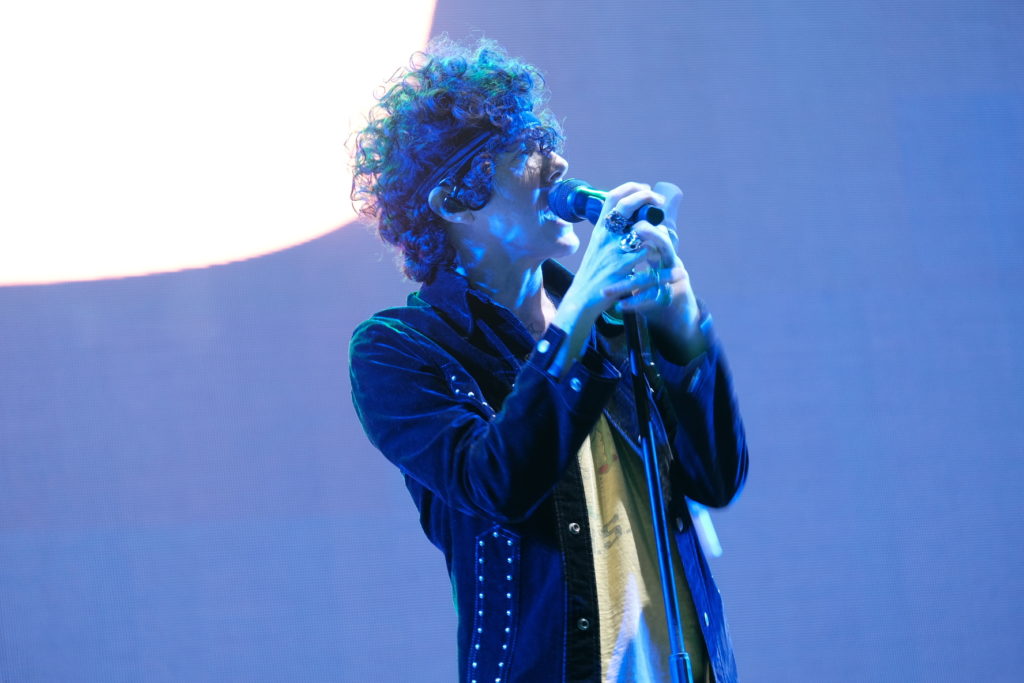 Tonight LP will play a special acoustic concert in Rimini. Wish I could be there, sadly I am not, but if you’re going – make sure to soak it all in… 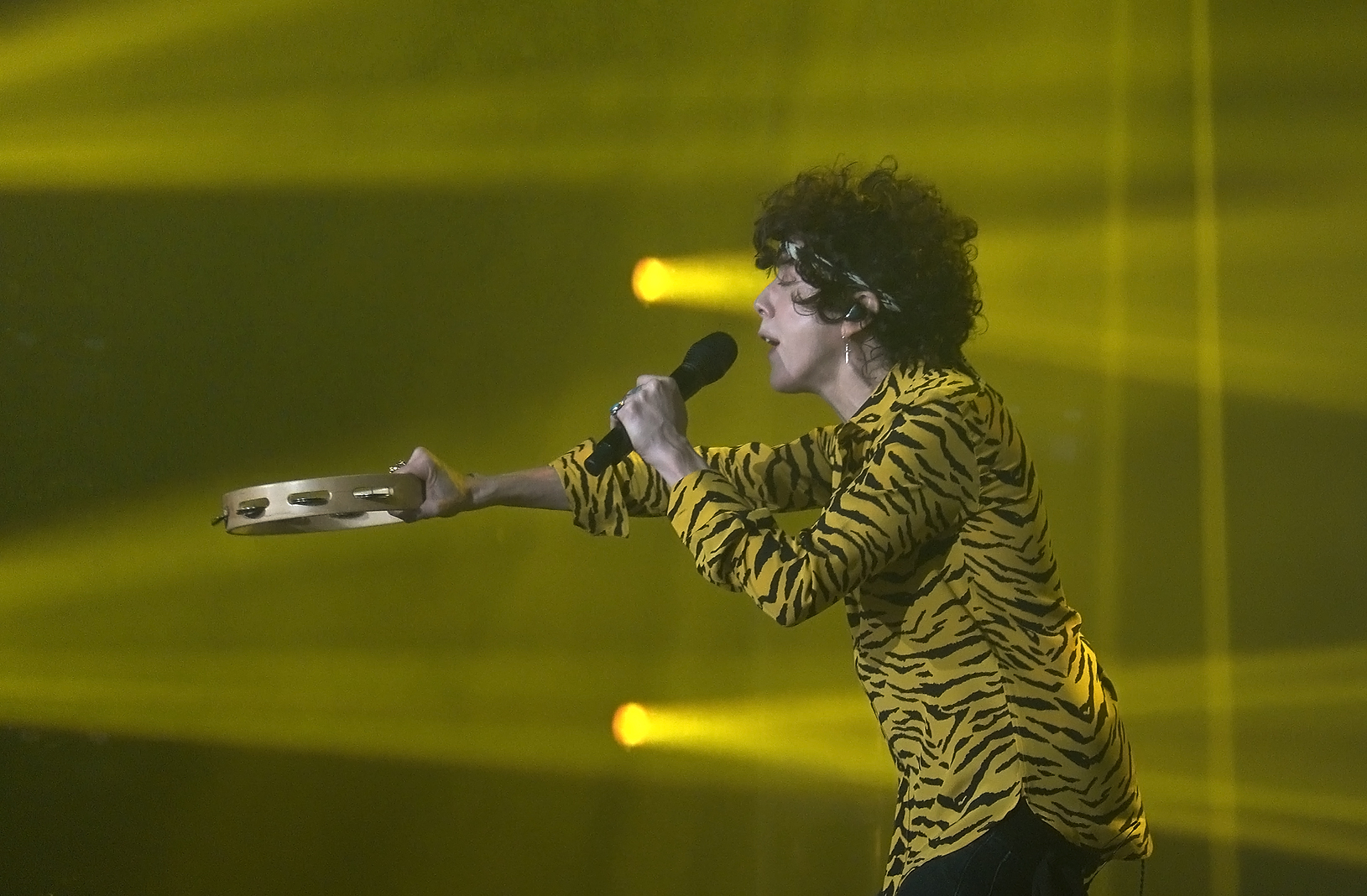 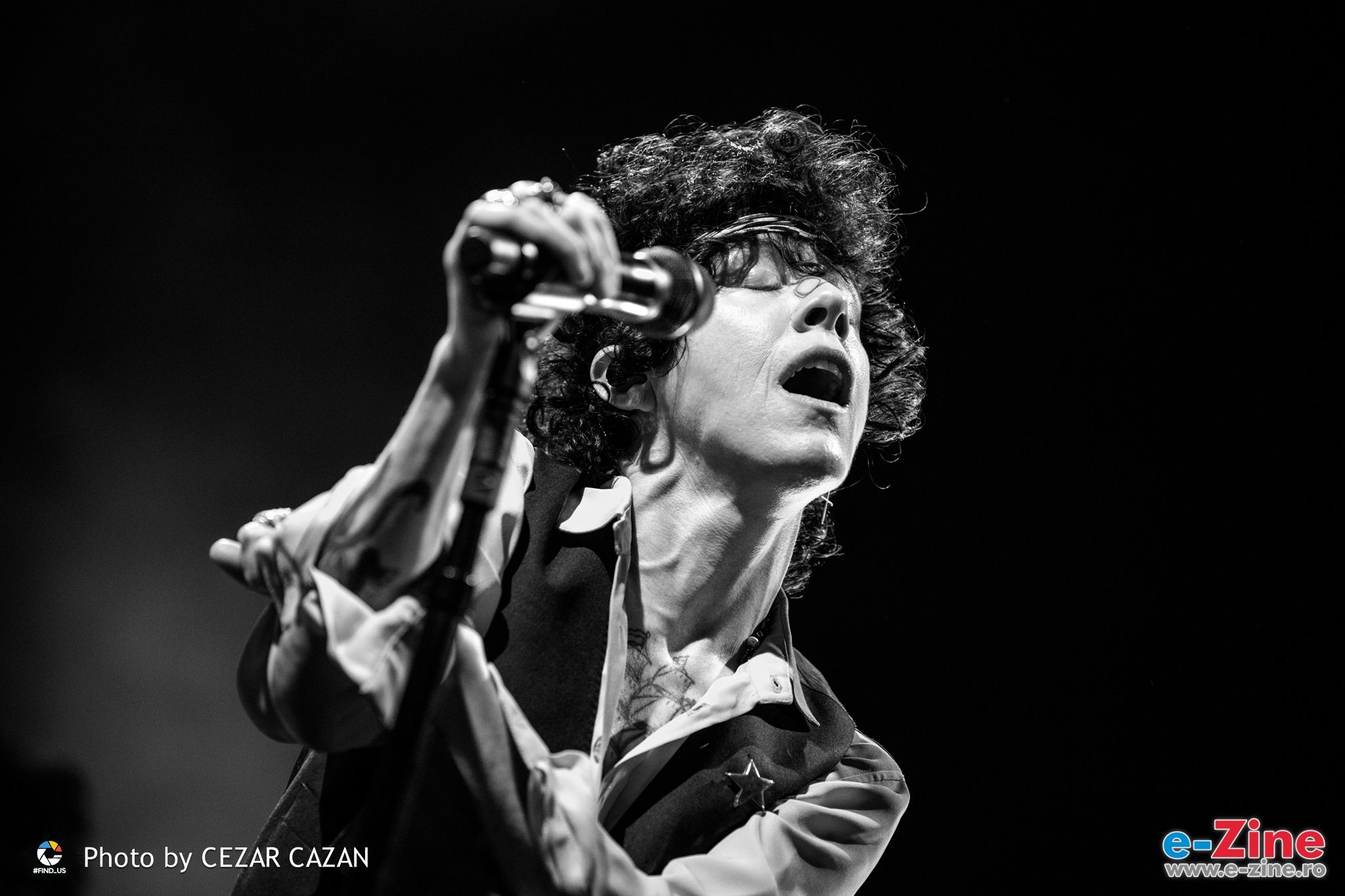 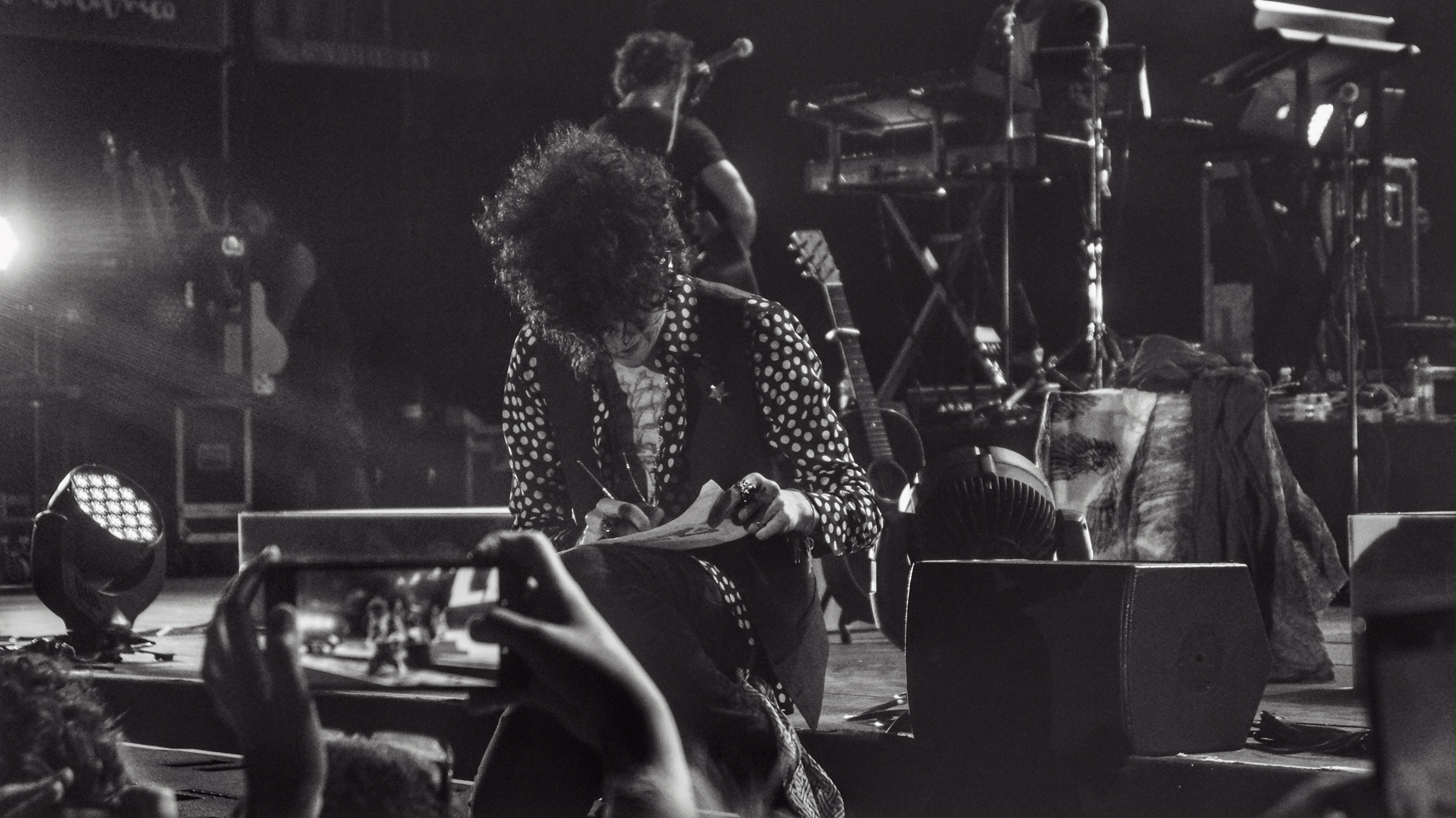