The Olympia Theatre, one of the oldest theatres in Ireland, first opened in 1879. The venue has witnessed live performances from the legends of the music world such as; Adele, David Bowie, Charlie Chaplin, Florence and the Machine, Foo Fighters, Radiohead… the list goes on and on. Finally, the time has come for our music legend LP to bless the venue with her concert. 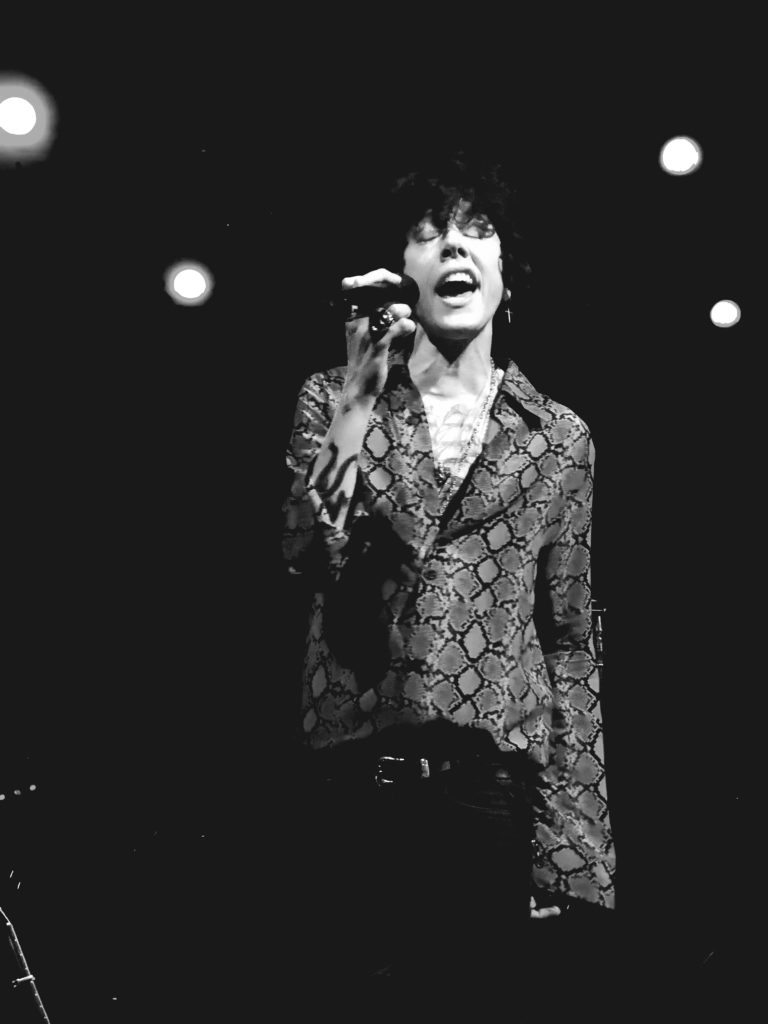 photo courtesy of @anastaciarazmyslovich – thank you

When asked to write a few words about the experience I witnessed yesterday, I had to make a bunch of post-it notes to gather all my thoughts. The show was so spectacular the entire day today when asked by family, friends, work colleagues about the concert, I was speechless (and I’m a person who always has something to say).

This was my second time seeing LP live, my first time was back in 2017 also in Dublin, but in the venue The Academy. Through a spontaneous decision to set-up the first LP fan club in Ireland, I ended up gaining backstage access and meeting LP, Lauren, and the entire band. You can imagine I was over the moon and couldn’t wait to see her again. The opportunity revealed itself during autumn 2018 when LP announced her European tour, I knew I had to meet her again. 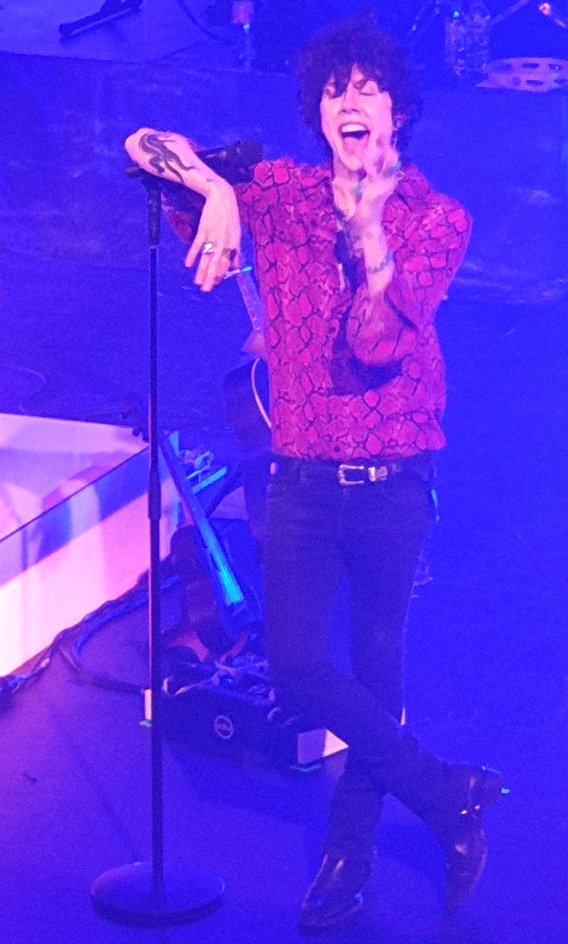 Back to yesterday, I legged it from work to not miss out on the VIP experience. LP has sold out a venue with the capacity of over 1600, and her VIP packages were the cherry on top of the overall experience. All the other VIP fans were already outside the backstage entrance and the atmosphere was buzzing. Tickets, gifts, and smiles ready, we rushed inside. As the representative of the Irish fan club, I was at the end of the meet and greet queue, to have enough time with LP in order to greet her accordingly. You never get tired of LP’s hugs. As naturally you would pull away after five seconds of a hug, in that moment she pulls you in even closer and gives you a hug like no other, and I received a warm thank you for the work I’m doing with the fan club. LP’s sincerity towards her fans is something not many artists can pull off. She really cares, and it shows. 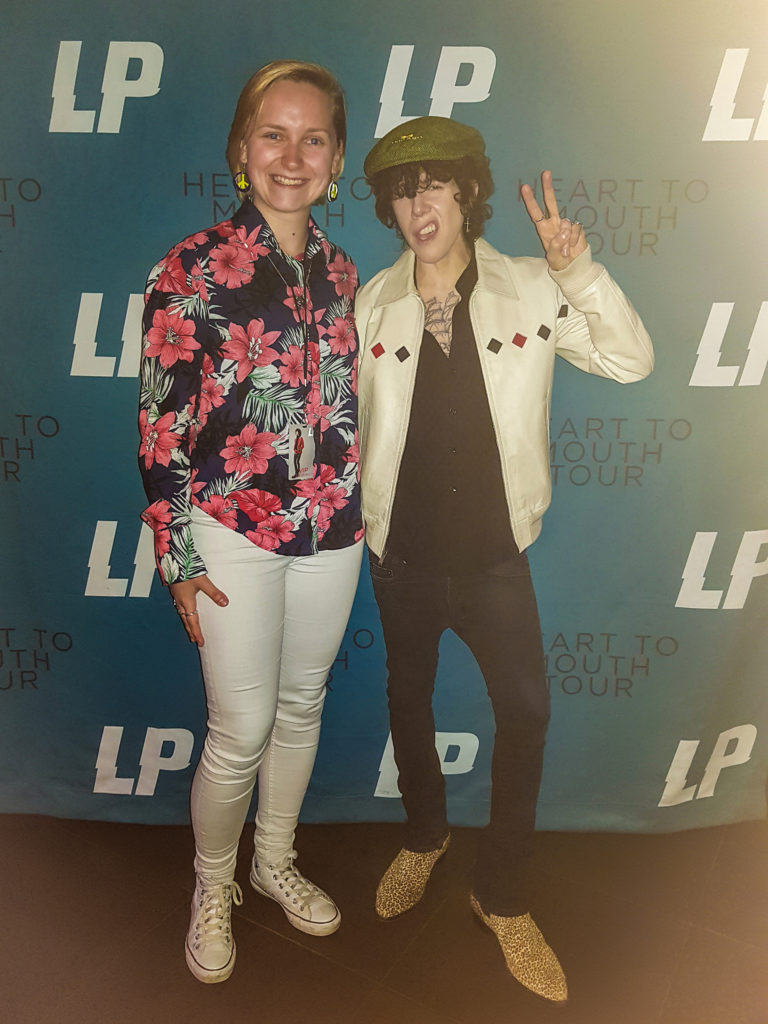 photo courtesy of @lpirelandofficial – thank you

After the meet and greet, I had to take a few minutes to pull myself together as we all know, the emotions LP stirs in us. My knees were weak. I came alone to the concert but was soon taken in by other fan club representatives and I met some fellow Irish fans. It is incredible how one artist’s music can bring all the fans together and form an LP Family. 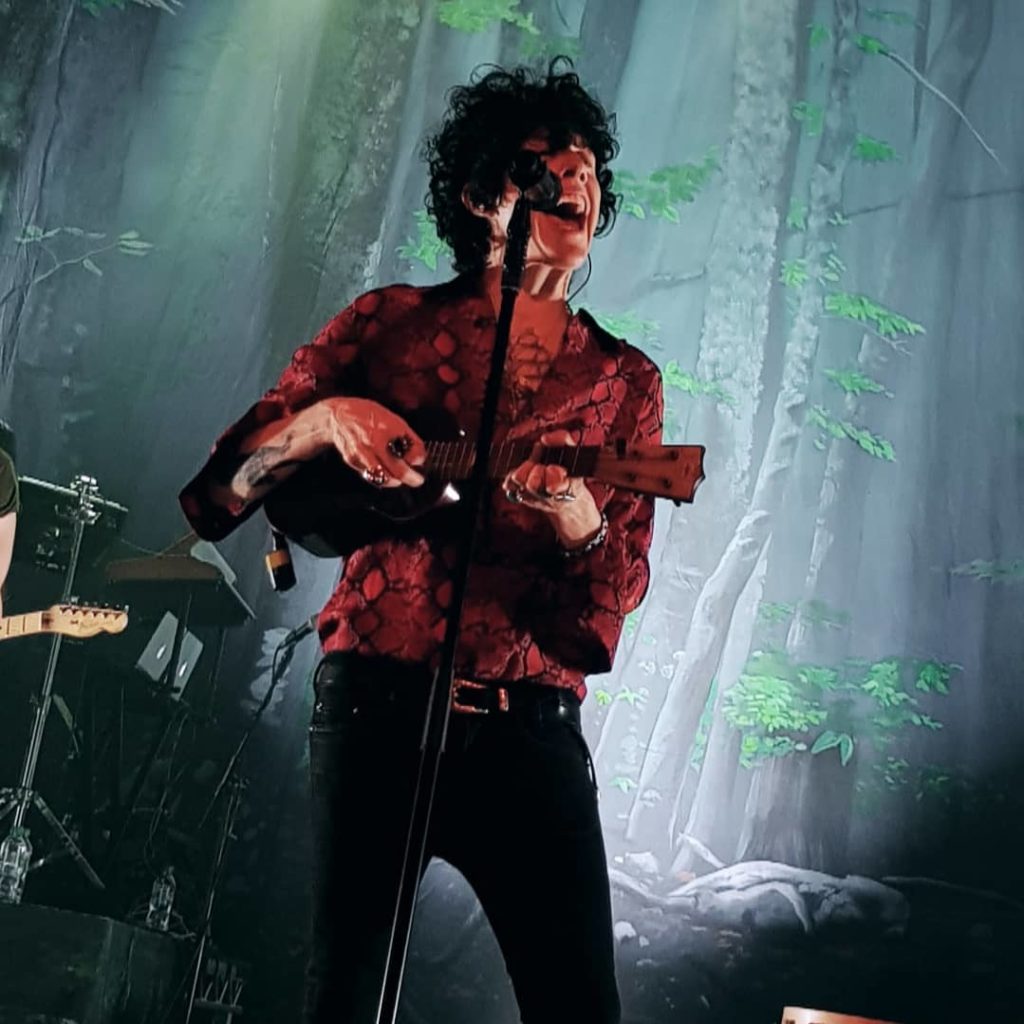 The anticipation was immense in the air as we awaited the Queen herself to get on the stage. The Powers took it upon themselves to warm up the crowd and trust me they have done a hell of a good job. I did not have any previous experience with their music but once they played their song ‘Heavy’, the entire crowd quickly learnt the lyrics and started singing and jumping. I had the song stuck on repeat during my entire workday today.

photo courtesy of @lpirelandofficial – thank you

After Powers came silence. You could literally feel the crowd’s breath shaking as we awaited the lights to go down to signal LP’s arrival on stage. The band rolled out onto the stage and following behind, was the one and only bundle of joy, LP (with a new red shirt as pointed out to me by some dedicated fans). Easing the crowd into the experience, LP begun with ‘Dreamcatcher’. The quiet heavenly voice, broken up by emotional high notes, succeeded in giving us all goose bumps. A roar of screams emerged once LP said, ‘Hello Dublin!’. One of my favourites was lined up next, as the Uke came into action and ‘When We’re High’ began swaying the crowd from left to right. I am pretty sure it was already at this song that I lost my voice. LP’s swaying dancing to this song, kills me every time. One can safely say, it’s impossible not to get high from that song. Dreamer and When I’m Over You followed, but it was the No Witness and Sex On Fire mashup that was a pleasant surprise to fans who haven’t heard this edition before. By now, the crowd was wild. You can see LP is always aware of the crowd’s atmosphere as she exchanges smiles and laughs throughout the show. Once it was time for the beautiful Tightrope, red ribbons flew in the air and one ribbon was given to LP which she kept playing with throughout the performance of the song. Lauren Ruth Ward was taking pictures below the stage and during the show seeing LP singing directly to Lauren was truly heart-warming. LP knows how to get the crowd wild dancing and jumping up and down, but this was my first time I saw the entire crowd gone silent throughout the entire song, as LP performed Recovery. Standing in one place, eyes wide shut, just her and the microphone, everyone in the audience could feel the emotions that inspired her to write the song. It was an out of body experience. During a break, LP spoke to the crowd about her Irish roots. She explained how she is a quarter Irish and many people who have drunk with her can confirm this, claimed LP. As you can imagine, Irish fans finding out that LP has Irish roots, won the night. She’s ours, we all thought. It would take too many paragraphs to describe all the songs that were on the set list, but the finale has to be mentioned. Of course, Muddy Waters and Lost On You were expected but we were surprised with the favourite song that is famous for the harmonica, Strange. She can sing, she can play guitar, uke, but she is also amazing at harmonica. Come on, what can she not do? The highlight of my experience occurred during the last song of the concert, Lost On You. I succeeded in catching eye-contact with LP and blew her a kiss, only to be surprised with her blowing a kiss back to me (which was thankfully all captured on video). Yes, I am pretty sure I died at that moment.

I did not want to write this summary of the concert in a complete fangirl way, but I have failed. How can one write in an objective manner, when LP ignites so many emotions in one person, that one cannot sleep after the concert? This was my second time seeing her, and yet again she proved that she is my number one idol, and that making a fan club dedicated to her and her music, was the best decision. Now, I will get back to editing pictures and videos from the night (which I have not stopped rewatching) and share it with you soon. Keep an eye on our Instagram @lpirelandofficial as the videos will be posted there, and see you soon, maybe this time in the 3Arena, a venue with a capacity of 13,000. Our wonderful star is continuing to grow and soon she will sell out a venue that size effortlessly. Cheers to the next time we raise our glasses together. 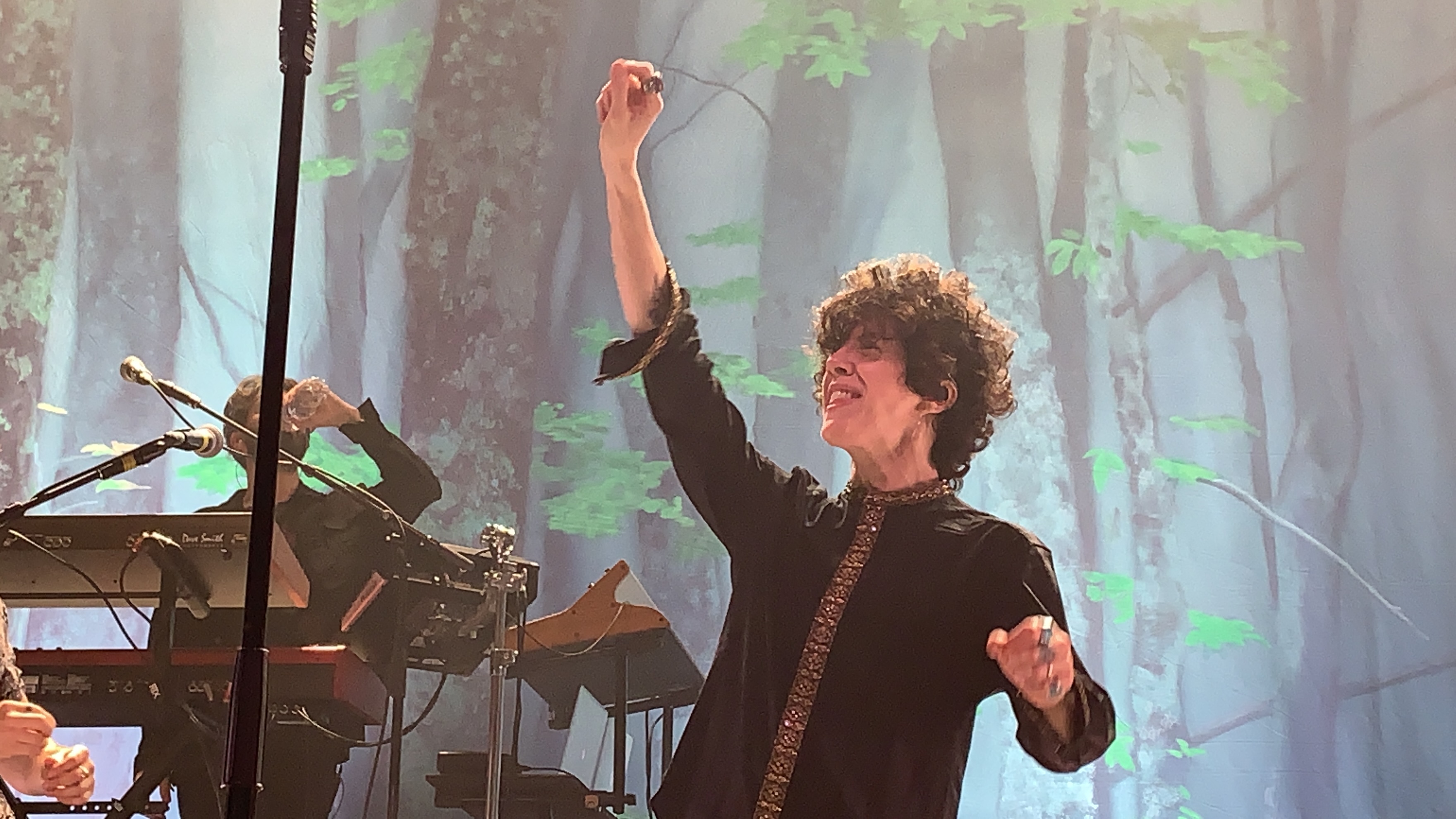