From Lithuania LP travelled to Kiev in Ukraine, where on the next day (12th December) she has given a sold out concert at The Palace of Sports that can hold up to 10.000 people. Before her concert LP has met with her Ukrainian Fanclub, @lpfanua, who have showered LP with gifts. I mean, LP is almost always showered with gifts, fans do love her, but they, I think, outdid everyone ? Amongst many things, there was even a star in space adopted in the name of LP!!! Now that is a really cool idea, how will we ever top that?!

The concert was opened by Bloom Twins, Ukrainian-born English pop music group made up of twin sisters Anna and Sonia Kuprienko. They also joined LP on stage for her opening song ‘Strange’. LP met with them for the first time back in June, during her first visit to Kiev and they became friends. During concert Bloom Twins said that once seeing LP, you can not help but to fall in love with her. How true is that!! LP’s fanclub also prepared for her several surprises in the form of flash mobs – sea of paper butterflies floating in hands, simultaneously lit torches, and balloons coming down from up above.

One of the fans even managed to put on LP Santa’s red hat and the other one gave her a doll (when she came down to her fans during ‘Someday’). As for the quotes, I will start with my favourite one by Olga (@oliunia_v): “Throw out the audio CDs, switch off the radio stations, until you hear her live! This is the voice of an Angel! I do not remember when I was so inspired by someone’s voice… or whistle ? this is ecstasy ???”. Ілона (@lady_ilonka): @iamlpofficial – you are space ???”. @innusik_drach: “So amazing and special))) we were high…)”.

Anna (@annmazepa): “Insta-stories will not survive, but these stunning videos from the concert of the brilliant and talented Laura Pergolizzi will persist. The second concert in Kiev and again sold-out. We did not let her go and she sang an encore, and we danced in the ranks, smiled and moved on the same wave # this is the luck of the day. Excellent, talented people who are sent to us from above. Forcing involuntary to fall silent and just enjoy their talent. How many do not listen to her, I have goosebumps”.

“What is it for an introvert to go to such a concert where everyone is actually sitting on each other, where there is no free space and where the bass is tuned so that they it takes all of the insides out of you. But it was an amazing spectacle and it definitely was worth to go back and forth for 10 hours. The husband is indifferent to LP and it was his gift to me, so I was very worried if his evening would be as good as mine. But he was smiling and nodding, which means definitely everything is not in vain ? Thanks, my dear”.

Vikshev (@viktoriya_sheva): “Probably for the sake of such moments it is worth living It is worth living to enjoy the talent, to enjoy the opportunity to see and hear it. Such incredible emotions when you hear your favorite music on headphones, you see the artist on TV and in one moment it’s all in front of you. Having bought tickets from dealers for crazy money and standing in the ass of the hall, you can not believe your happiness… an incredible person who writes songs to many world artists, shares with you the air in one huge room, n incredible LP… Thanks for a wonderfully spent evening…”.

@ira_koteleva: “Yesterday’s evening I will remember for a long time. Yesterday one of my great desires was fulfilled. Yesterday I was at an incredibly beautiful and great concert of one creative person, singer @iamlpofficial ? It was something unreal, only after the concert, only in the morning, I understood what happened to me. She is unreal, she’s so different, she’s so simple and talented, her voice is a gift from God, because it’s not everyone who can sing with such a warm energy. She’s the second Mike Jackson, let me apologize all his fans, but that’s it.”.

“But she is even better, incredible, beautiful, talented and at the same time such a fragile person. She is a legend, and yesterday we all created a story together. Yesterday, some girls asked me, “Was it worth it, go to the VIP zone?”, I will say that this way, it was worth it, to experience all the moments from the entrance to the concert, it is unrealistic how much in memory is postponed. Now I’m definitely ready for the Mars series (probably). I am overwhelmed with the emotions of the euphoria that desire is being realized ? So that #creative #people and #otherpeople embody your dreams and act, because much depends on the action, even your dreams ?”.

Анастасия (@_a.dnk_): “#LP ??? I do not have enough words to describe my emotions. It was incredible. Тhanks for the concert @iamlpofficial ♥️”.@valuyskayatina: “Those who have heard LP at least once were fascinated by the beauty of her voice, her whistling (which she demonstrates in many songs), her lyrics full of deep meaning and personal experiences, her energy. Not to mention the bewitching game on ukulele! She has an unearthly talent. I’m still delighted with yesterday’s concert ???”.

Yana (@letmardi): “No gift is better than giving an emotion, and if you give an emotion – you give a holiday. This is exactly the feeling when you are waiting for something for a very long time, and this passes in a moment. Listened to the  two studio albums, then watched her completely live and you just explode when you hear and see her live. This whistle, humble and half-whispered “thank u, Kiev”, this openness of emotions and very charismatic laughter. This is when for 3 hours your reality is transferred to some sziget or lollapalooza. This is when you do not want to photograph anything, but you realize that you will be reviewing this again and again. This million balls on muddy waters and my wet cheeks on lyrical compositions. This is when I slept for 3 hours in the past two days, but I didn’t feel tired and screamed all the time. LP, it was incredible ❤”.

@sovershenstvo__bezgranichno: “It was something, it’s just a cosmos! Half of year of waiting… and the dream came true. To describe in words the feelings and emotions that you feel at the first notes of ” queen of whistle” – Laura – indescribable! My soul was pulled out of my body, twisted, rebooted, inspired and launched back with the power of her voice and energy, which fits into your blood with every note of her music like a volcanic eruption #krakatau. I love and I will love this music? Thank you my good friend, for such an invaluable gift. This is the best thing that happened to me this year?”.

Victoria (@victoriabelska): “Thank you @iamlpofficial for taking us so high, your incredible voice filled our hearts with so much warmth and happiness, hope we will repeat it very soon, thank you ? ❤️??”. She added: “The moment when Laura gave her audience the opportunity to sing the chorus of the song # lostonyou?, was one of the brightest, as the whole Palace of Sport sang and there was not a single person who did not know the lyrics”. Mari (@mariberdy): “lp: a short guide to fell in love ?”.

Alex (@alexrud05): How, for such a small girl, there can be so much voice and charisma! ??? #LP magic, I was very happy to get to her concert, had the time to redeem the last ticket, and not to be late and enjoy her voice and whistle;) So I want more of her songs, this concert is not for the eyes (especially when she sits on stage), this is for the ears and the soul. Delicious! I’m definitely lucky for the concerts on December 12th;) A year ago Woody [Allen], in this Laura. I definitely love strange, unusual and talented people”.

A.Z. (@zolotareva_anna): “my amazing evening with best singer ever. #LP. Feel so good I could die but I don’t care ??❤??”. Anna (@yaroshenko.anna): “LP !!!! Unbelievable! Unreal! One and a half of hour of pure singing! Songs that can not be sung, reproduced and sung, but you struggle with all your will, because the energy and the message from the stage takes possession of you! Thanks you universe!!!”. PS. Kiev, that was quite a show!

For great photo-gallery of last night’s concert click here (this one is huge),  also here, here & here. Found another one, even bigger, click here! There also will be an interview for NRJ Ukraine Radio, however not sure yet, when & where. I will update you once I will know something. Finally, two additional dates have been added to LP’s concert, right after her tour of Russia, she will travel to March 31, 2018 Congresium Ankara (31st March) & on 1st April to İstanbul – 25th anniversary of Istanbul Jazz Festival. So she & the blog will be CRAZY busy! Also, today a year has passed since LP’s music & person has enriched my life. Here’s to many!! more…. 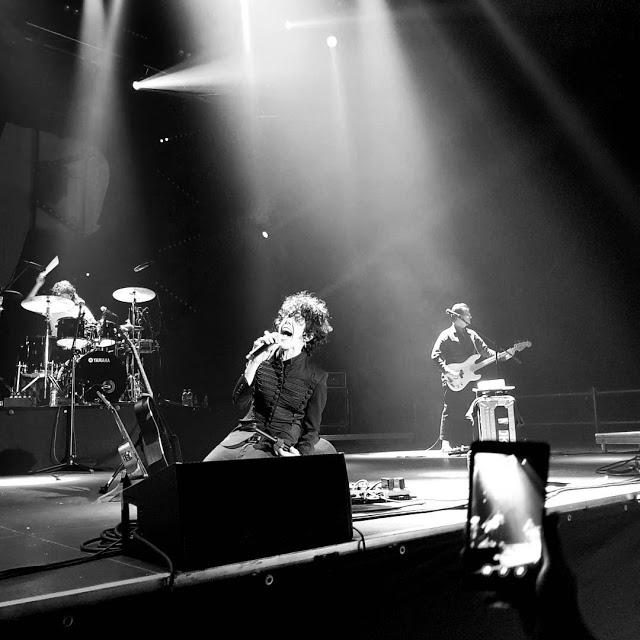 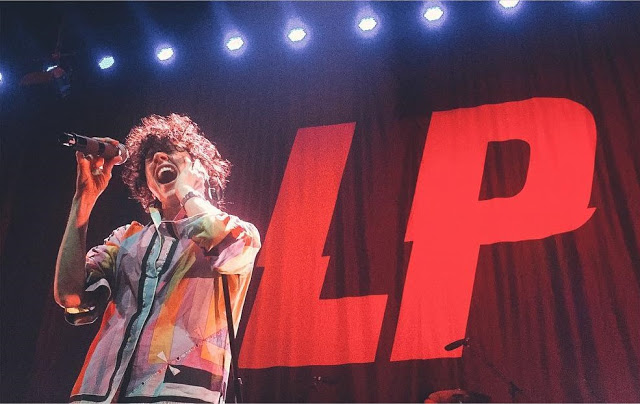 I've been waiting for this session ever since I fo

After nearly a year without performing to a live c

Oh dear lord, that’s not the end of surprises fr

With kind thank you to @lpeople_italia for letting

What a wonderful treat courtesy of @iamlpofficial

Due to so many posts, reposts and re-shares with n

In celebration of National Coming Out Day, the fir

Alex Feder aka @stillagreatnight - one of the best