How to describe something that’s really undescribable. I’ve watched the live stream from Omeara in London but this time I couldn’t feel the magic. But I have a very simple explanation, the magic was there but you’d had to be there, in London, in front of that stage. I still remember how I felt after witnessing LP live at the tiny Under The Bridge in London in 2017 and Omeara is even smaller.

I’ve joked recently: how is it that artists prefer big stages, arenas, while we as fans would rather only see them at the smallest possible venues. It’s not because we do not want to share the rare gem that we found, it’s more about that palpable chemistry, tension and flow of energy when we witness an artist that we love that’s on the stretch of our hand. Where we can simply reach out and she’s there. And that’s what I miss the most… apart from LP’s voice and personality.

Thankfully Bekki, a wonderful wordsmith was there, and she described her emotions while witnessing LP live. We’ve met in 2017, before the Under The Bridge concert. And we’ve became friends, and we’ve stayed in touch, and we’ve been to many gigs together, and I’m just truly thankful for all her help. I’ve met many LP fans that became my friends over the years, and it was nice seeing them in London. I’m really happy that you were there!

Omeara is a small venue, and possibly the smallest I’ve seen LP play. It sits opposite a grade II listed church, but the spiritual experience that night was taking place in the former railway tunnel turned venue overseen by Mumford & Sons pianist and record producer Ben Lovett. The intimate space holds approximately 350 people – so with that in mind, it was an early start to the venue for the ritual of queuing all day to ensure a space at the front.

It paid off, after a long day spent with familiar faces we hadn’t seen since the 2019 uk tour, and some we’d seen more recently in Stuttgart, we eventually found our way to the front of the stage, and I think we were all thrilled at the intimate set up! This show was to be live streamed world wide, and the anticipation was palpable. This crowd were hungry after so long spent away from LP, and even live music. As always, LP delivered.

The set was the same as in Stuttgart recently, only with the crowd getting to choose between Recovery or Switchblade (Recovery won… this time!). It is one thing to witness LP live. It’s entirely another when you’re standing so close to them. It’s hard to describe the feeling, the energy you can feel at such a close range to the source of vocal and lyrical power, high octane performance and a connection with the crowd rarely witnessed. We are here for them, and they are here for us.

I doubt I’ll ever see or feel another gig like this one. I follow LP because of an inexplicably powerful musical connection to their songs and voice (my music choices are fuelled by vocal and lyrics). LP invokes such sensations through their music that I can’t ever describe, and that power was turned up to 11 on the Omeara stage. I won’t try to describe each song for you. I know if you saw the live stream, you probably felt it too. You were right there in the room with us, spirits dancing in the chandeliers.

Each song was overwhelming in its own way, and the upbeat party tracks took the roof off. But the more vulnerable songs were a shot through the heart. The One That You Love, Dreamer, Recovery, Strange, and above all Muddy Waters – that one held us, cradled us, drowned us all in feeling. I appreciate all of you that sent the screen shots of LP holding my hand from the live stream, I know I don’t need to explain to any of you what that moment felt like or might meant to me.

It was the first time I’d heard My Body live and in full, another new track from Churches – and another uplifting lyrical masterpiece in the same vibrant frequency as Angels. Every LP album is full of high highs and beautifully bittersweet lows, but when you put all the released tracks from Churches together so far, you realise just how immaculate this album portends to be.

It’s always over too soon. When the set list is visible from the stage, it’s hard not to glance down and see what’s left. See how long you have to feel it in your heart, before you’re left breathless and sweating in the aftermath. I will stop here. There isn’t much more I could say. If you witnessed it, you know, and if you didn’t, I can only hope they release the live stream some time in the future to feel and relive the miracle.

Here Bekki ended her letter. And I just remembered, that after the concert, while I was trying to fall asleep (I had an early morning at work the next day), I suddenly started reminiscing about my very own London experience, the joy of seeing LP so close, witnessing her incredible magic, and even meeting her afterwards, and I’ve cried myself to sleep. I miss all of this so much, my wait continues, but I hope that LP’s visit in Poland in February will be fruitful.

This time I won’t let my work and my own struggles to mess up my plans. This time I hope to report on my own. But let’s get back to Omeara one last time. What I remember from the stream, that it must have been incredibly hot. Not just because of the energy, but also because of all the lights that were pointed straight at LP. By the end she must have been boiling, she was dripping with sweat.

At some point during the concert she even joked if they could move the concert to even smaller & warmer venue. And someone yelled back, “to my house”. At the end of the concert, during “Lost On You” Talayeh was crowd surfing which made LP laugh a lot. During “Muddy Waters” LP tried to break yet another tambourine, but this small instrument proved to be tougher than it looked.

And I think that I would love to watch this concert again, but this time without regrets of not being there in person. 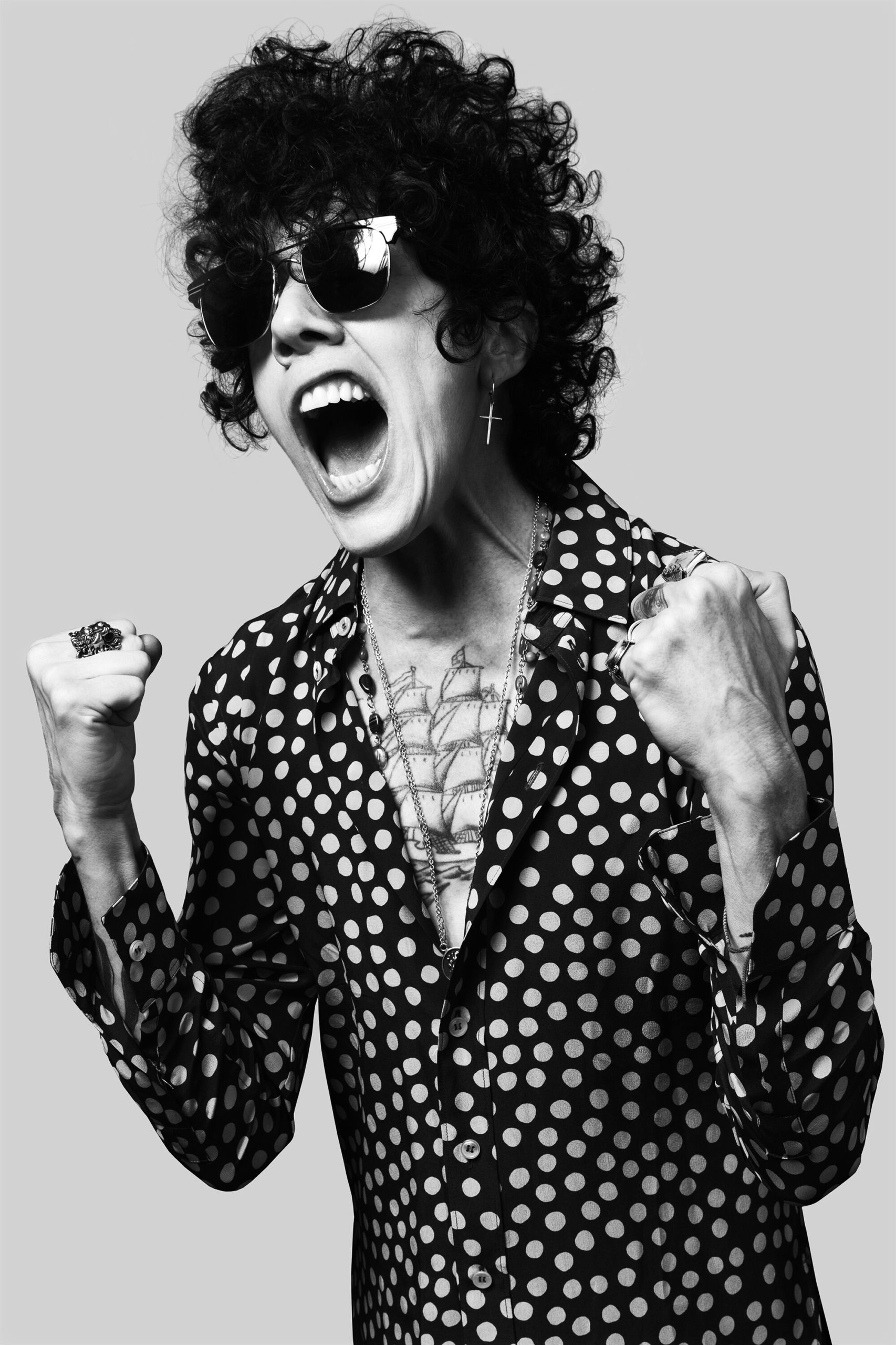 Oh Anna, these blog posts make it almost bearable not to be able to see her in person this year. Thank you for all that you do. 😍😍

Thank you Bekki and Anna for such a wonderful write up, as always! Glad my photography was of use. At the time it looked terrible through my screen and I nearly stopped trying. So glad I didn’t!

The dream team writers have done it again . Beautifully written post and so enjoyable to read. I didn’t see the live stream from London and wasn’t there either but I feel now I did see it. Being that close to an artist is something very special. That moment when you lock eyes with them, time just stands still and both of you there for the same reason. It’s precious and unforgettable.

Thank you Anna and Bekki for this amazing post. Your time will come too Anna, no doubt about that. Three times for you in your own country and no flying. “ No woman no cry”

Thank you for your kind words, I’m glad I managed to share some of the magic that was really quite indescribable ❤️

Thank you, Anna!
I always enjoy your writings. I’m looking forward to see LP in Copenhagen in March.
I started LP fan club Denmark and we are now about 400. And at least 20 times I got a song played in Danish Radio request programs, tonight TOTYL and the moderator promised to ‘get hold of’ Fighter, which I’d requested…
Tell me, who was in the band in London, do you know? Is Alex Feder somewhere else on his own tour?
Glad to see Brian there…
Maybe we’ll meet some time – welcome you to join facebook LP fan club Denmark

It was a one in a liferime experience. LP was on fire and so was Omeara. Thank you so much for using my picture too. Can’t wait until next year when I have 9 more gigs booked to see the absolutley amazing LP. Thank you Anna for this blog. 😽🤗XX

Hey, Hello. About Axel, he is on tour with Enrique Iglesias and will join the band again with LP return to the States.

It was a one in a liferime experience. LP was on fire and so was Omeara. Thank you so much for using my picture too. Can’t wait until next year when I have 9 more gigs booked to see the absolutley amazing LP. Thank you Anna for this blog. 😽🤗Xx